Hi guys, just saw episode 1 of this new ABC series Still Star Cross..silly title I thought buuut?? anyways, it dwelt with events following the death of Romeo and Juliet , the families are still at each others throats, lots of dramatic speeches although not in Shakespearean tongue and sword play, but the first thing you will notice is how much they made this series one big swirl, for both the Capulates and Monte-ques have considerable family members who are blacks, and are sometimes heads of those families.. honestly I was prepared to be annoyed as Shakespeare never did informed us that any members of the families were in fact black, however I don't think he would have mind greatly if he had seen the screen play, after all he was the king of swirl at least in literature during the Elizabethan era. he gave us
Othello. The villainous Aaron In Titus Andronicus .
And not mention the Sonnets for the dark curly haired lady
.

Annoyed was my first reaction as I pointed out, but luckily the history side of my brain kicked in and said idiot!!, your temporal bias is showing , renaissance Europe especially in Mediterranean Europe was filled with Black folks of all kinds, from royals to slaves and so it was no where unusual and in fact predictable , one such families was the Medici. 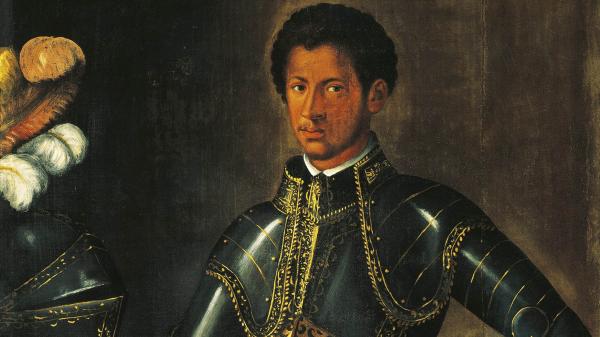 Seems like it's going to be a good show. I enjoyed the first episode.