See the highlights and figure out how they spread wild propaganda !!

Put this Site on your radar scope for future BS related dreck.


Multiple sources with links to the intelligence and law enforcement communities say that Lt. Gen Mike Flynn has turned on Donald Trump, and has already had at least one lengthy interview with the FBI.

Sources with links to the Justice Department indicate that General Flynn has already been indicted. On Twitter, Claude Taylor exclusively reported on May 14th that an indictment against Flynn had been returned by a Grand Jury and that this indictment was sealed. I can further report that Flynn’s indictment is thought to be for his failure to register under FARA, the Foreign Agents’ Registration Act, for his lobbying for Turkey. Reporting by NBC of Grand Jury subpoenas in an investigation for which Flynn is the subject, sources say, cover separate offenses of Mike Flynn’s that are linked to Russia. These are being investigated under prosecutors at the Northern District of Virginia, with an attorney accustomed to handling espionage prosecutions. 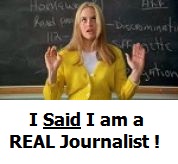 originally posted by: 3NL1GHT3N3D1
Is this you throwing out the "fake news" card for the 10 thousandth time?

LOL nothing else to whine about ?

Props on the colorfulness of the op.

I couldn't possibly compete with the likes of you when it comes to whining but I do try to keep up the best I can.

Multiple sources with links to the intelligence and law enforcement communities say...


Except there are no sources or links, period.


What sources beside the MSM, again?

He would likely be offered a chance to surrender himself, sources report, when that time comes.

Sources with links to the Justice Department indicate...


Is that indication by word of mouth alone?


Thanks for colorful highlights of the no evidence 'evidence'. All those colors makes it so more not truthful.

Until I realized this was commentary about 'sources'. I wasn't sure how / if to respond.

Psssst. intrptr And I'd argue the colorful sources make it more interesting. I am sure the colors mean something right?

posted on May, 24 2017 @ 08:41 PM
link
Well, with that many sources I reckon that it's done deal. May as well ask the same sources what President Pence will wear to his inauguration.

Ha, Mensch and Taylor. I think someone does feed them intel, uses them as pawns. Gives them a good lead once in a while.
Even a blind pig finds a truffle now and then.

Maybe they should tell us about the 35 million Podesta pocketed in Kremlin money.

Does anyone know of a truly independant unbiased media outlet? Does one exist?
edit on 24-5-2017 by D8Tee because: (no reason given)

It's so pathetic it's funny, and predictable.

posted on May, 24 2017 @ 09:24 PM
link
Just so you know O.P., anonymous sources are a cornerstone of a Democracy and a free press. They do not mean that the facts are wrong. A journalist will more than likely confirm the source is who they say they are.

I challenge you to convince me that anonymous sources have a track record of being wrong. From all the news I read, I come across with the impression that they are remaining anonymous so they can keep their jobs and are safe from repercussions from Trump. An anonymous source, "Deep Throat," was a cornerstone in unraveling Watergate.

If the main defense you have against an article is "Oh gosh! There are anonymous sources!" then I'm sorry, but you are going to lose the argument.

CNN ran a story the other day using 'someone who thinks like Comey' as a source.

The MSM outlets have been compromised.

I understand your confusion.

Ironically, Louise Mensch is a conservative former British MP and she was the chief editor of the News Corp website, Heat Street, until a few months ago. Rupert Murdoch's News Corp of course is also the parent company of the Fox empire.

She scooped everyone on the FISA warrants (based on her unnamed sources) story. Which was admittedly, a pretty impressive scoop as she was out in front of that one by weeks, maybe two months.

Since then however, she's been really going full tilt into pure CT. She hasn't quite become the anti-Trump version of Alex Jones but this blog of hers is pretty out there.

It is pretty absurd that Xeunchen or any Trump supporter would be mocking Mensch considering their own tastes in outlets.

Remember all these gems? All of them "exclusives" based on "unnamed sources" — all of them YUGELY popular with Trump supporters:

BREAKING: Comey Mandates All FBI Agents Report to D.C. Offices; Prep for Raids, Possible Arrests in Clinton Probes (thread for this got 134 flags)

That one made it all the way to COP congressmen and if I'm not mistaken, that was fake news that Trump himself repeated.
NYPD: Hillary Clinton Was Wearing “Invisible” Earpiece To Receive Stealth Coaching During Live NBC TV Town Hall (thread for this one got 82 flags)

Those were all completely fabricated. All of the threads citing them made it to the top of the front page and none of them were LOL'd/hoax binned. Find the threads and you'll see some of the very same hypocrites talking smack about how all Trump critics are "fake news," eagerly believing that garbage.

Here's one other bit of irony that's very appropriate for this thread. Flynn has had a thing for posting fake news citing unnamed sources. The one that got him the most ridicule before leaks revealed his lying and forced Trump to finally deal with him (by letting him resign) was actually the "BREAKING BOMBSHELL: NYPD Blows Whistle on New Hillary Emails" story from above.

He also tweeted a beauty from Breitbart that cited unnamed sources... of Erik Prince.

So yeah, these aren't the folks that should mocking anyone's journalism or lack thereof.

Why didn't CNN pick up on this? This kind of rumor is right up that terrorist tabloid's alley.

posted on May, 24 2017 @ 09:58 PM
link
a reply to: xuenchen
Is this the same bunch of "journalists" that reported a sealed indictment of Trump last week? Same grand jury? That must have been some good times in the grand jury room! Thanks for the chuckles!


Let's just hope that the screamers are all holding their breath until these indictments are released. Just a day or two of silence would be most grand. They seem to be attempting to peg out the Screamometer lately. It's enough to make a person pray for an EMP to allow us to pay attention to our immediate community.

posted on May, 24 2017 @ 10:03 PM
link
somebody is winning in a major way, that's for sure.
we no longer attack each other over who said what...
now we attack each over whether anybody actually said anything.
we're spending more time verifying and providing solid sources than the journalists who are supposed to be doing that in the first place.
story? what story? prove that there's a story.
they might have finally got us over a stump

I have to agree. I've noticed the political debates are becoming a little less polarised here recently. I think we're all sick of unconfirmed 'news', on both sides of the aisle.