posted on May, 20 2017 @ 04:40 PM
link
The New York Times has a story from the usual "Sources" about how China somehow found out who among their people were CIA spys !

Interesting how the story refers to possible "hacking" into the CIA systems and suspecting inside "moles" to find out this miraculous information !

according to former American officials

According to three of the officials

Details about the investigation have been tightly held. Ten current and former American officials described the investigation on the condition of anonymity because they did not want to be identified discussing the information

The Chinese government systematically dismantled C.I.A. spying operations in the country starting in 2010, killing or imprisoning more than a dozen sources over two years and crippling intelligence gathering there for years afterward.

Current and former American officials described the intelligence breach as one of the worst in decades. It set off a scramble in Washington’s intelligence and law enforcement agencies to contain the fallout, but investigators were bitterly divided over the cause. Some were convinced that a mole within the C.I.A. had betrayed the United States. Others believed that the Chinese had hacked the covert system the C.I.A. used to communicate with its foreign sources. Years later, that debate remains unresolved. 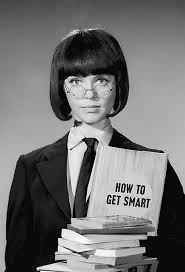