The things I saw

posted on May, 8 2017 @ 07:57 PM
link
I've posted this elsewhere but I thought I would share it here as well.
While in my stoner haze the future was revealed to me!

In 2018 the democrats will secure the majority in both the senate & house.
Five days later congress will impeach Pence first then Trump.

While this taking place Russia invades Poland and the Ukraine using tactical nukes.

NATO forces will counter strike against them.

Germany and France will be unable to wage any direct conflict due to being already controlled by radical Muslims though their underground provides intelligence and other information to UN forces.

During the second year of the conflict China enters the conflict on Russia's side. But this alliance is short lived because by this point Russia made huge gains into Europe. Russia in a surprise Nuclear attack takes out Beijing and many other government locations effectively crippling China's ability to wage war.

South Korea manages to unite the country with the support of the Japanese.

I claim no physic power or actual abilities. And, in likely hood the products of a mind under influence of a mind altering substance. I felt compelled to share these images and information I saw and heard.

I hope to hell that you are wrong. My feeling is that once one nuke is dropped by a nation the dominoes will fall and we are all done for.

posted on May, 8 2017 @ 08:08 PM
link
Well, sounds like Russia signed their death certificate. They attacked China? Heh, they'd have to be out of their freaking mind.


No way and you can call me on it later AND I will eat pie right here.

I hope to hell that you are wrong. My feeling is that once one nuke is dropped by a nation the dominoes will fall and we are all done for.

Precisely, there's also a negative side!

Thank you, I believe that what you say is a possibility, Russia does not trust china and there is a long running and only very slightly pushed under the mat territorial dispute between them with both side's claiming land in one another's territory's.
I suspect if that war occurs and turn's nuclear my nation the UK would be bombed out of the war very quickly with great loss of live through nuclear ordnance and our remaining small naval asset's would likely then seek shelter in Canada or the US. 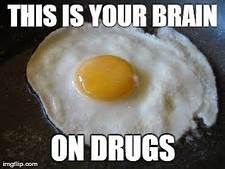 Yeah, he lost me at Democrats retaking both houses. Right now, I have a very hard time seeing that. The landscape in the Senate particularly does not favor that result.

Maybe if most of the Republicans fell over dead so they couldn't vote.

Honestly, some of the war scenarios are far more plausible.

This is one of many parts that got me.

South Korea manages to unite the country with the support of the Japanese.

There is quite the history not to mention more than a little hate towards the Japanese.

Only people that hate the Japanese more than Koreans are the Chinese.

They're more than just distrustful of China. They're scared to death of them and always have been. While Russia attacking China is possible, it's improbable.

In an antihistimine induced sleep I dreamed that tree roots began to push from the ground and attack people, sucking their bodies down into the ground, absorbing their dead flesh to generate their own schlubby hideous flesh- aided by small mutated forest creatures who distracted people with their attacks while the tree root monsters sneaked up on them. Could it really happen? Sure, but not very probable!

I felt compelled to share these images and information I saw and heard.

That is true, nearly every conflict between Russia and China has ended with Chine either having the upper hand or else decisively beating the Russian's.

And that should tell you how plausible I felt the political scenario was. To think! We're going to impeach Pence before Trump?! Nah, Pence knows how to play along.

The only reason to impeach Pence would be if we're talking end of days and it's Christian heads on pikes time which would explain how the Democrats win ... half the country disappeared in the rapture!

Somehow, I think reality will be quite a bit different whatever it turns out to be. I've never heard that weed was a reliable means of "vision questing."

posted on May, 8 2017 @ 09:31 PM
link
I can't explain it really. What I saw and heard there was a definite this will happen. So it didn't seem like a paranoia like what if, this was, it will. The seemed more real than a figment of my imagination. I wasn't looking for a vision quest more like a astral quest. Was listening to binaural beats set for a frequency of 6.3hz supposed help induce astral projection. Maybe flashes one possible future? Shown to me from trying to go from altered state of mind to another one possibly? Or like I said its all in my head and its just nonsense from a rambling mind.

Not saying you didn't see things, but we are saying they are wildly improbable based on the state of things today is all.

posted on May, 8 2017 @ 09:44 PM
link
The OP is a revenge fantasy by a downcast leftist who is unlikely to know the facts surrounding not only the 2018 political landscape, but the 2017 off-year elections where the liberals have already taken two sound beats with 4 more very likely to follow.

Personally, I have no objection to political screeds here on ATS as long as they're in the appropriate forums (usually the Mud Pit!), but to disguise one as some metaphysical "stoner" revelation, and then put it in the Predictions Forum, seems more than a little disingenuous to me.

posted on May, 8 2017 @ 09:55 PM
link
So detailed and quite interesting. So much happening these days that I would not be surprised by your detailed scenarios-
anything could happen at any time. Very thought provoking-and scary. The loss of so many souls by such evil is too much for me to consider.

And ice cream and Oreos.

Actually, I don't do drugs. Never have felt the need for them, can't imagine a life where I would.

But if I did, I'm pretty sure that's what'd be revealed to me. And I'd trust that more than what was revealed to you.
edit on 2017 5 08 by incoserv because: I could

I felt compelled to share these images and information I saw and heard.