Am I reading to much into these drawings?

posted on Apr, 8 2017 @ 11:44 AM
link
I originally posted this in the ancient & lost civilizations because I felt that there was some kind of message in these pictures. I wanted to see if anyone with knowledge of ancient writing saw any similarities. 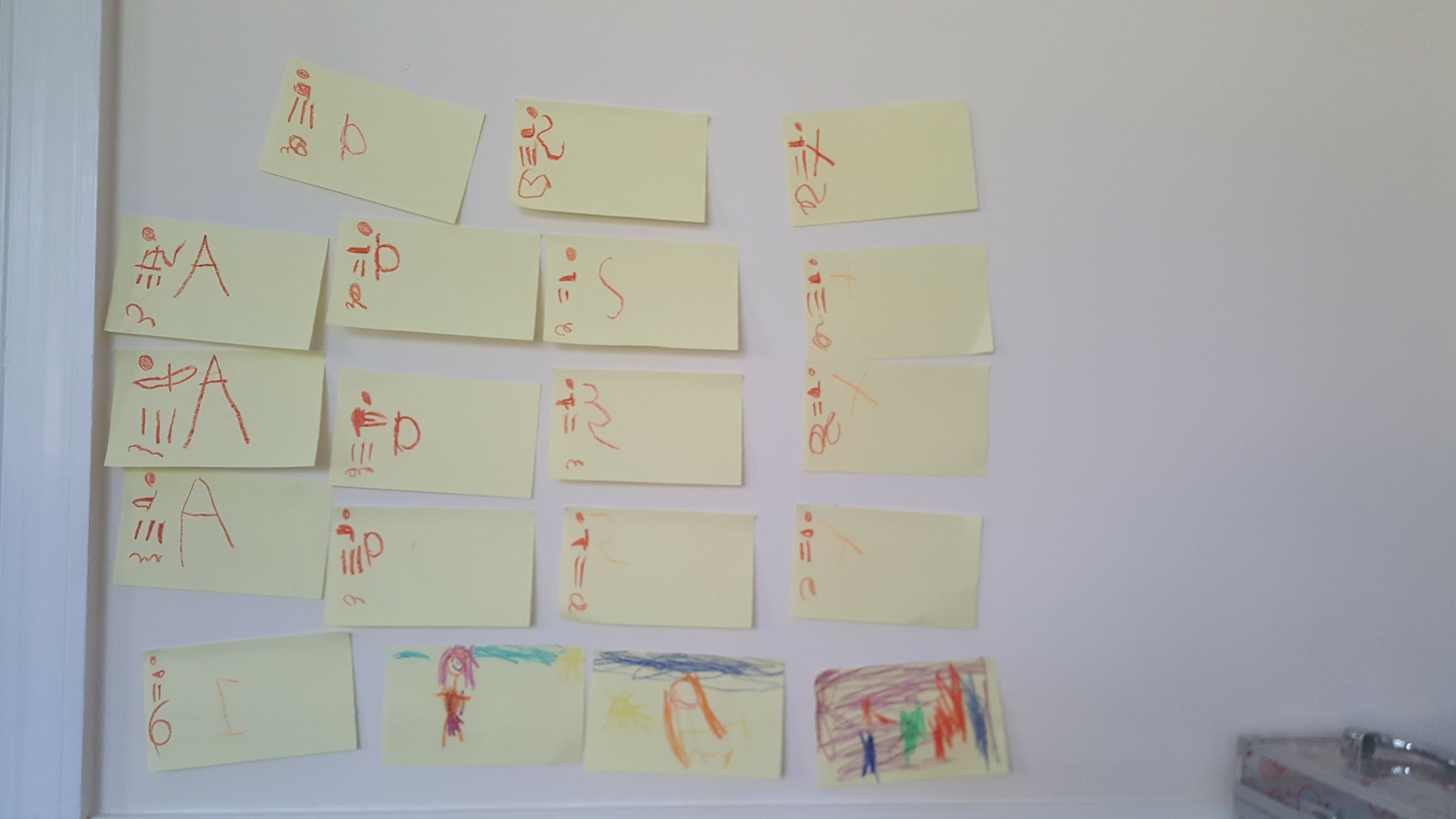 My daughter (5 years old), her friend (Also 5) and her younger sister (2 years old) drew these pictures.

My daughters explanation was the following:

The Sun,
A Bird/Plane
Grass
Worms


After some pondering I realized that these correspond somewhat to the elements Fire, Air, Earth. I think that children are a bit of a open book and can pick up on some things in the astral. Has anyone ever had a similar experience with children "picking up" on things and drawing unusual symbols?