girls are forced to board their school bus through the back door, while boys use the front one

"I think this is disgusting. This doesn't belong in Sweden," PM Stefan Lofven told reporters

"This doesn't belong in Sweden"... No ****. And yet they keep flooding in. What exactly did people expect from a religion that treats women like sexual objects instead of people? People have to be completely insane to be surprised in any way whatsoever that Muslims are forcing females into gender segregation. That's what they do.


Sura 2:223: Your women are your fields, so go into your fields whichever way you like


According to Islam, women exist for men to pleasure themselves with.


Sura 4:34: Men are in charge of women... But those [wives] from whom you fear arrogance - [first] advise them; [then if they persist], forsake them in bed; and [finally], strike them.


A woman stands up to you? It's ok, just hit her until she submits to your male authority.

Cygnis
+10 more
posted on Apr, 4 2017 @ 10:31 PM
link
What makes me shake my head so much here in America is all these people who want to bring more of them here, yet their life-style is such that a Muslim of that caliber would find honor in killing them for their "forwardness" and their lifestyle choices.

The people who have been fighting tooth and nail for gender equality and women's rights are the same ones that are importing mass populations of fundamentalists from a medieval culture that teaches men are a degree above women and that a woman's opinion is worth half of a man's.

1 step forward, 10 strides back. Just wait until Islam has a large enough population in the west to start influencing elections and setting policy... it's going to be a mess.

posted on Apr, 4 2017 @ 10:39 PM
link
Guess Turkey, Malaysia, Albania etc are not muslim countries since women can use public transport as they please ?!

originally posted by: ErrorErrorError
Guess Turkey, Malaysia, Albania etc are not muslim countries since women can use public transport as they please ?!

You don't tend to get many Wahhabists in those countries. Turkey is actually a largely Secular society.

In Syria, Egypt and Iraq, also middle eastern states, this sort of behaviour is also relatively uncommon, since their current states are established on secular principles.

Although that might change in Turkey given the strange schemes by Sultan Erdogan to reform the Ottoman Caliphate. But easy come easy go.

Plus there's the monumental effort by the House of Saud to spread Wahhabism to Europe, with an increasing number of mosques and Islamic schools paid for by them or their affiliates, and with their barbaric sub-sect of Islam comes their pre-medieval cultural attitudes.

While Sweden allows ISIS flags in their country, in the Philippines, Duterte sends the military to kill anyone flying the ISIS flag:

And for those who didn't see this video yet, Duterte believed ISIS militants shouldn't be given human rights:

posted on Apr, 5 2017 @ 01:33 AM
link
What did they think would happen? Its almost like they expected middle eastern muslims to be liberal progressives haha.

posted on Apr, 5 2017 @ 03:39 AM
link
Do you think Muslim gender segregation includes a secial place for trans-gender et al?

Anyway, I find this type of behaviour a real worry for countries in the West where the treatment of women and girls has been equalised across society. If groups are trying to drag the Western norm to another place where women and girls are treated as second class, then that's truely problematic.

In fact, what's really problematic are the blinkers and gags on some of those groups that promote feminism and the cause of women. For some reason, when it comes to addressing cultural issue they are silent and actually seem to defend this type of behaviour. They seem to think that Muslim women and women from backward cultures do not deserve the freedoms of white Western women. They are wilfully complicit by their inaction.

all Muslims are the same. But the ones who disobey the norms and are thus not real Muslims, are living in those countries you mention and they don't feel the need to run to the west. We must import the ones from places where women are second class citizens, and the men of military age feel it's best to leave and conspire against their hosts.

have you not seen the world lately?

You man, you get in via the front of the bus. Have a nice ride. Your beard is perfect.
You woman, get in the back. You are not allowed to look anywhere but down.
You, uhh, whatever you are, you sit in the middle. easier to behead you there. And if you move, we will throw you off a tall building.
You, unknown even to yourself, you stay off the bus, we don't take kindly to your deception. Get the cage and the flamable liquid.

Who said you need separate toilets? you will not need one...

posted on Apr, 5 2017 @ 11:01 AM
link
I expected that.
Islam is not for people who want to have a chat with a friendly deity and find their inner peace. It is a means to conquer other countries, slowly but surely.
They have time, they smile and tell you that most muslims are just like us and then we find out that they actually aren't at all.

It's going to be slow and it's going to be democratic. More and more muslims will come and pretend they are soooo westernised and they will wear our clothes and start getting into power, all legally.
Once a certain point has been reached, they will slowly introduce new laws, change old ones and will get enough votes because the areas they represent are 99% muslim.

And never forget that there will be plenty of western people who will join them. I see more and more British women in hijabs. Why? I thought a muslim in the western world could get away with just being modest. After all it doesn't say in the koran that they need to be covered up.

Yet it seems that the muslims that are conquering the world are far more 'old fashioned' than the muslims in certain islamic countries [such as Indonesia for example].

This is a prediction that will exactly happen like that. I even think that we already missed the boat. Mark my words!

If there are any actual moderate muslims, are they not shaking in their boots at the possibility that their religion will drag down civilised countries???

I am just glad I am already older and don't have kids that will have to live with our cowardice and PC rubbish that will spell the end of our culture. It was nice living in the western world whilst it was free from this religious disease.

Havn't these people seen yet, that the only way to stop the boys from growing up thinking of women the way they do, is to grow up together... girls & boys in the same schools, same classes, same entry into buses etc etc.. If they continue this way of living, the raping of boys and girls will continue.. they need to see eachother as equal, not separated by gender!

These issues shouldbe taught in their schools! In fact they shouldn't even have separate schools for Muslims... we shoud not have allowed this divisive tool into our Societies, its no good for anyone. 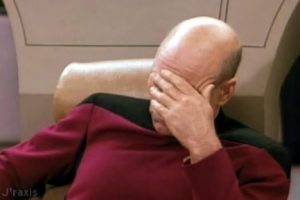 I think your probably correct, but...like you, I'm up there in years and as things and people in the US have changed, I really don't care much what happens in the future. Looks to me like about 50% of the US population will end up getting exactly what they deserve and I seriously doubt the other 50% will step forward to help them. And when the time comes that other 50% has to stand up for itself..............it'll be way too late.