New information: FBI was with the terrorists at the Garland attack. 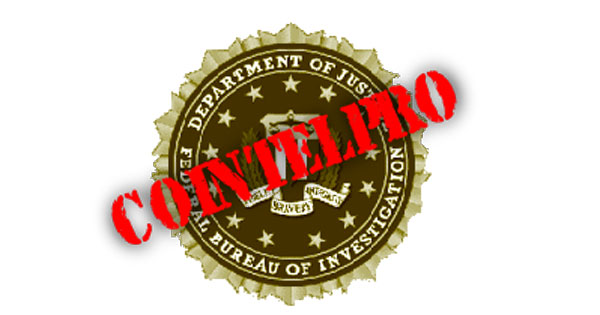 60 Minutes investigates first ISIS-claimed attack in U.S. and what the FBI knew.

The undercover FBI agent was in a car directly behind Elton Simpson and Nadir Soofi when they started shooting.

Anderson Cooper: The idea that he’s taking photograph of the two people who happen to be attacked moments before they’re attacked.

Anderson Cooper: What would you want to ask the undercover agent?

Dan Maynard: That’s right. Yeah. After the trial we found out that they had had an undercover agent who had been texting with Simpson, less than three weeks before the attack, to him “Tear up Texas.” Which to me was an encouragement to Simpson.


So we learn that an FBI undercover agent was in a car behind the terrorists and was taking pictures as the attack happened...

We also learn that a "special agent" of the FBI had actually been texting one of the suspects, Elton Simpson, using the phrase, "Tear Up Texas"...

The agent is arrested trying to speed away...

If you’re wondering what happened to the FBI’s undercover agent, he fled the scene but was stopped at gunpoint by Garland police.

This is video of him in handcuffs, recorded by a local news crew. We’ve blurred his face to protect his identity.

Dan Maynard: I can’t tell you whether the FBI knew the attack was gonna occur. I don’t like to think that they let it occur. But it is shocking to me that an undercover agent sees fellas jumping out of a car and he drives on. I find that shocking.


If the FBI was involved with or as some have suggested, running this attack, it would not be the first time.

Take the case of the "Newburgh Four", in which the presiding judge, Colleen McMahon, said on record:

Judge Colleen McMahon – who put the Newburgh Four behind bars – slammed the FBI.

"Only the government could have made a terrorist out of Mr Cromitie, a man whose buffoonery is positively Shakespearean in its scope," she said in court.

She added: "I believe beyond a shadow of a doubt that there would have been no crime here except the government instigated it, planned it and brought it to fruition."

And then there was the case of Emad Salem and the first WTC bombing.

The FBI was to build a fake bomb and give it to their informant.

But after the bomb turned out to be real, Emad began to record all of his conversations with the FBI (hundreds of hours in total), realizing that they had been set up.

Emad accuses the FBI agent of replacing the fake bomb with a real one only to then blame him.

He also says that the plan was fine until a FBI Supervisor intervened and provided a real bomb:

Mr. Salem talks of the plan to substitute harmless powder for explosives during another conversation with agent Floyd. In that conversation, he recalls a previous discussion with Mr. Anticev.

Salem: “…we was start already building the bomb which is went off in the World Trade Center. It was built by supervising supervision from the Bureau and the DA and we was all informed about it and we know that the bomb start to be built. By who? By your confidential informant. What a wonderful great case!”

"Do you deny," Mr. Salem says he told the other agent, "your supervisor is the main reason of bombing the World Trade Center?" Mr. Salem said Mr. Anticev did not deny it. "We was handling the case perfectly well until the supervisor came and messed it up, upside down."

The FBI fights terror... they don't encourage it.

ATS members are more aware than the general public but its still scary.

These agencies operate in secrecy and we dont know what theyre doing.

posted on Mar, 27 2017 @ 02:36 PM
link
Isn't this the same Garland attack that was partially inspired by the "Jewish troll" who pretended to be an ISIS member?

Joshua Ryne Goldberg (born 1994 or 1995) is an American internet troll, who was arrested by the U.S. government for allegedly distributing information about bomb-making techniques as part of an attempt to incite acts of Islamist terrorism on the 14th anniversary of the September 11 attacks. He reportedly did this by posing as a Lebanese-Australian jihadist affiliated with the Islamic State of Iraq and the Levant (ISIL or ISIS).

Goldberg first received widespread media attention under his alleged Twitter handle "Australi Witness" following the Curtis Culwell Center attack, a terrorist attack on a Garland, Texas exhibit featuring images of Muhammad in May 2015, in which two assailants died in a shootout with police. The "Australi Witness" persona, had, posing as a Perth jihadist, called for an attack on, and posted maps of, the center where the exhibit was taking place, and praised the jihadist attackers in its aftermath, and was retweeted by one of the assailants before the attack.

And here's a second article about him which goes into even more detail:

Makes me wonder how the FBI's connected to this part of the story.

Sounds to me like the FBI needs to be reorganized along with the rest of the swamp. I wonder why we are just now hearing about this. The cowardly and criminal of an FBI agent who just drove away during the Garland incident needs to be on trial. If I was a member of the Garland police department I would be beyond angry and looking for answers directly from Mr. Comey. As a citizen I am beyond angry and really confused as to exactly what game they are playing with American lives and the lives of many around the world.
edit on 3/27/2017 by DJMSN because: (no reason given)


Too bad Texas didn't catch the undercover guy with them....

essentialtremors
+13 more
posted on Mar, 27 2017 @ 03:07 PM
link
Makes you wonder about the guy in the woods at Sandy Hook and the unknown suspect at the Gabby Giffords shooting and many many others...

Sounds to me like the FBI needs to be reorganized along with the rest of the swamp. I wonder why we are just now hearing about this. The cowardly and criminal of an FBI agent who just drove away during the Garland incident needs to be on trial. If I was a member of the Garland police department I would be beyond angry and looking for answers directly from Mr. Comey. As a citizen I am beyond angry and really confused as to exactly what game they are playing with American lives and the lives of many around the world.

But, but, but...we're suppose to trust the IC

This place confuses me, people say they don't trust the media yet the media is the first source they go to and link to on these boards.

60 Minutes used to have a very good reputation, but Scott Pelley has ruined that reputation. How this element of truth has made it out into the sunshine is unknown to me, but I'll take it anyway.

The FBI is a very corrupt organization, and it absolutely loves the play in the garden of the GWOT. It makes them look good in the eyes of the gullible.

bigfatfurrytexan
+1 more
posted on Mar, 27 2017 @ 06:05 PM
link
I keep saying that we need to dump the DEA, DHS, ICE, ATF, and FBI. US Marshalls can be used to oversee any US law enforcement that would be needed. The military can handle the borders. Kill the CIA and make it a DIA function. Kill the IRS and tax at points of sale. If the federal government wants to be involved in policing, then invest money in making our police departments better, and use the Marshalls to keep them honest.

9/11 happens. The terror threats take front page for a year after that. Every Western police department and agency gets huge increases to their budgets to watch for and stop terrorism....

...turns out there are not as many terrorists out to destroy the west as the MSM would have us believe. We didn't realize this until AFTER our reliable politicians jumped on the MSM hype wagon and told everyone THEY were the ones to keep us safe and to do so they were going to increase the budgets for law enforcement and military to make sure we stayed safe.

Now the politicians flipped on law inforcement and instead of spending money on keeping Islamic extremists OUT of our countries, they are getting their country club memberships paid off by letting them INTO the country.

Shrink their budgets and endorse eventual lay offs within law enforcement to reflect the ACTUAL threat of terrorism. Or,

Create reasons to keep their budgets and their numbers growing.

For people like me. The answer is a no-brainer.

Anderson Cooper: People brag about stuff. People talk big. One of the difficulties for the FBI is trying to figure out who’s just talking and who actually may execute an attack.

Seamus Hughes: That’s the hardest part when you talk about this, right. There’s a lot of guys who talk about how great ISIS is. It’s very hard to tell when someone crosses that line. And in most of the cases, you see the FBI has some touchpoint with those individuals beforehand. There had been an assessment, a preliminary investigation or a full investigation. It’s just very hard to know when somebody decides to jump.

Yet the FBI agent, who texted to him "tear up Texas", flew to Garland and was literally right behind him as he began the attack, is given a pass?!


What the flying PHUK has this country come to? People can make fun of how paranoid I am at times but when you read stuff like this how can you not be?

Traitors are living among us and need to be hung!

sure sounds good to me. Shame some who need to hear it likely wont.

posted on Mar, 27 2017 @ 11:47 PM
link
Other than violent crimes which should temporarily adopt a stricter burden of proof, I honestly don't even see how a single citizen could be tried at this point for anything knowing just how evilly persuasive and dirty handed the government is or just for fairness sake, who are you to take years of my life away for say, printing a neighborhood currency when the entity trying me is the source of drugs, an instigator of terrorism, accomplice to murder, etc. Id laugh if the government told me no no to a damn thing at this point.

I know you're jk but he's totally right. I have a lot of respect for US Marshals. I feel that of all the LEO's out there, they are, by far, the most reputable ones. Honest, have integrity, etc, etc.
I could think of at least 12 different agencies who should take note of their policies and make changes.

I share the exact same sentiments. Until law enforcement, legislators, and the justice system can get their # together, I see no reason to acknowledge or adhere to their authority. At this point I see them only as predatory and self serving. They are to be defended against--with deadly force, if necessary. For anyone to threaten me with a deadly weapon, force, or loss of freedom for Non-violent or victimless crime, is inexcusable and unforgivable. Especially when their kind are the most criminal among us.
edit on 28-3-2017 by Jimmycrackerson1 because: (no reason given)
edit on 28-3-2017 by Jimmycrackerson1 because: (no reason given)