Can dry carbonic acid be used to fight fires?

posted on Mar, 14 2017 @ 03:45 AM
link
As the Greek myth goes– Prometheus the Titan stole stole fire from Mount Olympus and gave it to mankind, seeing as they were suffering from the cold. God has punished him for this act by having him chained to a rock. Every day the heavenly eagle flied to Prometheus and pecked his liver, thereby dooming him to eternal tortures.

Since then heavenly fire has spread to every part of the earth. Each person had a fireside at his home which kept him heated in the cold days of the year, helped in cooking food, and warmth spread across the house. Prometheus, became the symbol of sacrifice and goodness.

But not always a similar idyll accompanied the life of a person. Occasionally the wrath of God reminded him of itself, and trouble kicked in. Fire escaped from captivity of the furnace, and created terrible destruction. 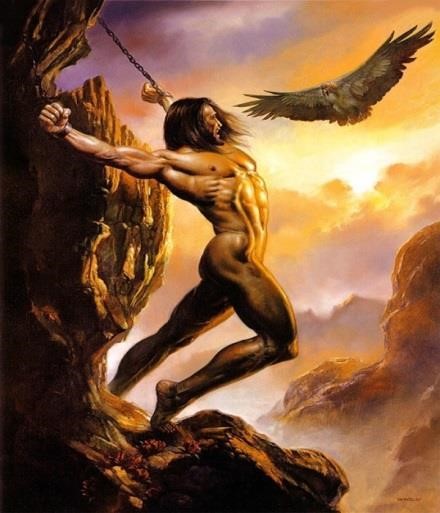 In such moments people began to hate the heavenly fire, and the one who has brought it to this world. But enough with these lyrics.

Eventually it paid off to build stone houses in cities and settlements as that in comparison to the wooden ones they were much more durable to fires .

But the depressing statistics of fires tells us that it is necessary to improve the fire extinguishing means and training of the population with elementary rules of the safe handling of fire. 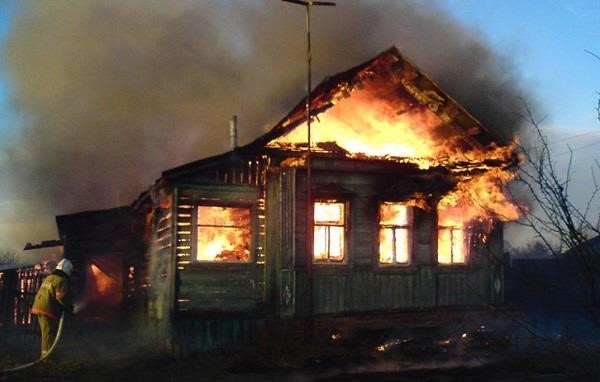 Especially dangerous and economically expensive, in today's time, are wildfires. They arise as a result of natural phenomenon, human carelessness and disorder.

The suppression of such fires, as a rule, is a very difficult thing to do, especially in remote places far from concentration of fire-prevention equipment. In the path of such deadly fires are not only forests, but villages, settlements and cities.

In the world there are today more than 220 countries in which 6.9 billion people alive. In those countries there are annually 7-8 million fires in which about 85-90 thousand people perish.

[U]I will give you an example[/U] - About a third, that is 200 of 600 million hectares of the Russian woods officially (!) are out of the fire protection zone, and across this territory there are no reliable statistics about the quantity and spread of these fires.

These fires eventually become very large because of the difficult approachability for the fire-prevention equipment to places of ignition. 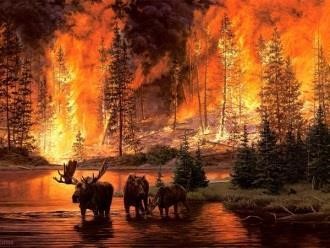 Therefore when not dumping enough of large amounts of water into the fire zone, and in the presence of strong wind – the flame only expands more.

The most effective method of fire suppression is the method in which the center of ignition loses access to oxygen which sustains the combustion. In general these are foam generators. The foam produced by them envelops combustion products with a layer of the bubbles from the foam solution, impenetrable for the oxygen in the air. If you cover a burning candle with a can, then the flame of candle will go out in only a few seconds.

But the most effective remedy of isolation of a flame from the oxygen in the air, is carbonic acid. As it will hit the fire zone, the flame will be covered in a gaseous cloud, blocking for a short time the access of oxygen to the flame. 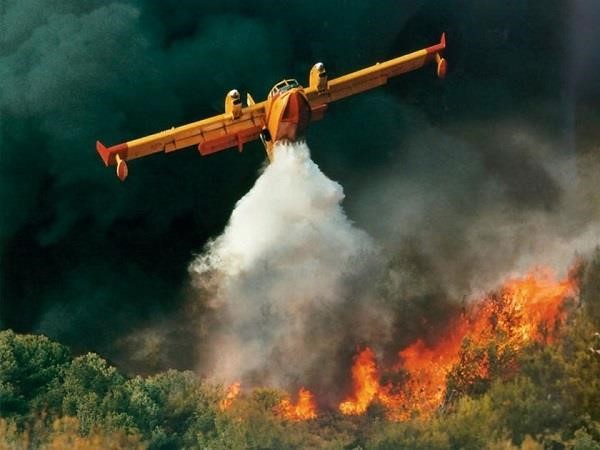 But how to use such an effective remedy like carbonic acid, at suppression of large fires and local ignitions in premises where existence of carbon dioxide fire extinguishers is limited because of their rather high cost and expensive production?

Dry carbonic acid (dry ice) is produced from liquid carbon dioxide . Inside a dry ice pelletizer, the liquid carbon dioxide is expanded under controlled conditions to form dry ice snow. This snow is then pressed through an extruder plate into round, hard pellets (elongated grains with a diameter of 3 mm or 1.7 mm according to the used extruder plate) for dry ice blasting purposes or into larger pellets/dry ice slices/blocks for cooling purposes. 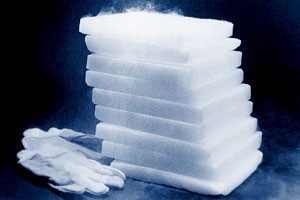 This gas is not toxic and is applied to gassing of drinks.

For broad use of carbon dioxide gas with the purpose of fire extinguishing, it should be packaged in special containers, in the form of dry ice. Such containers will be supplied with explosive elements that have the necessary power. The main task of the explosive –to spray the carbon dioxide gas as much as possible in the surrounding space. 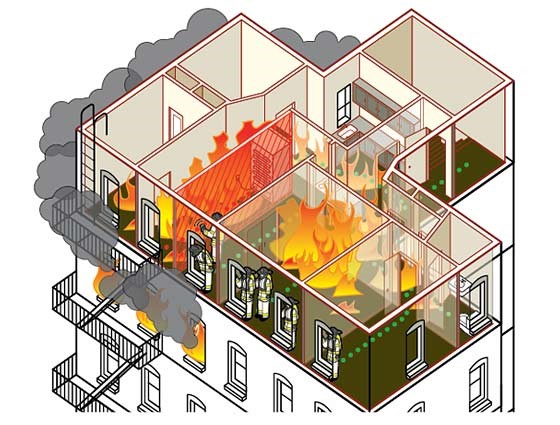 If the fire is an apartment, then the dry ice in the container has to be enough to neutralize the oxygen in the room, and the explosion has to be small. If the person realizes that he cannot cope with the fire, then he throws a container with the gas into the room and closes the room’s door.

The gas released from container will suppress flame in the room and in a small period of time it will be possible to come in the room, finish extinguishing the smoldering ignition remains with the usual means.

In case of big ignitions in large territories, it will be necessary to use military aircraft, filled with containers of the necessary explosive power, and the corresponding volumes of dry ice.

How it is supposed to look - In military warehouses at airfields there will be a stock of containers with carbon dioxide gas with different explosion strength and volumes of the dry ice. If it is necessary to extinguish a forest, then the force of the explosion has to bring the gas to the tree tops in a fire that is mostly in the tree tops.

If a field or a settlement burns, then the force of the explosion has to be small, but with the large volumes of carbon dioxide gas in the containers. The containers themselves will be made of a decomposing material. 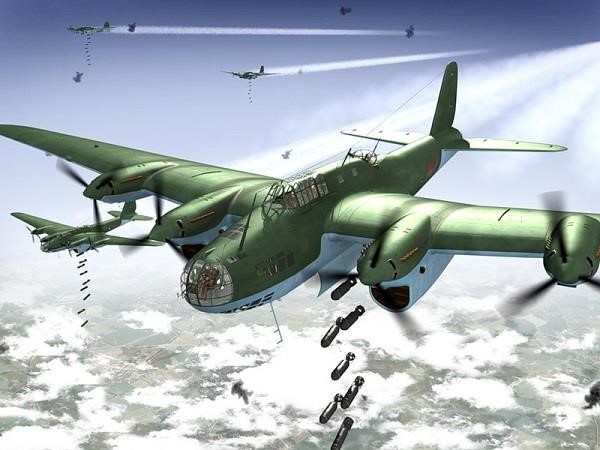 Small containers formed in big blocks, for fast loading into the airplane and their distributions on the inside. The system of automatic dumping of the containers from the airplane in fire zones has to be thought over.

It is possible to assume how the whole process of fire extinguishing will proceed.

From the notification services, in the closest airfield to the location of the fire ,arrives information about a fire. Airplanes are loaded with the blocks prepared earlier, with containers of the dry ice, the certain brand corresponding for suppression of a certain fire ( forest fire,* industrial enterprises, etc.).

A group of airplanes flies to the fire covering significant ground in order to do “carpet bombing”.

Airplanes come into fire zone, considering the direction of the wind and its force. The load is dumped early so that the arisen wave of gas cloud will crawl over the burning site. 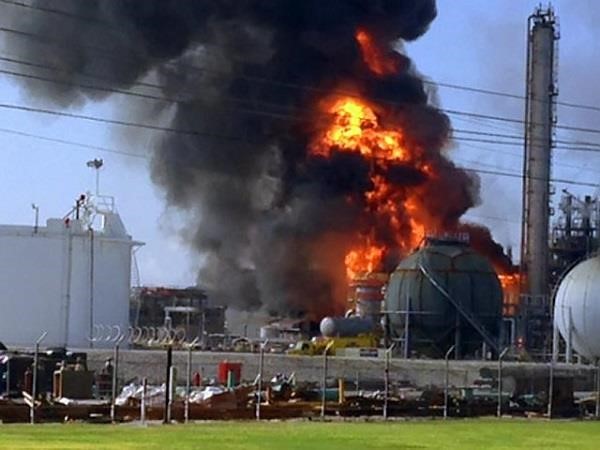 The next wave should be ...(Continuation in the comment section)
edit on 14-3-2017 by OlegK because: Fixed the title

posted on Mar, 14 2017 @ 03:45 AM
link
Continuation -
The next wave should be airplanes – water carriers to extinguish the remaining smoldering sites since perhaps there could be a repeated ignition on this site .

Efficiency of such fire extinguishing tactics has to be very high. Big territories, not only the natural woods and fields, but also settlements and human lives will be saved in a short time. And military pilots will get additional experience in bombing.

Here is a video in which the carbonic acid efficiency in suppression of fire is demonstrated:

It is important to state that this is a global issue, as by extracting and storing CO2 the amount of carbonic acid in the atmosphere will decrease and it will lead to a decrease in the rates and level of global warming in the planet since CO2 is the main factor of the Earths heat.

Thank you for reading.
I would appreciate your input.

Hate to tell you, but the technology has come and gone.

1880's paper on Carbonic acid as a fire extinguisher

I am well aware that liquid Carbonic Acid is used but that is not what I am proposing .
I am proposing to use it in a solid state .
edit on 14-3-2017 by OlegK because: (no reason given)