posted on Feb, 9 2017 @ 11:59 AM
link
Probably one of the coolest gods in pre-Columbian South America. A half jaguar man, a controversial hero with questionable but efficient methods who thought he was beyond good or evil. Not too much available information about him but the little we know about him is certainly enough to make me dedicate a thread for him and his little secret. 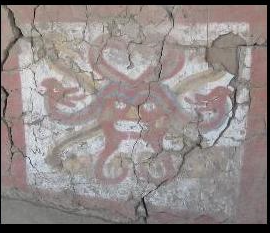 Ai apaec (from the Mochica Aiapæc [a.ja.pøk] or [aiapøk]), also called degollador was the chief deity of the Mochica culture, was one of their gods punishers, the most feared and adored, is also called the headsman. Ai Apaec was worshiped as the creator god, protector of the Moche, a provider of water, food and military triumphs.

A misleading interpretation of the artistic representations of Ai Apaec would make you think he was a deity similar to those with more than 2 arms in Hindu culture. Well, maybe those are branches of a plant called Ullukchu or Ulluchu, not arms. 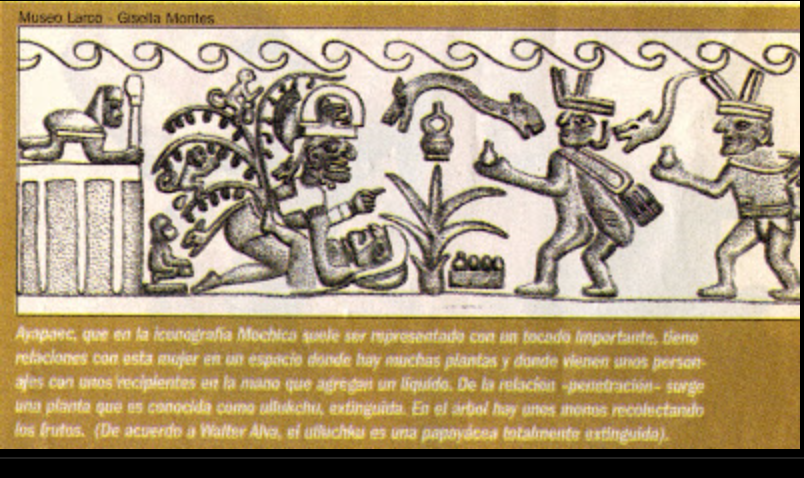 Looking at this iconography, I can tell how mad Ai Apaec was with those 2 guys interrupting him when he was enjoying a romantic moment with that Moche chic behind the bush. Never do that to a half jaguar man.

Often depicted in these sacrificial scenes is a sort of seed pod floating in the air over flying priests or bound victims marching off to be sacrificed —a grooved, comma-shaped fruit with an enlarged calyx. Because of its shape, archeologists have generally called the plant ulluchu, a Quechua term meaning penis pepper,

No doubt why Ai Apaec and the priest-warriors liked to have such a plant always near him all the time if we consider its extraordinary properties. Notice those ulluchu fruits flying all over in this pic. 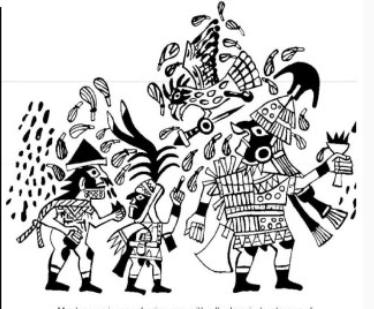 While the existing literature on Guarea seed compounds is fragmentary, Bussmann and Sharon believe that a concentrated dosage of ulluchu seeds, if ingested, would increase heart rate, elevate blood pressure, and widen blood vessels. This would make it easier to extract sacrificial blood — and cause those surprising erections.

We can guess the positive effects of one little shot of "Moche Powder" in warriors just before a battle. Like an ancient version of Van Damme in "Universal Soldier" getting those "cooling shots".

Getting the blood to flow quickly would certainly aid in sacrifices, Bussmann thought. And it would explain why the soldiers about to be sacrificed appeared to have erections in the scenes that Moche drew.

Sadly, I have to end this thread with bad news. The plant is extinct. Scientist were doing all they could to find it but this is the closest they came :

Archeological excavations at the ancient Moche city of Sipan and the tombs of Dos Cabezas unearthed actual desiccated remains of the fruit. And true to the Quechua translation, the plant indeed has a phallic shape.

About Ai Apaec, last time he was been seen was in The Marvel Universe. I told you he is really cool. 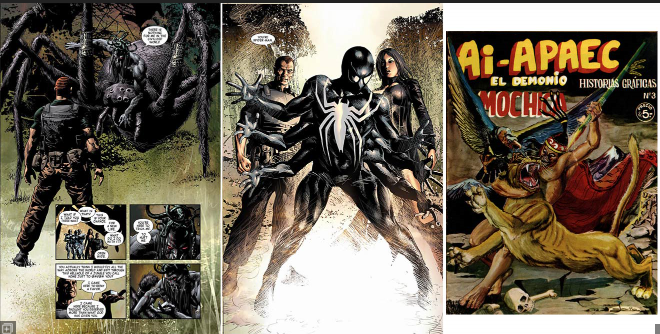 
Looking at this iconography, I can tell how mad Ai Apaec was with those 2 guys interrupting him when he was enjoying a romantic moment with that Moche chic behind the bush. Never do that to a half jaguar man.

Looks to me like he's asking those two guys, "Did you bring the booze and viagra? Yeah? Put it over there."


Looking at this iconography, I can tell how mad Ai Apaec was with those 2 guys interrupting him when he was enjoying a romantic moment with that Moche chic behind the bush. Never do that to a half jaguar man.

Looks to me like he's asking those two guys, "Did you bring the booze and viagra? Yeah? Put it over there."


Totally possible. Actually he also seems to have a service monkey behind, collecting the fruits for him.

posted on Feb, 9 2017 @ 08:35 PM
link
The Moche were incredible perverts IMO. I took a pre-Columbian graduate level art history course in college and for some reason I never got the text book, but did my research in my local public library. Well, the Moche art works we studied in class from the text book were incredibly boring compared to the pornographic pottery I found studying other sources.

It was like they portrayed every conceivable sex act possible in their pottery. I told my professor about all the perverted art pieces I was studying from the other sources and asked him why he never showed it in class. He praised me for my studies and agreed they made a lot of pornography pottery, but never told me why he never mentioned it in our class. Even the Moche collection that was displayed at the local museum (DIA) at the time didn't have any examples of that, although they were very prolific in their production of porn art from what I discovered on my own.