posted on Feb, 1 2017 @ 12:46 AM
link
That's another symptom of the dishonesty of our society. It's a disgrace.
Who isn't striving to be the best at what you do? We use enhancements in our every day life. Almost all of us buy sthg that could be seen as supplement to ease one of the things we feel are in the way of us performing better.
Pain medicine. Coffee. Nicotine. Probiotic yoghurt.
But if a poor gladiator looking for a way to make us proud of him and represent our country is looking for a way to improve his endurance it's wrong somehow? Why?
Most countries are involved, heck I remember a team of Austrians escaping the doping control through the windows.
In our daily lives we think about technological implants to make things easier. I'm not asking for that, no motors and rockets. But just cut the crap. Sports is full of doping. Just like society.
Even the European holy cow of sports. 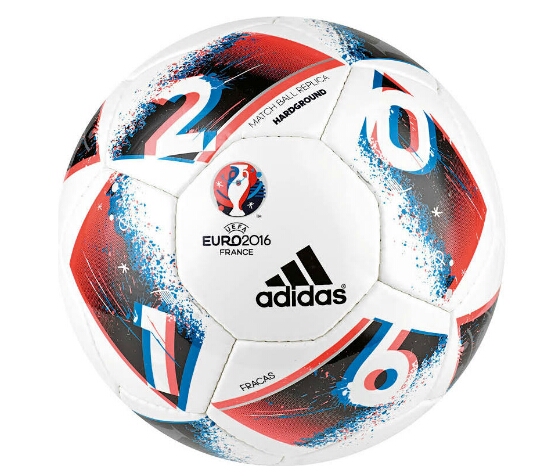 posted on Feb, 1 2017 @ 12:52 AM
link
I dope just for the "Roid Rage." J/k. I despise cheaters and wish everyone could be alot more fair across the board. Sports, politics, employment, whatever. I think most people outside the elite agree.
edit on 1-2-2017 by Illumimasontruth because: (no reason given)

What is fair? Do you know your little cream you rub on your joints contains stuff that's considered doping? Most likely.

From one "outside of the elite" to another, if you would get to decide what your environment should be like, wouldn't it be nice to just celebrate freedom? Enjoy that we can express our opinion in the best not-harming-others way.
To be free I have to be able to voice what circumstances I really live in and what I need to make that better. There should be a rule that minimum wage doesn't have to pay taxes at all. I really am all for solitary citizens income. But that would be a compromise.
And in sports and everywhere else room to breath would be nice, not? It's not glamorous at all. We could have it so much better if we'd redefine the rules we live by. Radically. Sports, politics employment, what have you.

I'm natural within reason. But I get you here. Vinegar makes for a shi# deodorant and it never ends. Our best chemists struggle a bit with this stuff and where lines are drawn. To me its about common sense and putting in the real effort. Lines drawn would be nice. Then enforce those lines for everyone. That's a good start.

posted on Feb, 1 2017 @ 06:10 AM
link
Not into sports whatsoever, but I've always thought why not just allow for a "doping" category of competition as well?
Let's see how crazy they can get!!

Ixnay on the oping day...

You are not supposed to talk about it. Like everybody is on the take. Get away with as much as you can as fast as you can! It is the modern way!

Cheat on your taxes. Lie on your resume. BS your way to a better job. Lie, cheat, and steal at every chance you get. Then b1tch like h3ll when somebody screws you over.

It is the American Way!!!

(Is that the gist of your ire? "Wtf is wrong with a society that lets this happen with a wink and a nod"?)

How is easing pain the same as cheating? I'm really trying to understand and not be a jerk.

I've been a competitor in both tennis and equestrian sports (not anywhere near elite of course but decently up there in equestrian for my region). I've had stunning wins, dismal failures, and bare misses at first place. But to me, if say in tennis, I won a championship because I used some illegal substance to seriously up my stamina and shot power, then I couldn't deeply accept it as a win. Like the couple of suggestions here said, if they wanted to make a specific games or sport where anyone can freely dope, have at it. I won't be interested but I am one piddly voice. But why should we be OK as a society with cheating?

Being OK with "society being full of doping" is bothersome to me. I am not OK with a society of cheats no matter how much someone tries to smooth it out. Now, is it realistic to think a society will exist under perfection? No of course not...but that doesn't mean i have to like it.

So then, let's say for a moment the NFL just chills and says, fine dope all you want. Now what? I love the Packers. I want badly to believe they didn't bribe officials in the Dallas game, but for a moment let's say it was proven.

Here is my challenge to you. IF it was proven, this instant, that Green Bay paid the officials for calls, then are you OK with that? If you are, then well that's consistency and I'll salute you for it despite thinking it abhorrent.

But you might respond, well clearly paying a ref is not the same as doping. Then I have to respond with, why and how can you compare a Vicodin to heal pain or a cup of coffee with HGH? A cup of coffee is free, legal, and will give you a slight boost. Then again, a pack of Sports Beans will give you a boost. But are you really trying to compare probiotic yogurt with HGH?

Vicodin relieves pain and allows us to function at a normal capacity that we have already developed. HGH gives us a chance to move PAST our normal capacity in an unnatural way.

About your OP problem, the only thing that people will take away is that, "It is only X's problem". They never see that it become endemic in other aspects of society. There was a thread where I responded how cheating in another country was so bad that 57% percent of doctors were essentially acting directly against the Hippocratic oath of "do no harm" because they did not know what they were doing.

I then said it is present in my field: IT. That is what happens when nobody stamps things like doping, cheating, lying, falsifying documents, entering the country illegally, cheating on your taxes,... and the rest of the downfall of western civilization. It spreads like a cancer. Integrity is gone. Freedom is to take whatever you can grab then turn and run!

Not even sure how to change the world. But I am tired of being angry at it too.

True....it IS endemic. It's become acceptable to cheat and that's a huge problem to me. Just because it's a sport we should be ok with it?

No you're not supposed to be okay with it.

But you're definitely taking my rant too literal. It's really more about how it has become symptomatic for our society, first place or you don't exist. The things people do to achieve that.
As long as I'm one step ahead of legislation and methods of doping control, I am good, right?
What exactly are the rules we live by? Is it the law or is there more?

There's plenty of reward in doing things the right way. A shrinking percentage of people understand and live by this. Those who don't, continue to get ahead, but only within their narrow targets.

Pro athletes pumping themselves full of HGH and steroids are sacrificing both their bodies and their personalities (hormone changes.) The students and workers able to do more because they're scarfing down speed - doctor prescribed or otherwise) are sacrificing their ability to experience pleasure (reduction in dopamine receptors.) The db who got the job with a fake resume - he/she is probably going to fail miserably at the job.

None of the above will be as fulfilled as someone doing things the "right" way. I say let them have at it.