Yes yes, I know many here do not like TYT but I do, especially since Johnny boy nails it, but you know what's even more weird??
the sound of silence coming from the Jade Helm posse, remember those guys??, Obama was to invade Texas that turned out not to have been a thing, all are now quite 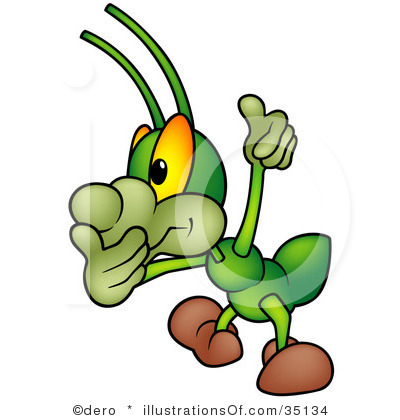 The president really really need to get the hell off tweeter, I am 75% certain the next hot war is going start because of a tweet not well thought out.

I can assure you no wars will be started over tweets, most leaders with enough power to potentially challenge the USA would not do so over a tweet.
But I feel civil war is a possibility.

When youve got morons galore constantly drinking the anti Trump kool aid and even going as far as doing mock assasinations in front of their students anything is possible.

originally posted by: IkNOwSTuff
Your title made me laugh

I can assure you no wars will be started over tweets, most leaders with enough power to potentially challenge the USA would not do so over a tweet.
But I feel civil war is a possibility.

When youve got morons galore constantly drinking the anti Trump kool aid and even going as far as doing mock assasinations in front of their students anything is possible.

posted on Jan, 26 2017 @ 04:25 AM
link
He states Trump does "not have critical thinking" but then his policy and the reason he was elected is because he was critical of how the Dems and Liberal approach was killing the country be it economics etc etc ..


Just more hot air, why not wait for 12-24 months and see what has happened, also the TYT are about as discredited as CNN...

posted on Jan, 26 2017 @ 04:45 AM
link
It's like Opposite Day for the anti-Trump crowd. They say something and the complete opposite happens. I expect peace and properity.

First there was no road to a Trump presidency. Next, everyone was going to move out of the country if he became president.

Well he became president and nobody left. Instead they rioted and looted in their own communities.

I also remember the whole idea that he won't accomplish anything. Because he says one thing and does another, yet continues to come through with his promises to his supporters. Now, he is going to start a war with a one-liner on Twitter. Sorry, but I can't take you or the rest of the anti-Trump crowd serious anymore.

I'm glad he still uses his twitter, because you can't get honest news from MSM. MSM has been triggered to the point of turning themselves into tabloid news, which is the main problem in my opinion. They continuously fill the left with anger and propaganda.

I don't care what he does.

You just CAN'T say Trump is going to invade Chicago and get my hopes all up that he's going to kick Rahm Emmanuels liberal butt back to the stone age, then snatch the rug right out from under me like that!!!

posted on Jan, 26 2017 @ 05:48 AM
link
There is another thread on this is which ways are being discussed that the Feds can be sent into Chicago that do not involve massive troops movements.

For example, back in the days of The Untouchables, the Feds were basically sent into Chicago against Al Capone. There were a couple of task forces. One was the group of Elliot Ness fame and it was comprised of LEO agents (they were a special division working on Prohibition issues back then) that never was more than 50 men and got cut down to 11 by the time of the story of The Untouchables.

The other was the group working on the tax evasion case which was composed of desk jockeys.

The whole was aided by extensive wire tapping.

There was never any massive troop engagement, but it was an invasion of Federal jurisdiction into the city and this might be something similar. A task force of agencies whose jurisdictions cover the relevant gang problems with powers to apprehend and prosecute under RICO statutes for example.

Meanwhile back at the white house they're serving Anti-reality koolaid.

Trump lives on the stuff.
It convinces him he had more attendees than Obama at his inauguration and more votes than Hillary and that three million illegals voted in our last election.
It makes him talk about himself in the third person.
It makes him tell lies.
I bet the homeland security people he met with yesterday never said torture works. Like he claims.
It makes him delusional.
He thinks he can tell states and other countries what to do.
Yeah koolaid.
If there really was anti trump koolaid. I'd get a crop duster and spray it over Washington.

Wish I knew how to embed. You don't mess with the Trump.

posted on Jan, 26 2017 @ 06:12 AM
link
This is the ultimate test to whether one is actually for blacklivesmatter or not. He's trying to save lives.

The president really really need to get the hell off tweeter, I am 75% certain the next hot war is going start because of a tweet not well thought out.

I'll agree with that but I see the issue of it being Donald Trump tweeting. Another President can use twitter, it's a message that goes straight to the masses, the new middle man.

On the issue of Chicago, the people living there have been trying to get help but it falls on deaf ears. The mayor does nothing and Obama ignores the city until it's time for someone to throw rose petals at his feet (wasn't he the Senator?).

That was three years ago and alarm bells, white flags, smoke signals, protesting for any kind of help has been going on for far longer than that, long enough for mayhem to erupt when everyone's favorite pimp, Al Sharpton steps on the scene. You know it's bad when they aren't even trying to hear what he's selling.

A majority of murders/deaths are the result of gang and gang related activity. Reinforce and augment the gang division in the Chicago PD with Federal help and funds, hell i'm sure they can use the Rico laws. The Feds went after the mob, why can't they go after the gangs. The cops are ineffective in their current tactics.


It convinces him he had more attendees than Obama at his inauguration and more votes than Hillary and that three million illegals voted in our last election.

I never heard him say he had more, only that he had more than the MSM showed, he definitely had more TV viewers
I highly doubt Hillary won the popular vote legitimately, the few places recounts took place it always showed her numbers were inflated and I have no doubts given Obamas encouragement and what was at stake for them that many illegals voted in the election. It may have been 3 Mill, it may have been less but it may have been more.

If you think Voter fraud doesnt happen your delusional, its just a matter of finding out on what scale it happens, if they found out it was more than 3 Mill it wouldnt surprise me.

It makes him talk about himself in the third person.

It makes him tell lies.

I hear alot of talk about his lies and racism etc yet I never see any evidence of it, just people playing semantics and exaggerating or deliberately distorting.
So far he appears to be keeping every promise his made, I cant tell you how impressed Ive been by his honesty and efficiency, Seriously when was the last time you saw any elected leader not only follow through with campaign promises but doing so immediately?

I bet the homeland security people he met with yesterday never said torture works. Like he claims.

No idea what your referring to

It makes him delusional.

Is that the same delusion that he possesed when you all said it was what made him think he could actually get voted in?
If it is he should refine and bottle that delusion cause its so delusional it becomes reality.
Thats an interesting thought, is it still delusional if it actually happens?

He thinks he can tell states and other countries what to do.

Im yet to hear about him telling any other sovereign nation what to do and even if he did it would just be par for the course with US presidents.
As for telling states what to do, if your referring to him telling them to uphold federal laws or ensure there citizens safety I would have imagined that was one of the things an elected President should do, maybe Im just crazy.

If there really was anti trump koolaid. I'd get a crop duster and spray it over Washington.

I have no doubts you would, your hate is irrational and when sane people get irrational it just makes them more irritable and irrational when every when else isnt in on their irrationality.

If you still hate him in 4 years based on the things he did in office then fine but as it stands right now you hate him due to the fact you have been fed a deliberate and constant stream of negativity and biased propaganda regarding his character and capabilities.
I know you dont see it that way and the only comfort I can take from that is you are in the minority and everyday people are waking up and realising maybe the world wont end and more than that maybe, just maybe, it will get better.

Im optimistic about what Trump will do and so far so good, if he turns out to be a dud and full of shyte I promise to start hating him as much if not more than you do

Here's the absurd part to me. Chicago has about 2.8 million citizens. The Chicago metropolitan areas has roughly 10 million people. So even with the violence there, it's an incredibly small fraction of the population that's involved. And the number of shootings is ridiculously small when compared to the actual population, like far less than one tenth of one percent. But that won't stop some people from salivating over the idea of martial law over the entire city or entire demographics within the city.

posted on Jan, 26 2017 @ 08:41 AM
link
Ya Trump should do nothing and he should just mind his own business and let the blacks in Chicago kill each other at record pace. Emmanuel has done so well doing anything to change the uptrend in killings unless you call blaming the cops for all the triggers that cause black people to mostly kill black people in the hood! Liberal fuzzy logic amazes me!

originally posted by: burgerbuddy
He can federalize the national guard.

And what would that accomplish? Do you want the President to use troops to kill American citizens? More over, do you want that just because they disagree with you politically like the poster a few posts up wanted?