Melbourne's CBD is in lockdown and witnesses are reporting horrific scenes after a car ploughed through Bourke Street Mall, with police confirming one death.

Shots were reportedly fired, while aerial vision shows riot police armed with assault weapons prowling through what is still a live situation.

An overturned baby pram has been photographed at the scene, with one witness telling Sky News he was told the infant "may not have made it" – though those reports are yet to be verified.

Others on the scene have reported that as many as 20 pedestrians may have been struck by the vehicle as it careened through the teeming plaza. 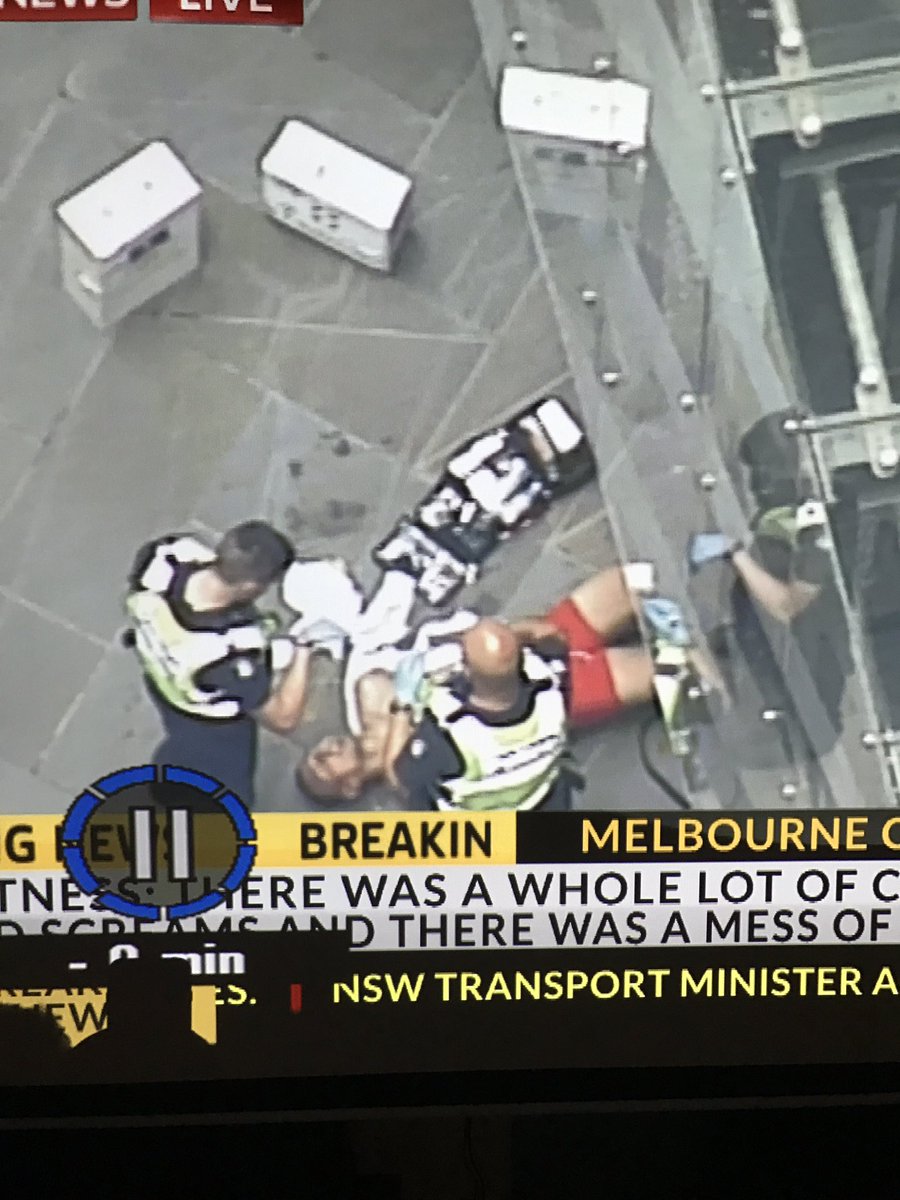 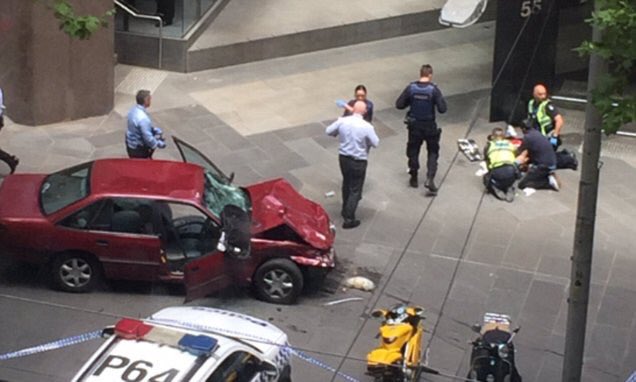 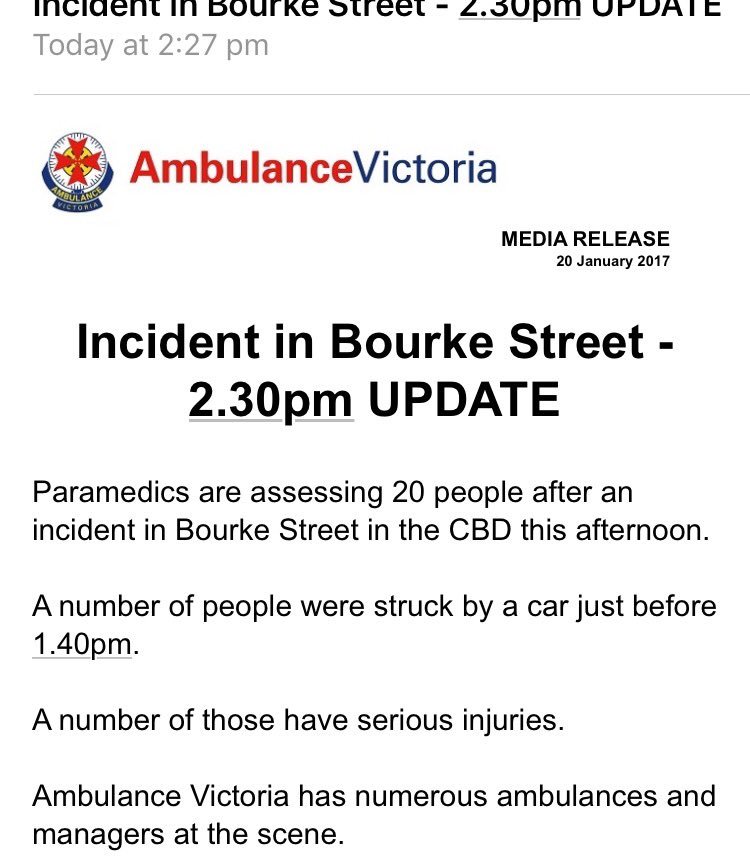 Somebody need to start ridding the free world of these monsters of religion's shadows.

Thats really messed up, I cant see anyway this could be an accident.

posted on Jan, 19 2017 @ 09:38 PM
link
a reply to: Agit8dChop
Saying a little prayer for all involved. When will this sort of stupidity end? Hope the culprit gets his due.

There are some real monsters in the world if they'd do that to a baby. 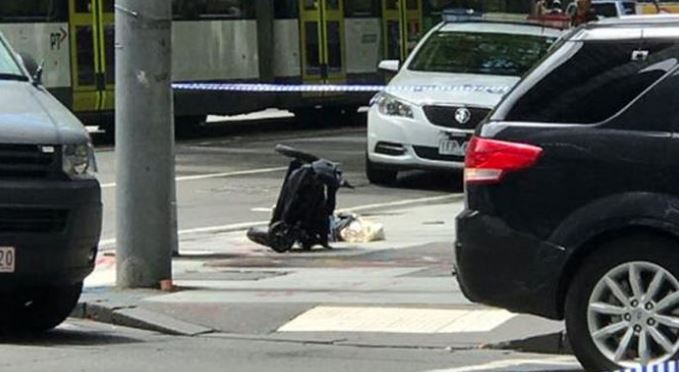 These vehicular attacks have been becoming more and more common.. Nice, France, and the recent attack in Berlin.

What gives? Is this the new thing for a holes who want to cause senseless pain and killings?

posted on Jan, 19 2017 @ 09:44 PM
link
Pretty gruesome on Sky News mother and a pram mown down,driving down the sidewalk cleaning up people.Police statement in 15 mins.

Up to 20 people have been treated for various injuries, including a toddler after a man driving an out-of-control vehicle hit the crowd just before 2pm.

This is just sickening.

It's high time the earth was rid of anyone that could do this to innocent people.

Cars and trucks are everywhere and are easy access. They know those will not be banned unlike firearms.

I would pay for 5 minutes alone with one of these lice...... I hope they don't start kicking off here in nz because they will be hoping the police get to them first.

Its being reported that the car was doing donuts at an intersection resulting in a police chase,
The car turned down the side street mall and started running people down, including the pram.
A police car rammed the vehicle and a bunch of cops fired into it, pulling out the driver and a passenger.
I don't think it was an accident or the cops wouldn't have shot into the car once it was already stopped.
I think the cops know what it was.

The burnouts to me look like he wanted to gather a crowd / attention before his real plan of mowing into people.

Flinders station is the iconic piece of melb, the Australian Open is also on right now.. its midday on trumps inauguration day.. police press conf in a few minutes

I would pay for 5 minutes alone with one of these lice...... I hope they don't start kicking off here in nz because they will be hoping the police get to them first.


When the locals are fed up ... and start attacking anyone who looks like they don't fit in ... you will restore peace to your lands.

If you wait for the government ... I assure you ... you will only be waiting for more of the same.