One of my favorite subjects is zoology [1] , its a research area where you actually could learn more about yourself than anything else society can offer. I was digging and researching around in a field called artificial intelligence [2], mostly cause of a TV-serie called Westworld, [3] but when i was researching i stumbled upon another topic called Geomagnetic Imprinting [4]. I once did a research topic on imprinting and made a thread;" Saving the Whooping Cranes ".[5]. If you havent read it, and are interested in the field, do read it.
--

Several marine animals, including salmon, elephant seals, and sea turtles, disperse across vast expanses of ocean before returning as adults to their natal area to reproduce. How animals accomplish such feats of natal homing has remained an enduring mystery. Salmon are known to use chemical cues to identify their home rivers at the end of spawning migrations. Such cues, however, do not extend far enough into the ocean to guide migratory movements that begin in open-sea locations hundreds or thousands of kilometers away. Similarly, how sea turtles reach their nesting areas from distant sites is unknown.

The geomagnetic imprinting hypothesis for sea turtles and salmon, described in a 2008 paper [ Free - PDF ] by the Lohmann Lab [6] published in the Proceedings of the National Academy of Sciences[7]
, proposes that these animals imprint on the magnetic field of their home areas when young and then use this information to return as adults years later.

In psychology and ethology, imprinting is any kind of phase-sensitive learning (learning occurring at a particular age or a particular life stage) that is rapid and apparently independent of the consequences of behavior. It was first used to describe situations in which an animal or person learns the characteristics of some stimulus, which is therefore said to be "imprinted" onto the subject. Imprinting is hypothesized to have a critical period.

In behavioral biology, imprinting refers to a special form of learning. Although precise definitions of imprinting vary, the hallmarks of imprinting are that the learning occurs during a specific, critical period (usually early in the life of the animal), the effects are long-lasting, and the learning cannot be modified easily. For natal homing, the concept is that migratory marine animals learn to recognize the unique magnetic field of their home region before leaving and can then identify it when it is time for them to return. [.....]

Is the hypothesis plausible?

Yes. Sea turtles are known to detect inclination and intensity, so they clearly possess the basic sensory abilities required for such a strategy. Less is known about the magnetic sensing abilities of salmon; at a minimum, however, they are known to sense the Earth's field and use it as a kind of compass. For now, the geomagnetic imprinting hypothesis is the leading explanation for how animals such as sea turtles, salmon, and elephant seals are able to migrate across vast expanses of ocean and then return to the same specific geographic areas where they originated. 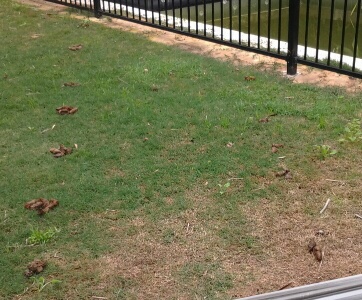 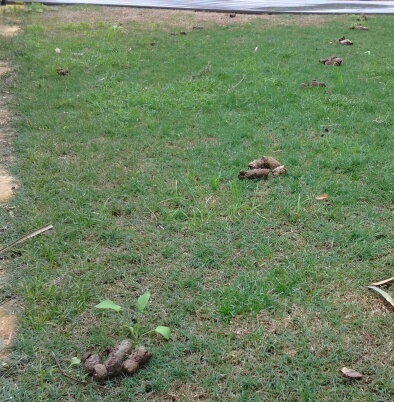 originally posted by: CovertAgenda
a reply to: tikbalang
My dogs sh!t along ley lines... does that count?

Look at the size of that weed near that one pile. Maybe you can box it up and send the crap to Colorado.

Awesome Op, thank you!
I know cats have some sort of magnetic connection and never considered ocean life or other animals for that matter to have such an ability!
will watch vids another time, I am happy to subscribe to this thread!