posted on Nov, 13 2016 @ 06:18 AM
link
On October 30, 2016. FBI Director Comey announced that a reopening of sorts into the email scandal of Hillary Clinton. He was praised by Hillary and assumed everything would be OK. Several days later he announced there was nothing to the 650K more emails. Hillary thanked the FBI Director again for doing his job and clearing her name. This is where she was just a bit wrong. Unknown to her at the time. It may have been one of the things that caused her the Presidency of the United States. I suggest that FBI Director Comey did this for a reason. He would hope it was just enough negative information about Hillary. This would help Donald win. It also gave Donald the ability to load the Supreme Court with Conservative leaning judges for the next decade or more. I suggest this was FBI Director Comey intentions from the beginning. He played a sneaky hand and it worked for him.

The real problem was not Comey , but rather the Clinton suck factor.

The dnc did the impossible and found the only candidate that could out lie,out scandal, out corrupt, and out evil trump.

Trump should thank the dnc .

Bill Clinton made sure to have the fbi undercontol after the AG meeting in the tarmac. Someone had some information that the fbi didn't want out there and they were in cya mode. Comey did not appear to want to make that announcement.
edit on 291130America/ChicagoSun, 13 Nov 2016 06:29:43 -0600000000p3042 by interupt42 because: (no reason given)


Or
He had to look like he was doing something

Opened it so he could exonerate her again before the election
edit on 13-11-2016 by Raggedyman because: (no reason given)

posted on Nov, 13 2016 @ 06:28 AM
link
I agree with your assessment. Hillary also carried a lot of negative baggage of her own. To many Americans remembered her history. If the DNC had been fair. Senator Bernie Sanders may have beat Donald Trump.

Come on, please, that's just desperately looking for some scapegoat.
Clinton foundation, plus lobbyists, plus calling basically half of the population deplorables... she really didn't need help to lose.

posted on Nov, 13 2016 @ 06:35 AM
link
Everyone is being blamed for this loss....except Hilarry. It's called "Deny and redirect"...deny all accusations and re-direct attention to the nearest possible scapegoat.

This WHOLE mess is one persons' fault; Hilarry herself. She cheated every step of the way and still lost...kinda sad!!


I suggest that FBI Director Comey did this for a reason. He would hope it was just enough negative information about Hillary.

i have 2 theories on this on sadly its nor working with trump.

1) - Comey brought this up again so he could get it closed down to prevent it being brought up again in the future. to prevent Hillary from being arrested while in 4 years in office as the FBI had told congress it would take the 5 years to release the emails the them. This would cover her presidency.

i feel Comey was deep in Hillarys pocket and she had dirt on him of some kind. His FBI partner accepted $500,000 from the Clinton i beilve to the FBI's wife bank account shortly afterwards
edit on SundaythkSun, 13 Nov 2016 06:52:30 -0600America/Chicago0Sunday2016201630 by lSkrewloosel because: (no reason given) 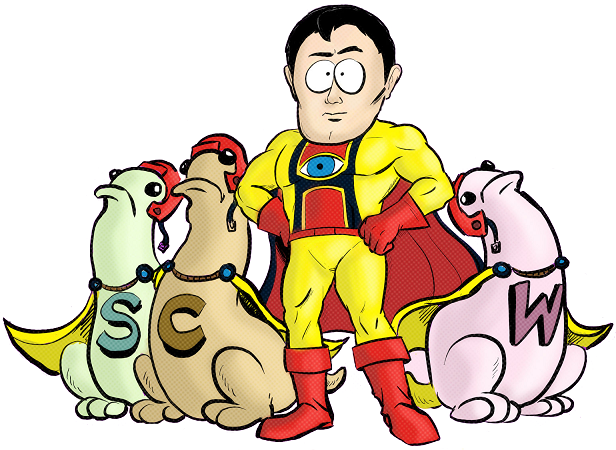 posted on Nov, 13 2016 @ 07:43 AM
link
i would say Comey did his best to cover up for Clinton, Remember the laptop and it's contents were found weeks before it was announced, And then it was only announced after the FBI and NYPD threatened to revolt, If comey had his way we probably would never have heard about it, Comey is a bought out useless Nitwit. Hillary only has herself to blame for losing, And the DNC should never have picked her to run, The could have chosen forest gump and he would of had a better chance of winning than her.

unsure of how full proof this is

Text"It was just learned that one of the closest people to Hillary Clinton, with long-standing ties to her husband and herself gave more -- this just came out -- gave more than $675,000 to the campaign of the spouse -- the wife -- of the top FBI official who helped oversee the investigation into Mrs. Clinton's illegal email server," Trump said Monday at a rally in St. Augustine, Florida. "So the man that was investigating her from the FBI, his wife runs for office and they give her more than $675,000 to run."


On Sunday night, the Wall Street Journal reported that Virginia Gov. Terry McAuliffe, a close ally of Bill and Hillary Clinton, had helped raise more than $675,000 for the campaign of a candidate whose spouse is an FBI official. That official later turned out to have a supervisory role in the investigation of Hillary Clinton's use of a private email server for government business.

posted on Nov, 13 2016 @ 08:34 AM
link
All also true. She did make many mistakes. It still beyond me why people would vote for a person with her reputation. It would have been a different turn out if Senator Sanders would have been the DNC choice.

posted on Nov, 13 2016 @ 08:47 AM
link
I don't think he was trying to harm Hillary's campaign. If he wanted to, he could have recommended charges, which would have been far more devastating to her campaign.

posted on Nov, 13 2016 @ 09:48 AM
link
You don't get it. The FBI was determined it would be re-opened and Cromey was on the cutting board. The stuff in their investigations and in the Clinton foundation ones. There are white hats there. There are 5 ongoing investigations. One of the 5 is now "set aside temporarily". And even NYPD. This is not just going to be pardonable charges brought, the kind Obama can interfere with. These involve Epstein and pedofile nature, these involve Treason. And when he re-opened, he had to. Don't think he had a choice. The reason it was "shelfed" is a good word. Not folded, just put away. It didn't meant it couldn't re-opened at any time. But the reason it was shelfed just before the election, is because Obama's Loretta Lynch head of the DOJ, was blocking all charges from being laid. There was a complete obstruction to Rule of Law and the only way this can be dealt with is if the criminals themselves are not in power.

In other words, Trump had to be in.

I guess you don't.

But this is far from over.

This issue and the obstruction of justice is why alot of last minute voters, voted Trump!
edit on 13-11-2016 by Unity_99 because: (no reason given)

posted on Nov, 13 2016 @ 09:54 AM
link
This election is being fought even in its after throes, as if everyone's butts are on the line, because in reality they are. And unless he betrays the public, he'll appoint those special prosecutors in January. I wouldn't count on that if I was Podesta, Hillary, Bill, Huma, and a host of others. Wouldn't count on that one bit. Don't think he's going to betray everyone's trust in him to get justice.
edit on 13-11-2016 by Unity_99 because: (no reason given)

He had a chip on his shoulder for the Clintons since the 2008 campaign.

Plus, Hillary's emails have proven Obama communicated on the private system too.

And don't dismiss all the government reports that proved everything.

Can't have the President involved can we.

originally posted by: xuenchen
I think Obama directed Comey all the way through.

He had a chip on his shoulder for the Clintons since the 2008 campaign.

Many people seem to forget how much the Obamas disliked the Clintons during that election. In fact, I would argue HRC was given the cabinet role to mollify the anger so many democrats felt against Obama because of her loss. Further, remember the race card accusations that flew back and forth? Geraldine Ferrarro's comments?

When I read this, I wondered if he wasn't purposefully letting HRC twist in the wind:

Obama won't criticize FBI director over Clinton email investigation
edit on 13-11-2016 by loam because: (no reason given)