In the latest provocation between Turkey and Iraq, the Turkish military begun deploying tanks and other armored vehicles to the town of Silopi near the Iraqi border, in a move the defense minister said on Tuesday was related to the fight against terrorism and developments across the border. 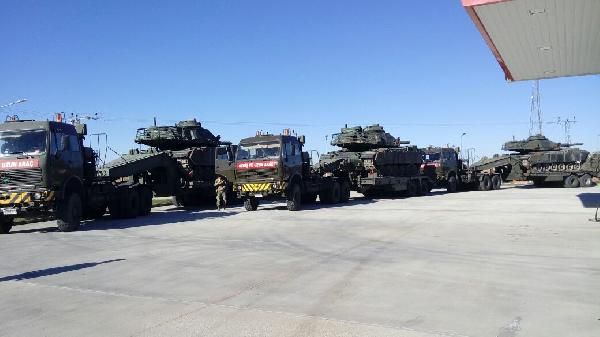 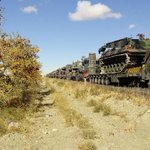 Iraq's response, as expected, came fast, and in a tweet by the official Twitter account of the Iraqi Popular Mobilization Units fighting ISIS in Iraq, the PMU said that "Any Turkish invasion of Ezidi Sinjar will face the full force of the Iraqi PMU to defend our lands from Turkey", effectively threatening Turkey with war should Turkey's tanks cross the border.

Honestly what the hell is happening, its like we truly are reaching critical mass.

The PMU isn't really threatening, they are just stating the obvious. It's not a threat to state that you will defend yourself.

I seem to remember reading that 1,400 isis ran the Iraq army out of mosul with hardly a shot fired.

if the Iraq army can`t hold it`s own against a handful of rebels they don`t have much chance against a well equipped,well trained real army.

Turkey shouldn`t be sending military units into a sovereign nation uninvited but I guess they are just following the U.S. example in Syria.

It's a bad idea to state that they will defend themselves? Why?

posted on Nov, 1 2016 @ 01:03 PM
link
a reply to: Tardacus
Wisdom. Didnt the Iraqi army even surrender to the press during Desert Storm ? Its bad when your military surrenders to civilians....

Imagine the Shiites and Sunnis seeing and hearing Mahdi (ISLAMIC MESSIAH) ordering them to fight in his name. Yellow desert one day, red desert the next.

Clueless ignorant mortals fighting to the death in the name of their Messiah (djinn).

Iraq's army has been decimated and even with US "rebuilding" is a far, far, far cry from its former self. They have no air force anymore if that says anything. Iraq cannot even retake the current battle for Mosul (one city) from ISIS by itself.

Turkey will invade Iraq to compliment its invasion of Syria with Russian and Shiite Iranian suuport. US is about to be on the outside looking in as Russia/Turkey/Iran run the both the Syrian and Iraqi operations.

posted on Nov, 1 2016 @ 10:09 PM
link
They have had about 25 tanks inside of Iraq outside of Mosul for months now. I guess Iraq has had enough and said no more to reinforcements??