posted on Oct, 19 2016 @ 07:14 PM
link
This election cycle is sewage.
Isn't this conspiracy...this seems like it should be a crime. this is trying to commit false acts in order to sway a political election...grrr

Conspiracy to incite violence is a crime.

The DNC and that party should be investigated and prosecuted to the fullest extent of the law.

Unreal... WE NEED TO VOTE THESE PEOPLE OUT.

originally posted by: SaturnFX
This election cycle is sewage.
Isn't this conspiracy...this seems like it should be a crime. this is trying to commit false acts in order to sway a political election...grrr

We are witnessing the culmination of every single strategy that has been used to coerce the masses in voting for their servitude.

What used to get you labeled a "tin foil hat wearer" has now been exposed as the modus operandi of the elite pulling the strings in the background.

It has been this way in every election, we simply have a more awakened populace due to the internet, information is not so controllable and the psy-ops are blatant.

We are being forced to face the evil that exists and honestly this recent exposure is barely scratching the surface of how they see the masses, it is with utter disdain.

Does anyone know for sure what the means? It's all over in the emails!


originally posted by: IgnoranceIsntBlisss
Okay, so this word "HIT" they DNC uses in reference to their planning upcoming media show appearances, I've seen it twice so far: 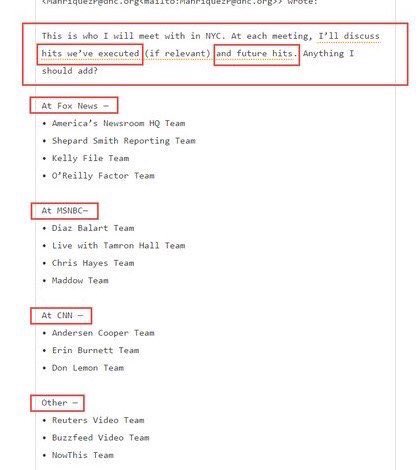 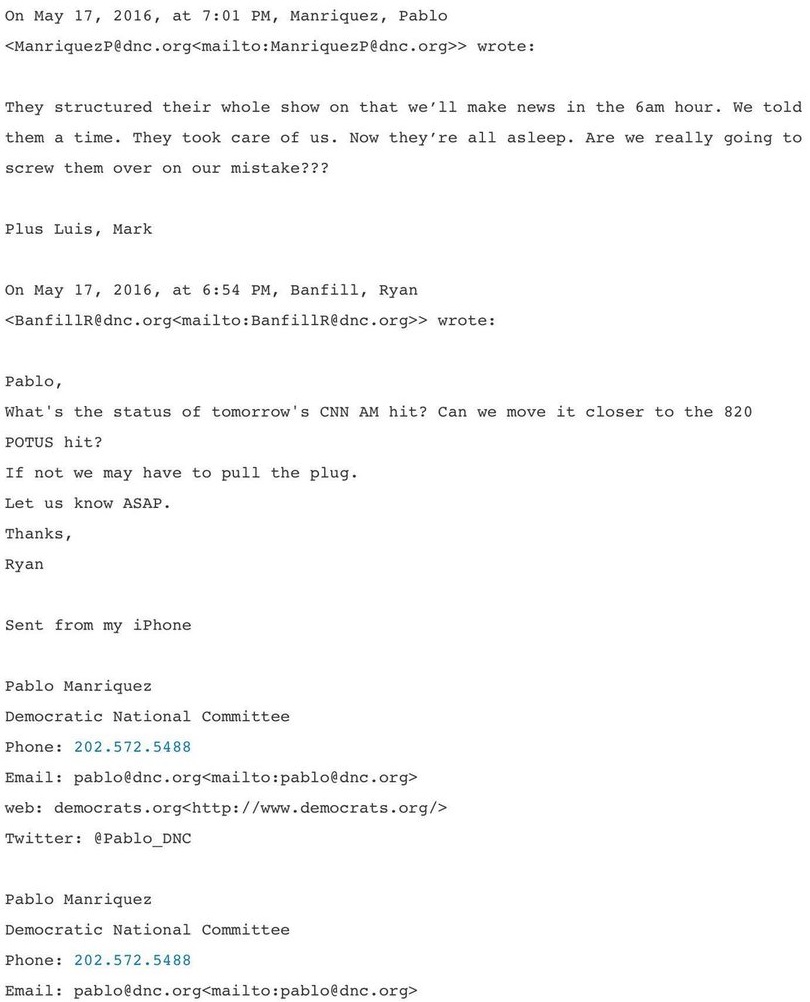 If we could get it 'verified' exactly what they're saying by "hit" that would help make sense of this.

But it will be ignored, the source will be attacked, and if all else fails the guy in this video will be fired and called rogue.

I knew the media was corrupt, but the ignoring of these videos and the Wikileaks has exposed them for what they truly are. Hillary may when the election, but she is such a bad candidate that the establishment is having to expose themselves to get her across the finish line, and as a result more and more people are waking up to the establishment corruption.

They would. But it's not going to happen. Furthermore, Mrs. Clinton is going to be the next leader of the free world. So, we'd better buck up, quit whining and enjoy the sweet taste of victory.