US Freedom & Democracy is long DEAD

Just wanted to have a quick rant

Ok so... never in my life have I seen so much corruption

It's unbelievable how much support Trump has evidently via social media, Public displays, his rallies and conferences are staggering huge, his support is vast

What has really firstly confused me... Secondly opened my eyes to a big OMFG moment is the fact I see little to no support for Hillary on social media... except a vast numbers of public figures, government officials, actors etc coming out to support Hillary

The Media is all pro Hillary daily nothing to very little else is reported, all the story's and leaks on Hillary are not reported and again they keep pushing this silly 11yo story on use how he had joked about and said some bad things

WTH is going on?

Her rallies are tiny possibly 1/10th the size of Trumps, social media is swamped with massive overwhelming majority Trump supporters

I never believed it before, I was pretty much a Pro NWO guy, i believed maybe some good would come off it, the world more interconnected

I believed in the EU also once, I thought it was great

But these past few years I have seen these organisations behave more like.. communisum on steroids

I hate to say it, but the US democracy and freedom is long dead, i genuinely do believe trump can and will fix the US, I'm more than sure if Hillary gets in before the end off 2020 the US is going to become a complete 3rd world

Once the Majority of Americans are living on the poverty line and the rich are much much richer, the population isn't armed, they'll try introduced a new world order western world currency with the rest of the countries they bankrupted in Europe

I think that is the plan for the NWO, break all these countries financially and profit massively, take there rights and freedoms, control them via media, spy on them, divide and conquer

Trump doesn't have this agenda, Trump wants to make American great again, when he says that what he means is he wants to bring the jobs back that these big companies sold out to cheap labour overseas, for more profit, while they pay no tax, this is impoverished a large number of Americans, and taken ALOT of wealth out the country and more and more industry's and businesses are leaving

The US government made the Chinese a threat, and then the big industrial war complex profits from that

It doesn't make any sense to do this, the only way it all makes sense is when you say these words

Trump has not been "in the know" like Hillary

He obviously doesn't subscribe to project "cripple Russia" and doesn't care for it, he just wants to do business and play a grander game of Sim city, and develop new trade deals

He wants to slow down China and bring back jobs and industries that big US company's sold out for profit, this is the No1 reason why the US has been falling apart

This is why you're witnessing never seen before efforts from the elite circle to discredited and dismantle his campaign he is a threat to this massive scam and corruption that is killing people all over the world, a pact of murderious nassistic phycopaths ruling like dictators

American please please please get off your sofas and get onto the streets, this IMO is your very last chance to save your country and intern possibly the world

posted on Oct, 11 2016 @ 09:01 PM
link
a reply to: TritonTaranis You are mostly correct Triton, the media is in the tank with huge corps, and currently ms corrupt clinton is their spokesperson... the great Muzzy Barry wants the head seat at the UN, and a Clinton whitehouse would secure that, and have internet control he handed over earlier of his exit strategy. After Ryan's whimpout, the conduit of this corruption is seen as massive and deep. We are on the cliffs edge, and the awake see this clearly, you included....

It's all for show and the actual facts and issues aren't even coming up in the Presidential Election.. it's all about "he's worse!"... "NO! She's worse!!!"

It's a classic case of "picking the lesser of 2 evils" and tricking the people into thinking they have any type of say in it.

It seems insane how slanted and fixed this election appears. 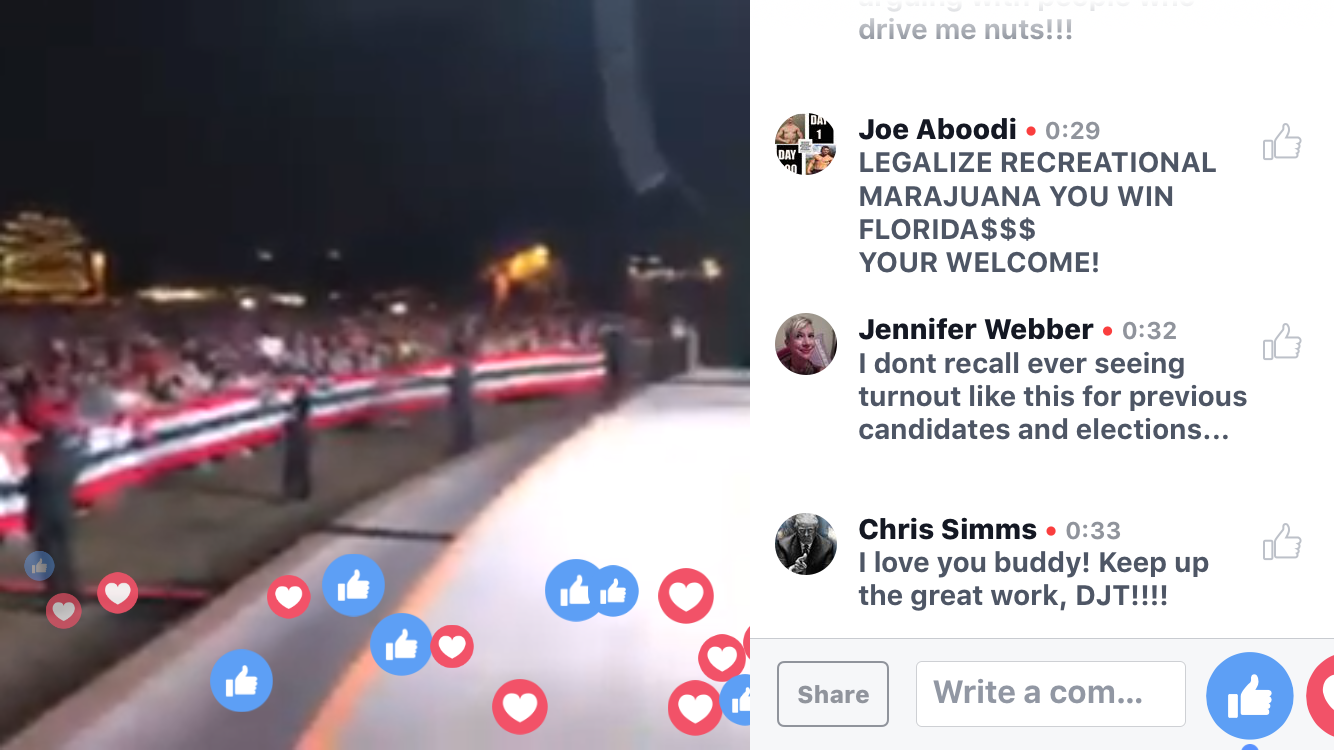 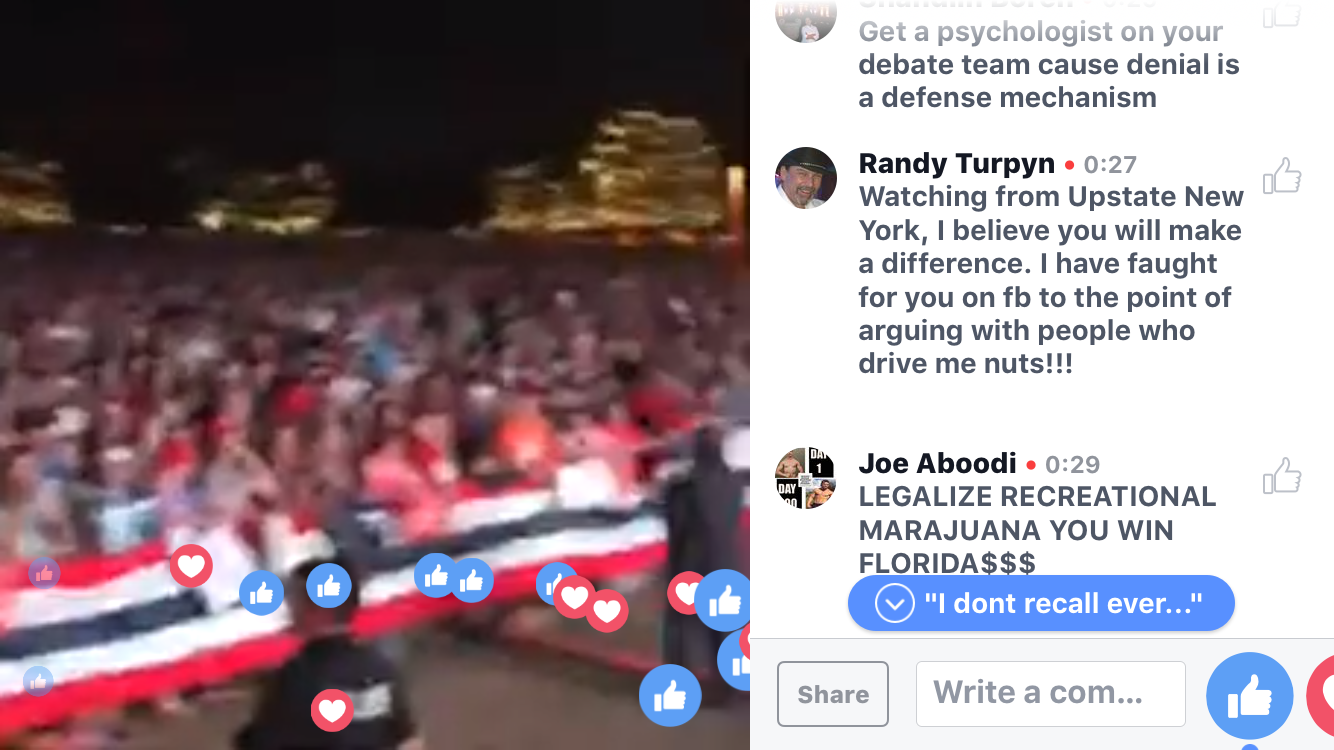 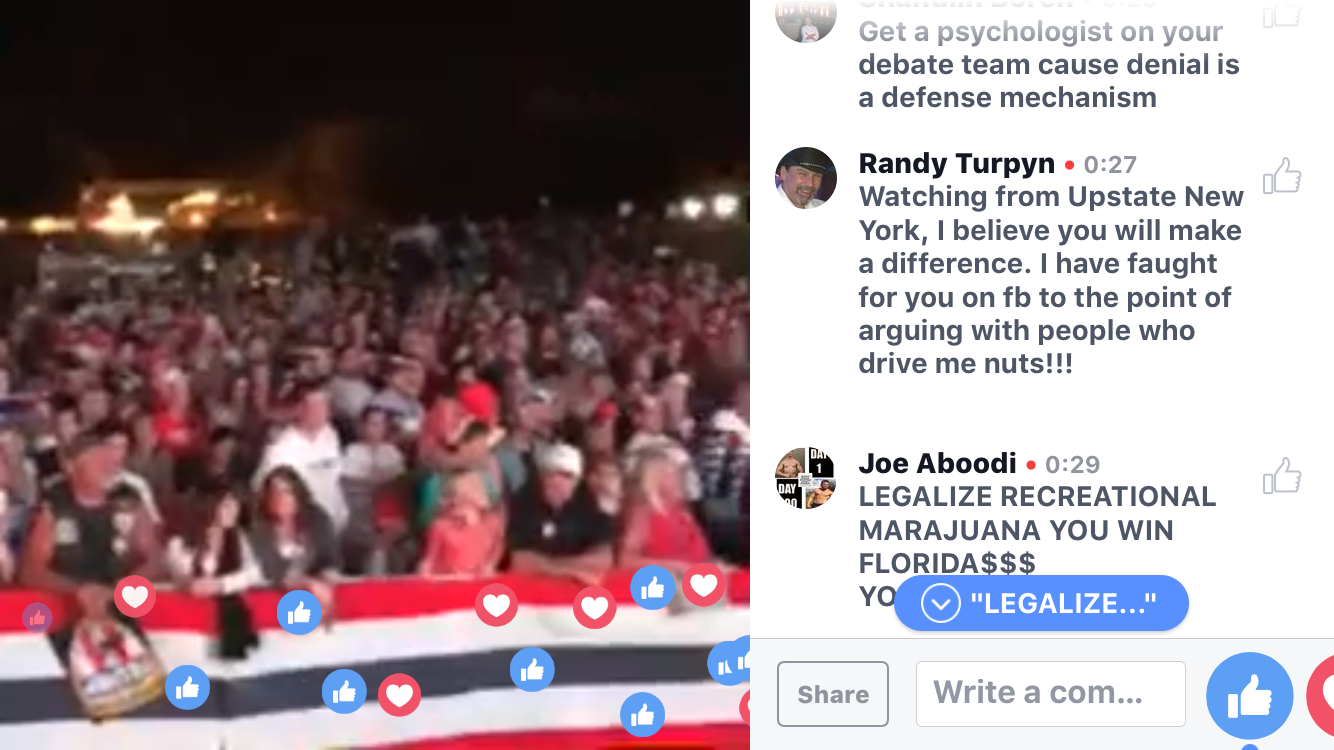 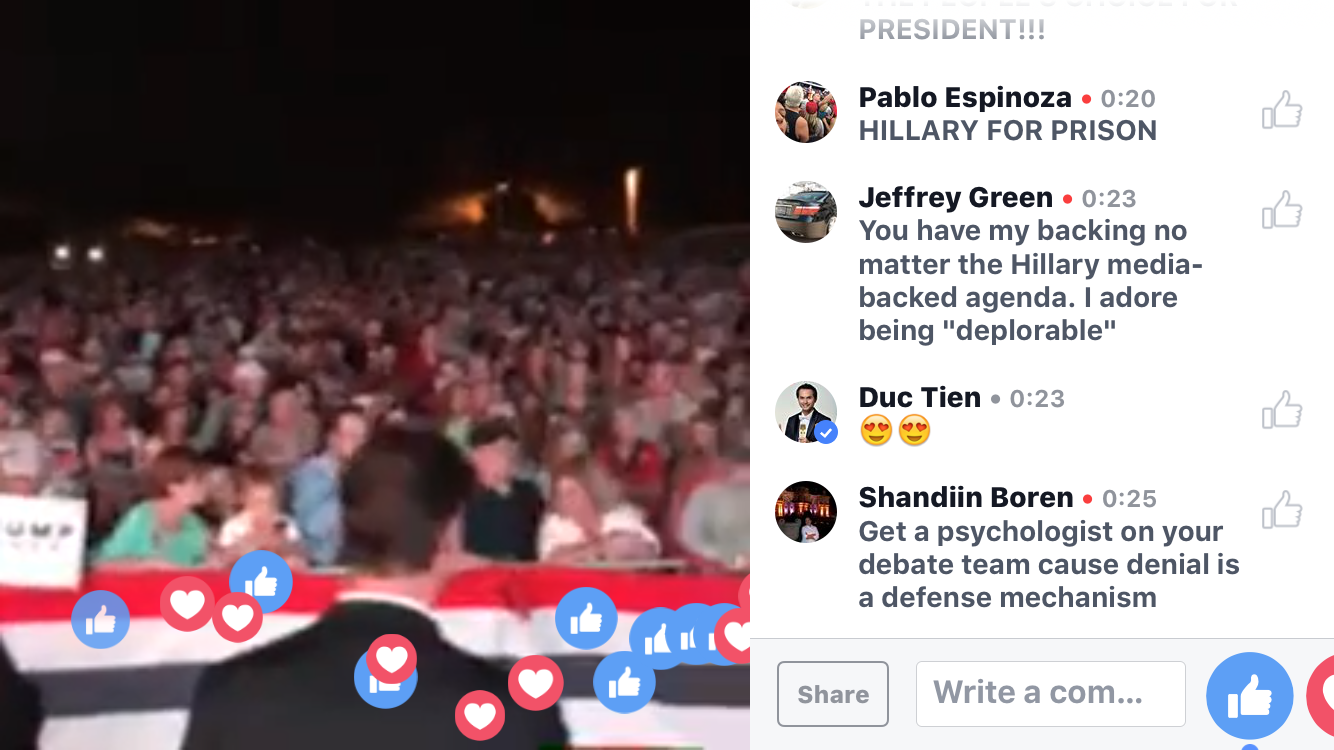 It looks more like a rock concert, absolutely huge people as far as the cameras can see


They never pan the cameras at hillarys star studded, government officials loaded events because they're half empty "rooms" or intimate small venues

Nope, Hillary is getting ABSOLUTELY DESTROYED!!!

This is such a blatant lie it's unbelievable, it is without a doubt a major landslide for Trump right now

People like Gorge Soro's should be locked up with Hillary, that woman is a heartless narssaistic phyco

It's all a show with her, just look at tha great big poker face smile hiding all her BS lies and corruption, but that fly wasn't stupid, that fly new where the stink was at

originally posted by: teslahowitzer
a reply to: Orionx2 Not at this magnitude, with modern media and the numbing of minds it is overwhelming the host.....


Yes... yes it has. To think otherwise is delusional. Spend a few months researching political history.