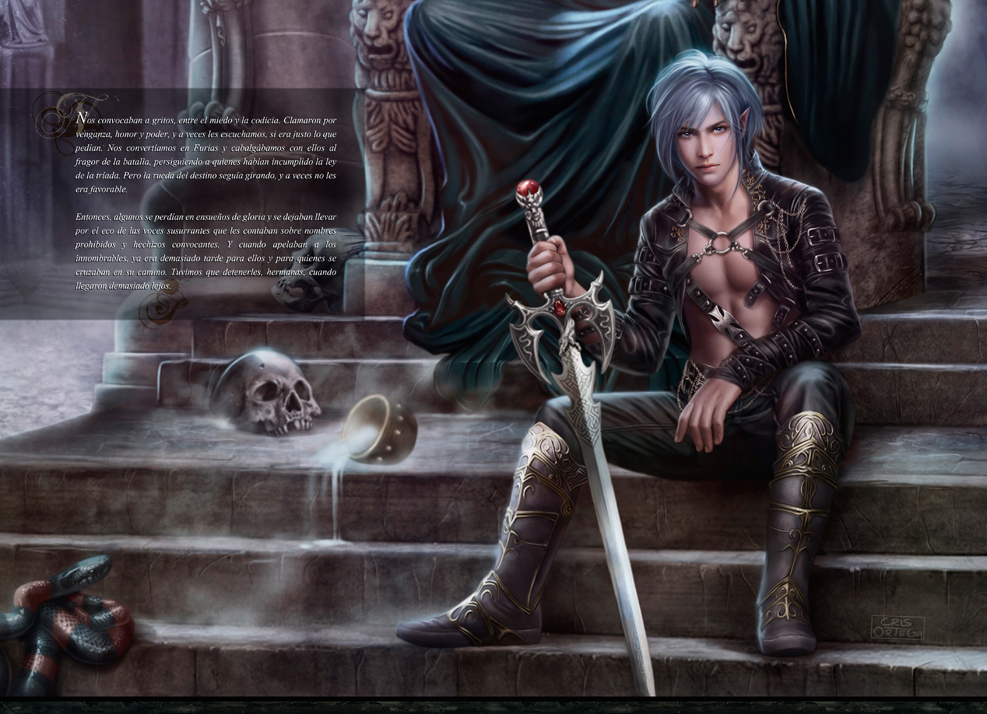 Follow me, said Valiant. Nova looked up at him in awe as he drew his sword looking westward. Awe because of the horrors we'd just endured crossing hundreds of miles across the frozen tundra. Nova was certain they were close to home, this was the furthest Valiant and she had traveled. As they neared Castle Bloodstone, it was a welcoming sight.

It had been many months since they'd been back. The armies had clashed in battle towards the east, but now, the worst had passed. The men trailed behind them all too glad it was over, and that they had overthrown their enemies and Won the war, taking back their land given them by their forefathers.

As Valiant and Nova drew closer towards Bloodstone, they noted an old man standing near a moat near the Castle, he had a long carved pole in his hand and a tired smile on his face, he gave them a riddle and handed them a well warn map.

Whence thou came
From far away,
From there now here
I cannot say!
When sunset falls
And all grows black
You'll find the ring
And bring it back.

The old man looked at them with intent in his eyes, and a hope in his heart. Then he hobbled away into the Shire never to be seen again. Valiant stared at the map, he'd seen it before, long ago as a child. Why did the old man have this, and where did he come from? He remembered stories his Father had told him about their bloodline being the true Inheritor of Castle Bloodstone. 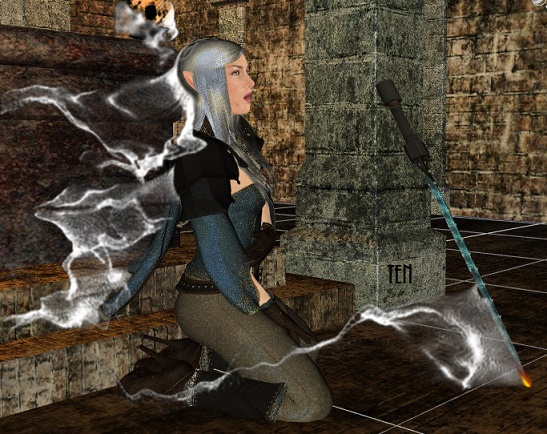 The Ring must be found! The sun began to set. Nova pointed towards a hidden door leading underground. There she said looking towards Valiant, the moon is out and all is clear, it's going to lead the way to the Ring. You are a genius he declared! It must be so, that is where the map will lead us to let us go. As the moonlight hit the hidden underground passageway the door mechanical in nature began to unlock itself and open. They entered therein and down many stairs made of stone until they came to a room made of pure gold.

What they saw was a Royal Suit of Armor, embedded with gemstones of Sapphires and Emeralds and glittered like the sun. It was an amazing sight to behold. Valiant and Nova drew closer to the Armour and noticed a ring upon its gauntlet made of pure gold.

He took the ring from the gauntlet, magnificent it was. Then placed it upon Nova's finger and found the fit to be perfect. A light shone down upon them and power was bestowed therein, bringing back the bloodline that was once removed by enemies of long past. Free they were to Rule and Reign over the land, and good Rulers were the new King and Queen. The people were finally at peace and never again did chaos rule their Kingdom.

Thank you i'm glad you liked it.