posted on Sep, 23 2016 @ 02:25 PM
link
25 years ago this month Ötzi was discovered in the Ötztal Alps , the ice in which he was entombed delivered his body to the surface to be discovered by Helmut and Erika Simon who were walking the Alpine paths , Ötzi was a gift to mankind and is the oldest natural mummy in the world.

Ötzi has provided me with 25 years of wonder , the mystery of the Ice Man has slowly been uncovered over the years to give us a glimpse into the life and death of a Neolithic hunter , his tools and clothing were also found giving us a unique insight into the technology of his world. 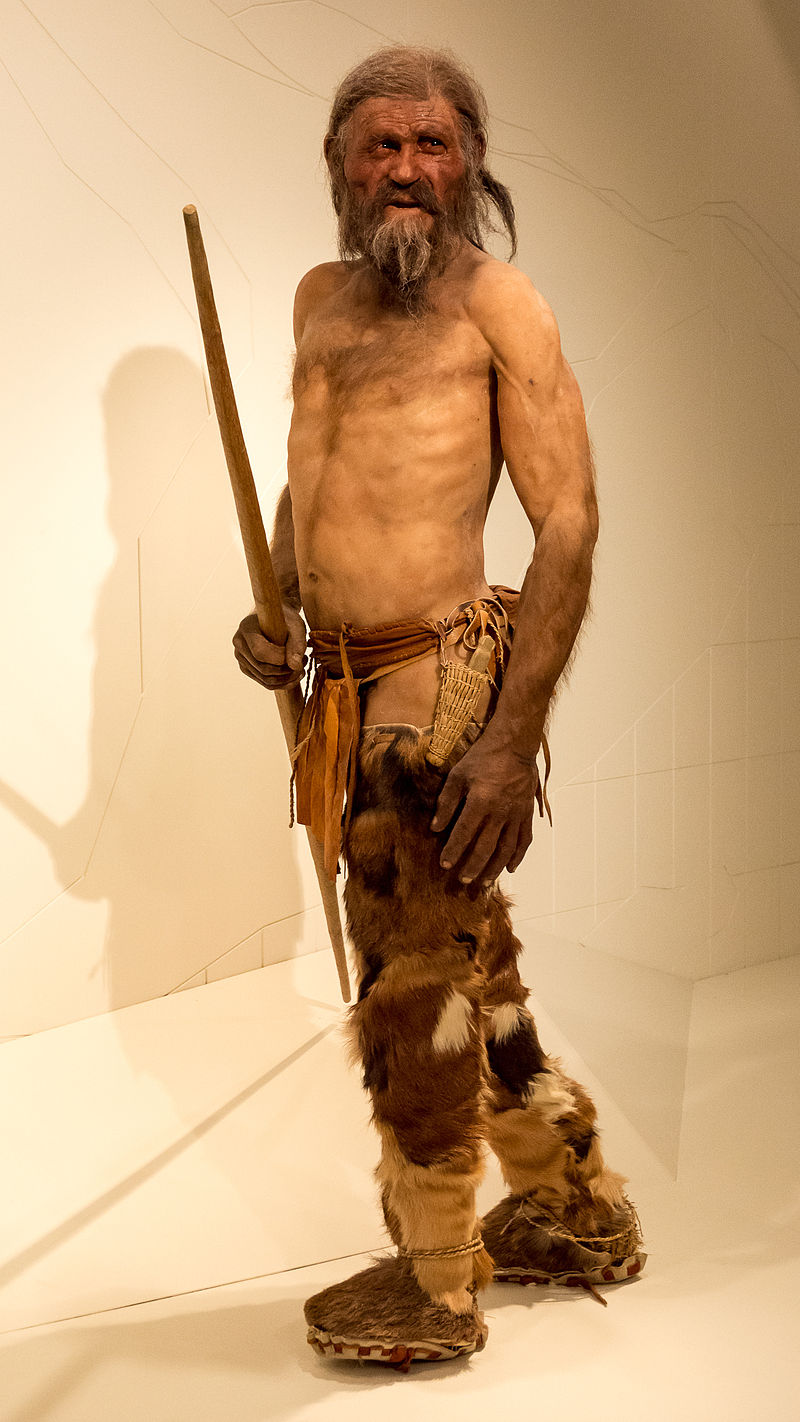 5,000 years old and he's teaching us so much , Happy Anniversary old chap and thanks for the wonder.

I love the Otzi story; so much knowledge of the past from one small guy. Look at the tattoos? They tell the story of him being in a community and lying down whilst the resident tattooist inked him with the hypothetically meridian points of acupuncture. They'd have done the small talk thing we all do when we get hair cut or sit in the dentists. The scene would have been alive with the sounds of others in the group/tribe and the region would have been alive with wildlife. There was probably a smell of smoke as a fire burned and maybe people were chatting in the background or humming to themselves.

There's a great Radiolab show about him you'll enjoy - An Ice-Cold Case.

Botanist Jim Dickson, graphic artist Aaron Birk, and Albert Zinc, head of the Institute for Mummies and the Iceman, describe how scientific advances and modern forensic breakthroughs have uncovered an ancient tale of violence and humanity.

He was like an SAS soldier at a time when most people were hard as nails to survive. From his stomach contents to the defence wounds to the wiry musculature - times were very tough and lean too.

Thanks for the link mate , listening now before the Saturday routine kicks in.

As the story of Ötzi has evolved through our modern investigative techniques I think we find that the people back then were little different from us today , as you say we can imagine the down time of Ötzi as he spent time with friends and went about his daily routine as we do today.

I think the only thing that has changed from then to now is the complexity of life , I can't help feeling that although Ötzi's life was harder and shorter than ours it was probably a darn sight more fulfilling due to the freedom they enjoyed.

Have you ever had 'runner's high?' It's this sense of elation and being *alive* that you occasionally get through a good, long run. I have an idea it was a more common state for these people. Not in the romanticised sense, but in the way their brains weren't full of trivia like ours and the way they had to be more attuned to the environment.

Even their vocabulary would have taken up much less 'space' than ours and their sense of time and space would have been orders smaller than many modern minds.

Must have been more peaceful in terms of fewer trivial thoughts and more anxious in terms of permanent, imminent threats of painful death.

posted on Sep, 25 2016 @ 04:47 PM
link
Did you hear the recreation of his voice done recently?
This is what Ötzi the Iceman sounded like