posted on Jul, 24 2016 @ 08:44 AM
link
Gloria Heather Dixon is the Head of the National Investigations Committee of BUFORA. (BUFORA, or “The British UFO Research Association” is a long-standing UFO group which describes itself as “a non-cultist and scientifically evaluative organisation since its formation in 1962”). 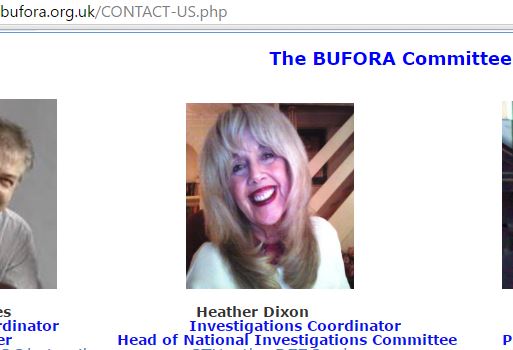 Heather Dixon has been described in an article on the Stylist website as “the UK’s answer to Dana Scully”.

That article stated that:


It is Dixon’s job to interview those who have reported supernatural events, record their experiences and attempt to explain them. She also trains people who want to become supernatural investigators in how to correctly identify objects seen in the sky.
Her interest in space exploration was triggered by her father, an aeronautical engineer who worked on Nasa’s space programme during the Sixties. It has taken Dixon over 20 years to become one of Britain’s most respected UFO investigators and she remains the only woman on the committee. “I’ve always been interested in things that lie outside the framework of what we know or understand,” she says.

Heather Dixon has kindly given me permission to make her “Strange Daze” and “Strange Times” magazines freely available online. 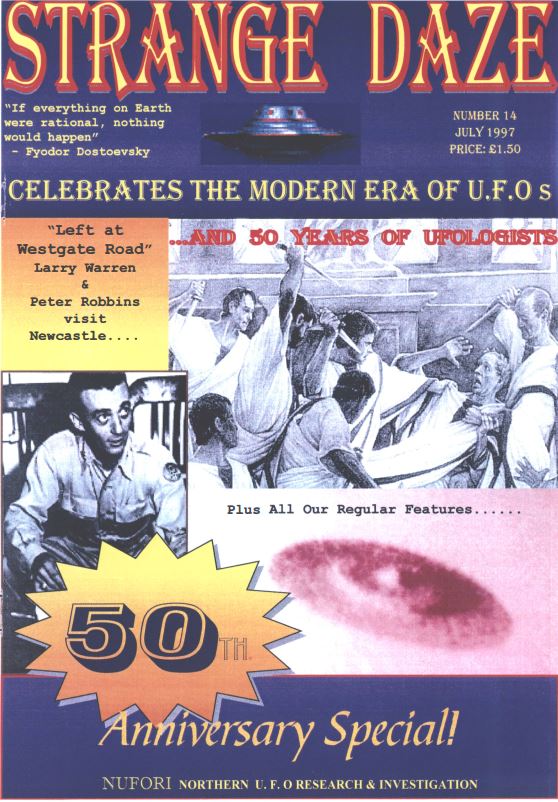 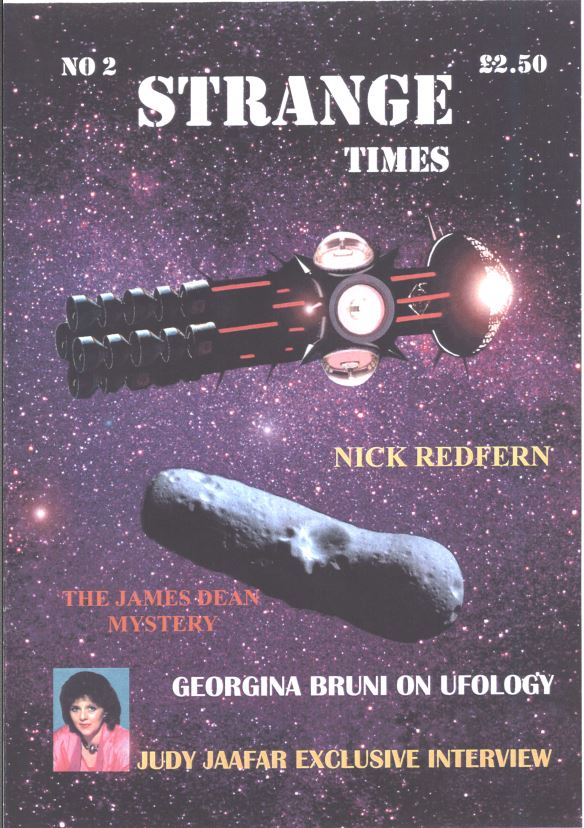 “Strange Daze” started life in 1993/1994 as a small black-and-white publication under the name “Strange Days” edited by Dave Newton. (The second issue of “Strange Days” refers to it having a readership of 30 people). After the first few issues, the name changed to “Strange Daze” and Heather Dixon became its editor.

21 issues of “Strange Daze” were published. It was eventually succeeded by Gloria Heather Dixon’s “Strange Times”, which ceased publication in about 2002.

An usually heavy percentage of the content of “Strange Daze” and “Strange Times” related to theories regarding UFOs other than the ETH (i.e. the Extra-Terrestrial Hypothesis regarding alien visitation). Relevant theories included man-man flying saucers (including, but not limited to, Nazi UFOs), disinformation, hoaxing, various psychosocial hypotheses, Earthlights and electron-magnetic pollution.

Once again our Swedish friends at the “Archives For the Unexplained” ("AFU") in Sweden did the boring job of scanning this relevant material. The AFU has very helpfully (and very promptly) scanned Issues 2 to 21 of “Strange Daze” and all the issues of “Strange Times”. (Various people – including Jenny Randles and Dave Newton – have kindly been digging around in garages and lofts seeking a copy of the elusive Issue 1 of “Strange Days”. If it turns up, I’ll upload a copy of it). 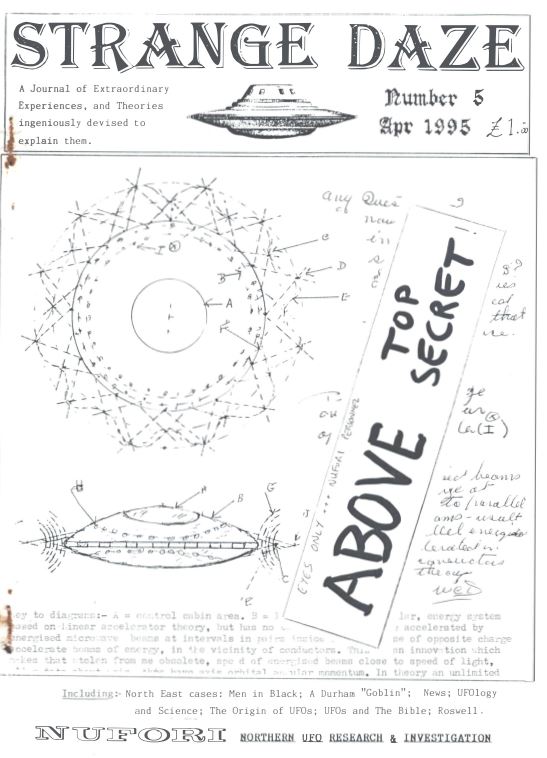 posted on Jul, 24 2016 @ 08:44 AM
link
I asked Gloria Heather Dixon if she had any reflections looking back on “Strange Daze” and “Strange Times”. She kindly provided the following comments:


Some Thoughts and Reflections on Strange Daze and Strange Times : July 2016

Strange Daze Magazine evolved in the 1993 between both Dave Newton and me. At that time, as an investigator and researcher for BUFORA (British UFO Research Association), I also had a small local group in Newcastle upon Tyne called NUFORI (Northern UFO Research & Investigations) .

Dave suggested we put together and publish a small magazine to be called ‘Strange Daze’ covering UFOs and all things strange. After discussion Dave started work on the first issue as editor and publisher working with me for UFO reports and cases, a couple of which we investigated and researched together. The publication covered many diverse areas of mysteries in addition to astronomy, physics, conspiracies, paranormal phenomena and beliefs, perception and how these interacted with the way people reported unknown experiences.

SD was a quarterly publication and Dave edited and published this excellent magazine from 1993-1998 as it graduated from being a small A5 publication to an A4 magazine with a front cover in colour.

I took over SD from Dave Newton in 1998 editing and publishing five more Strange Daze magazines until 2000 when Paul Cabby, my colleague and friend, who was the excellent designer of all the illustrations and graphics within Strange Daze stepped down and Bill Rose took over as Managing Editor in 2001. A decision was then made to rename Strange Daze to become Strange Times.

Bill Rose contributed to Strange Times with illustrations and some fascinating articles covering aviation, UFOs, conspiracies and a very interesting article on coincidences through the ages. He also designed the publications ready for the printers.

We worked well together for four issues and then Bill stepped down due to an ever increasing workload and also as a writer and author of several books on aviation, his specific area of expertise.

Paul Cabby was persuaded to return to do the graphics and illustrations for Strange Times , but sadly ST Issue Five in 2003 was the last publication due to my very busy workload and personal circumstances during that time.

It was testament to the high standard of the articles that were submitted to both Strange Daze and Strange Times by such credible and knowledge contributors, that I received many personal letters from subscribers who were acutely disappointed when Strange Times finished publication.

Stepping back in time, I would like to extend my personal appreciation and thanks to Dave Newton, Paul Cabby and Bill Rose for the absolute joy of working with them on both magazines and also to all the contributors through the years who took the time and energy to contribute such diverse and remarkable articles embracing the huge landscape of so many mysteries.

Last, but never least, I would like to thank all the readers of Strange Daze and Strange Times during those years. Without each and everyone of you, these magazines would never have become a reality.

So huge thanks to you all and I hope that everyone who will now be accessing and reading Strange Daze and Strange Times online, thoroughly enjoy the articles and Dave Newton’s wonderfully irreverent humour in Strange Daze. 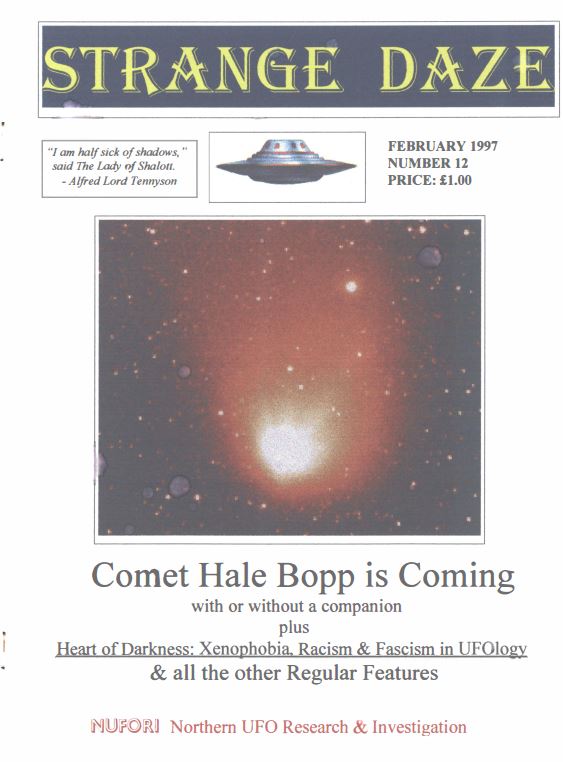 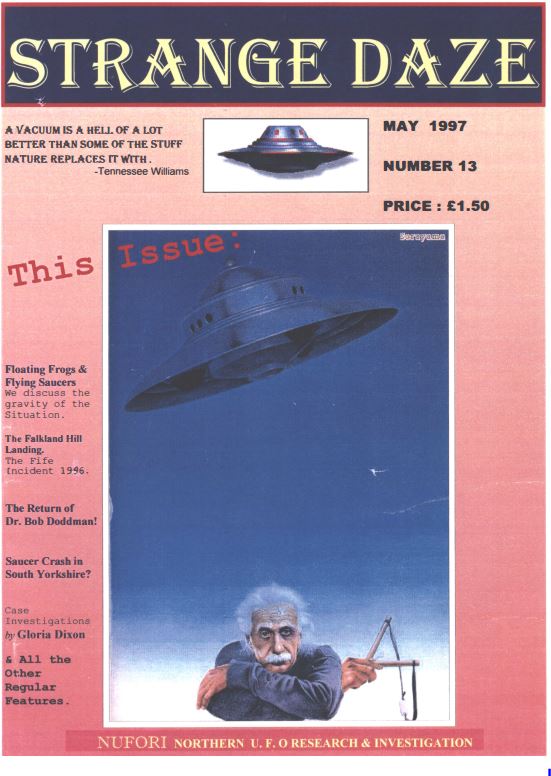 posted on Jul, 24 2016 @ 08:45 AM
link
A few further sample covers of “Strange Days” and “Strange Times”, and some sample tables of contents, are given below to give a bit more of an idea of the content of these publications. 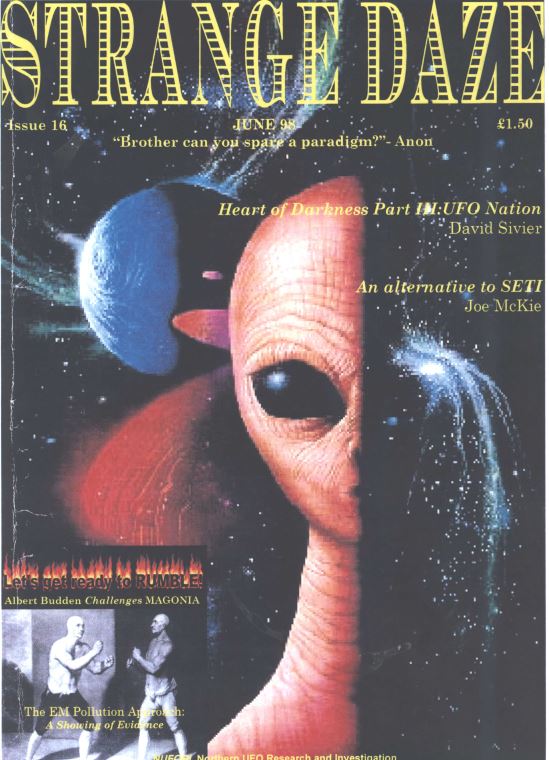 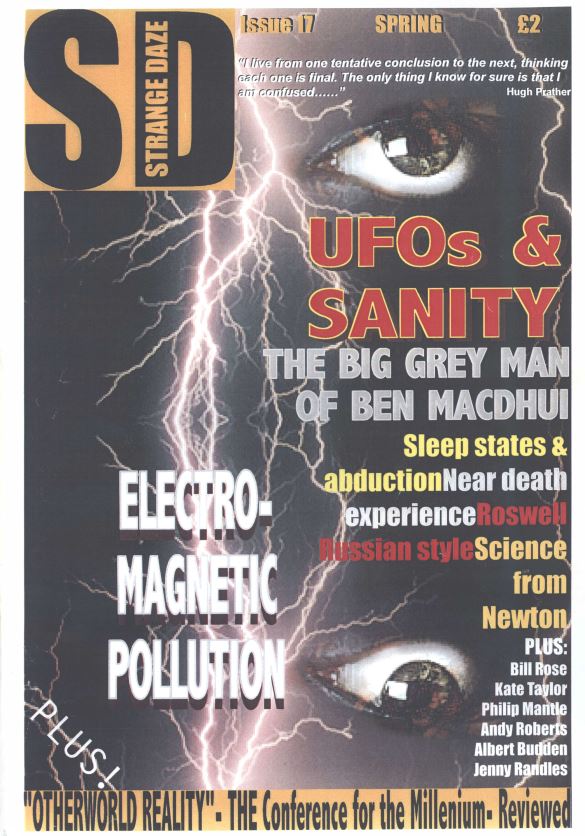 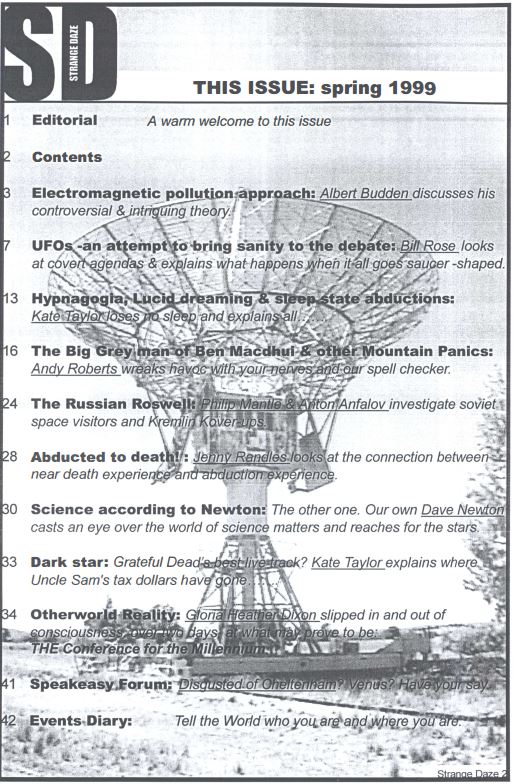 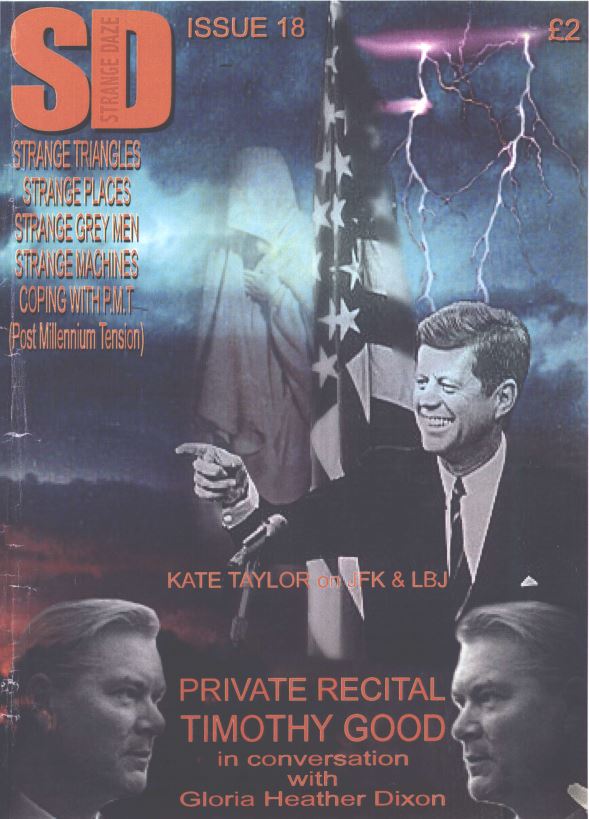 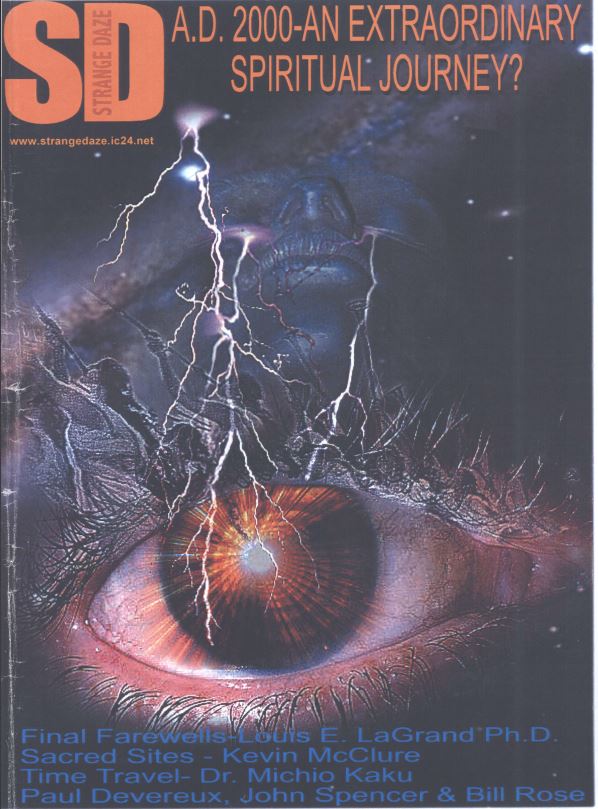 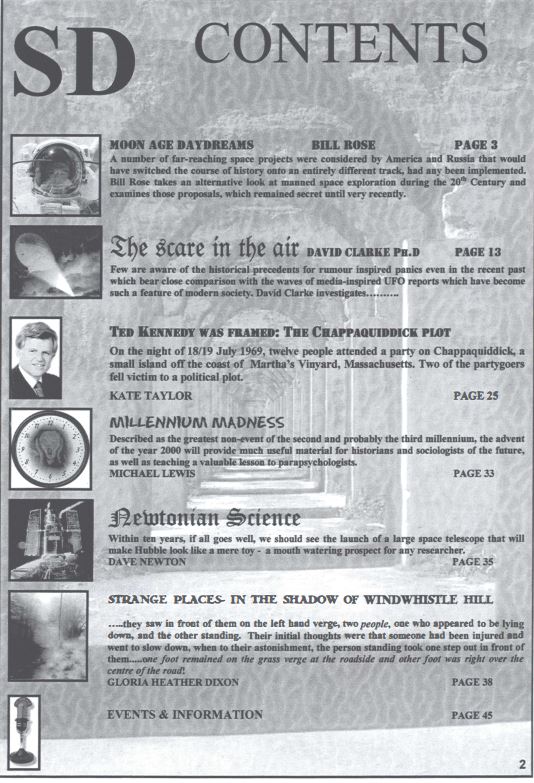 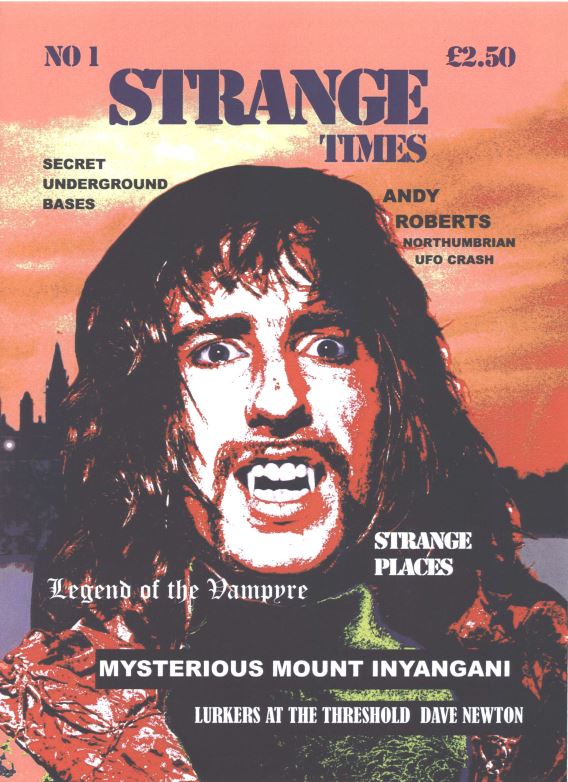 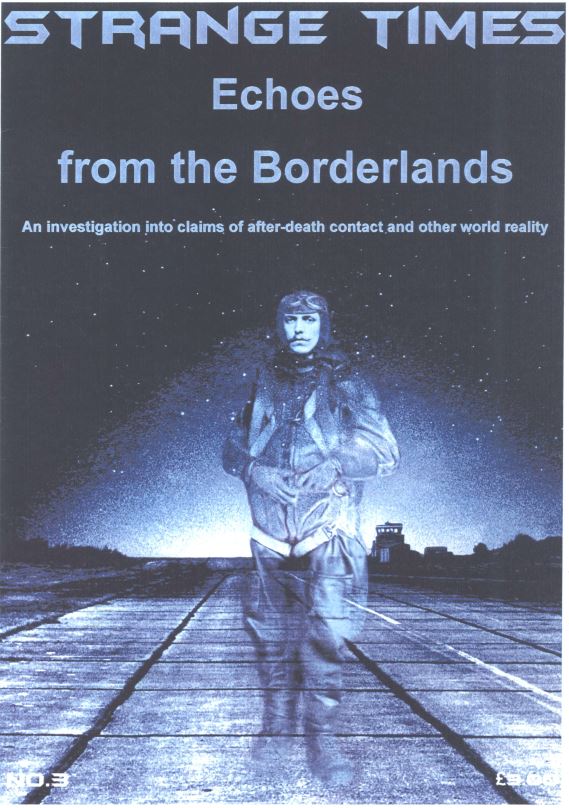 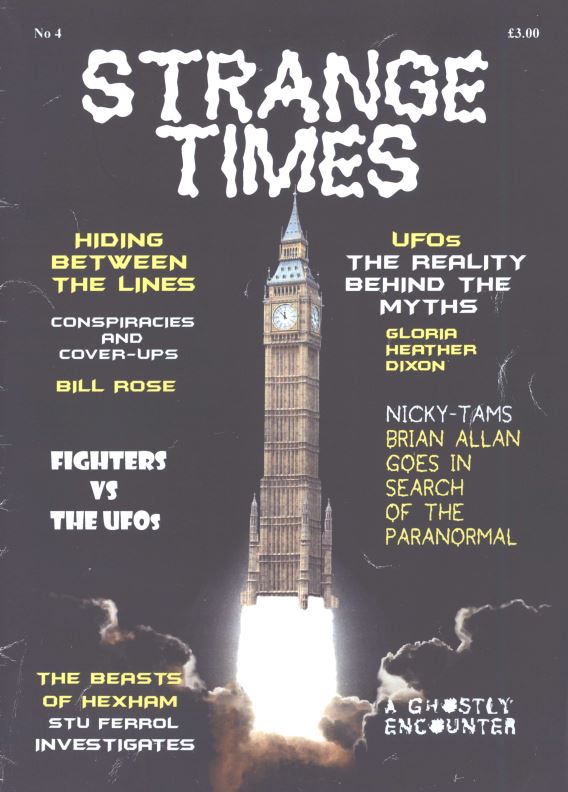 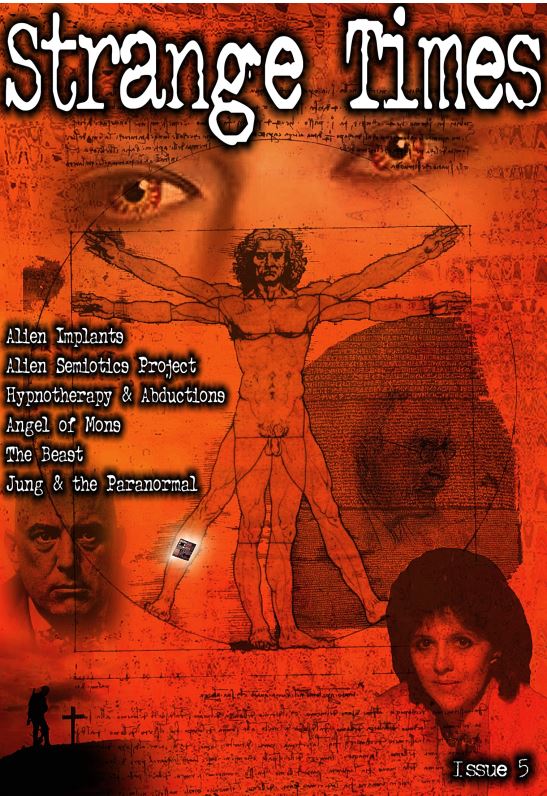 posted on Jul, 24 2016 @ 09:11 AM
link
Just adding the comment , this may well be one of my most favorite threads on ATS including all my lurking years , to be able to find my way back here easier.

You prove once again to be the purveyor of high-level, historical UFO information.

Thanks so much for sharing these! I'm downloading the collection of pdf's now, can't wait to have a read through them all there could be some very interesting articles I suspect.

"For 50 years the majority of UFO 'researchers' have been p*ss*ng in the wind with alien stories on the one hand and personal attacks, Mosleyesque scandal-mongering and debunking on the other whilst a range of circular and delta-wing aircraft have been flown under their noses. Perhaps THIS is the real story. The big question now is: Has the UFO community been actively discouraged from looking into this or has it just taken no interest? I suspect the latter to be the case and I suggest to the reader that UFO 'research' and wishful thinking go hand-in-hand all too often"