I did not go on hunger strike to negotiate, but for freedom – Free Bilal Kayed

Bilal Kayed has been on hunger strike since 15 June (already 29 days), in protest of his administrative detention without charge or trial.

He was ordered to administrative detention on 13 June after the completion of his 14.5 year sentence in Israeli jails, where he has been imprisoned since December 2001.

In Ashkelon prison, Israeli authorities are holding Bilal in a 1.5 by 2 meter solitary confinement cell, in which there is no window or fan to account for the sweltering summer heat. 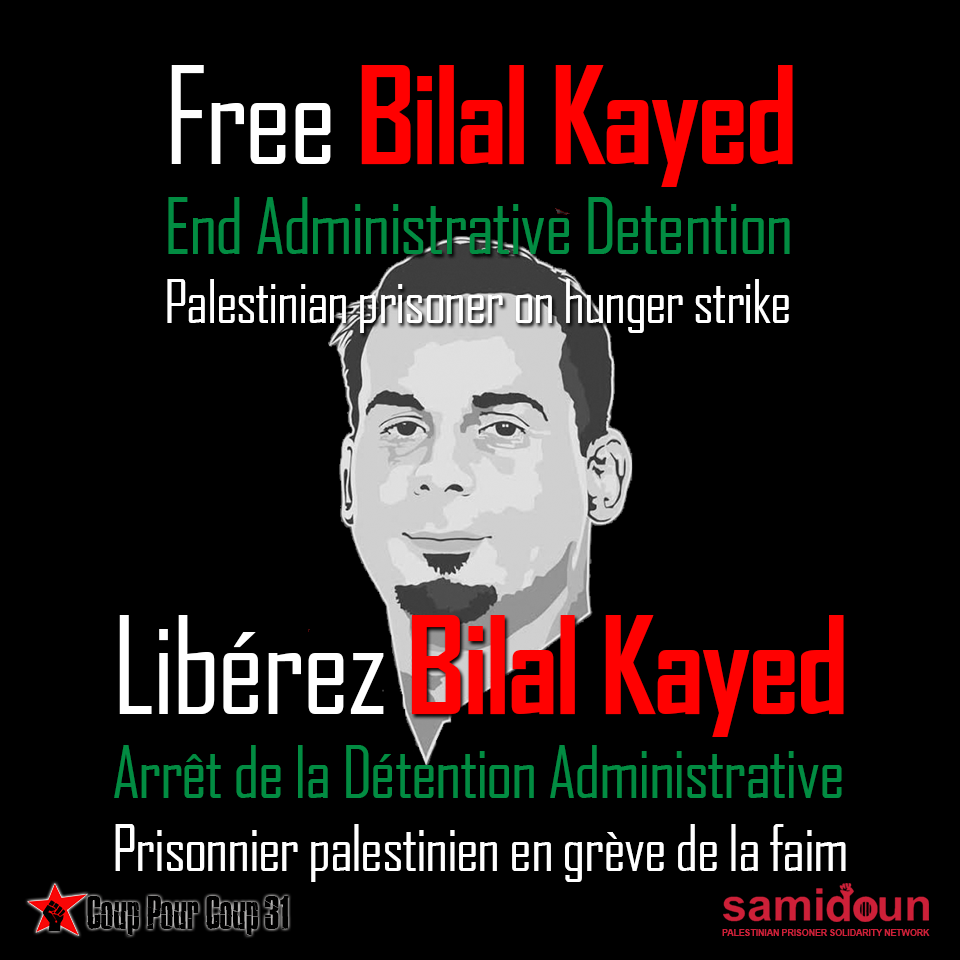 Despite such torturous conditions, last week Bilal doubled down on his commitment to the hunger strike until securing his freedom. Bilal rejected an offer, from Israeli authorities, to release him and deport him to Jordan for four years, were he to cease “all political involvement.”

Art. 49.
Individual or mass forcible transfers, as well as deportations of protected persons from occupied territory to the territory of the Occupying Power or to that of any other country, occupied or not, are prohibited, regardless of their motive.

He certainly should be set free. If he does not eat though, he is going to die. He won't be able to carry on his work.

Good luck on the US helping. Our government's head is so far up Israel's..... well, it is obvious what I mean.
This is an awful thing.

Forget international courts / laws....This is just a quagmire that get's dirtier has power and time goes by...