Keep in mind that I am, in no way, a professional on economics or social behaviors. I have a general concept of psychological operations, the problem-reaction-solution tactics, and some level of basic knowledge on human psychology which I learned in school. I'm just making a post based on personal observations.

A day or two ago, I got wrapped into an argument with a few people on facebook about the black man who was wrongfully shot and killed. I said, "You know the media is counting on your reactions to this tragedy." The comment exploded into an argument, during which people called me ignorant, oblivious, and implied that I was a white racist.

Then, these shootings started happening.

The very thing I warned about happened; people reacted, and they reacted badly. 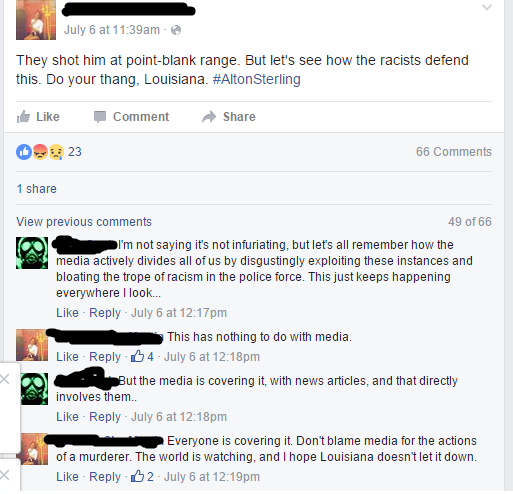 This is how the conversation started. I won't be posting the whole thing. I'd be here all night if I tried.

This same person is calling the shootings of the police in the last two days "angry people seeking justice." 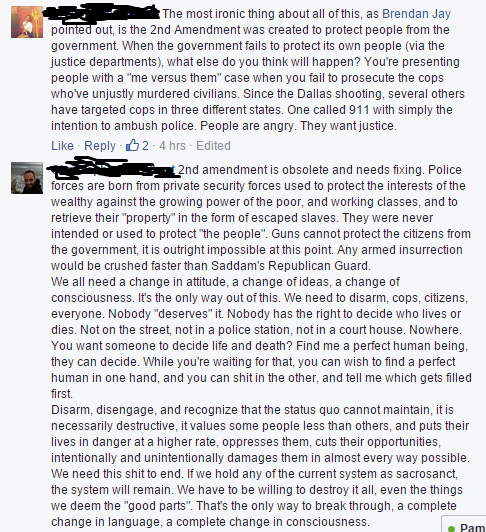 Sounds like senseless murder to me, the very thing that you're so angry at the police for.

Alex Jones lays it out pretty well here. I don't care if you like Alex Jones or not; I'm using this video because he hits the nail on the head when it comes to divide & conquer. Watch this if you want more details on all the issues and shootings that I'm talking about, although if you frequent ATS, you've probably seen it all already. Near the end of the video, you can see the African American communist protesters chanting "oink oink bang bang," "what do we want? Dead cops!" and a variety of other hateful phrases. These people are carrying guns in the streets. Of course the media is covering this; it paves the way for more attacks on both the 2nd Amendment AND on whites and/or police. The media manufactures division. Here you go, hate in all forms, on a silver platter.

A couple of black people are killed, and because of the media's over exploitation of the incidents, people have gone nuts. What's the proper solution to a shooting? Oh, I know - more shooting! 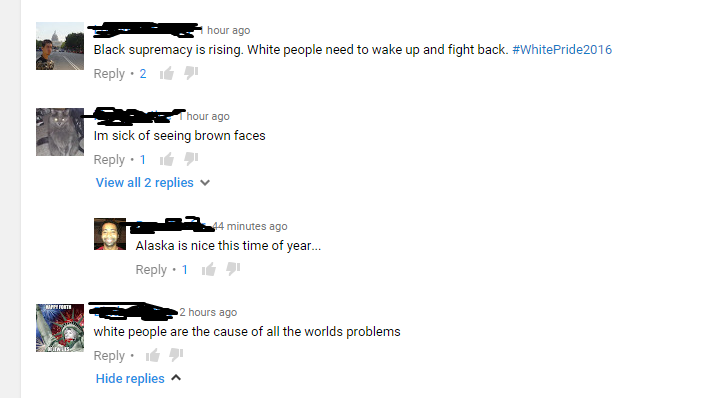 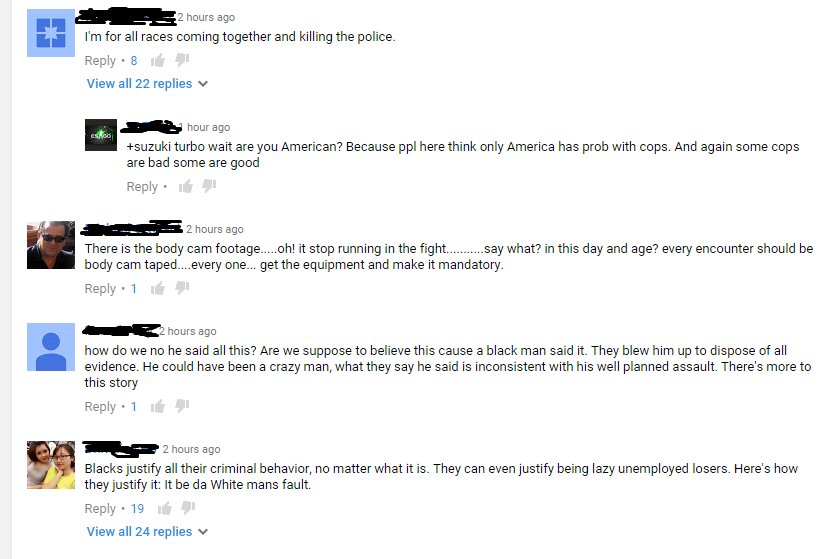 All day, I have seen African Americans trying to justify the murdering of police, and white people demonizing ALL black people due to the actions of a select few whack jobs. We are seeing people advocating the killing of police, the killing of whites, and the whites retaliating with the same exact kind of discrimination, which sets us pink-skinned individuals back about a hundred years or so. People are dying in the streets over black, white, and blue tribalism. Mindless, primal, ignorant, disgusting, ridiculous tribalism.

I don't want blacks, whites, or cops to be killed.

Nobody should have to meaninglessly die just because they're a part of some group or ethnicity.

This is not America.

This is a degenerating cesspool of idiots who think they're doing good by screaming, whining, and hurting people.

Just wait until November rolls around.

Hillary and Trump will both use all these incidents to bloat their false promises of saving America from the boogey man. Many of you may think Trump is on our side, and as much as I don't like the loudmouth, I hope you're right. Still - our politicians are going to use this for some social agenda. Hell, they already are. We're all killing each other in the streets. This is what they want for us.

posted on Jul, 9 2016 @ 12:09 AM
link
The person you were discussing with wrote "the whole world is watching".
I guess that's indicative of the way the american media blows things out of proportion and makes americans think they are the center of the world!

For my part, over here in France, I spent the day scanning news channels on TV and radio trying to grab something on the situation in Dallas- and couldn't find anything! Around 9 PM, I was able to see a banner running along the bottom of the screen on one news channel that mention a sniper had been killed. That's it folks!

Everyone over here is going out of their mind with soccer and couldn't care less about anything else.
I mentioned the event in the US to a french person and they said, "yeah but they have stuff like that going on everyday, no? Aren't they kind of used to it?" 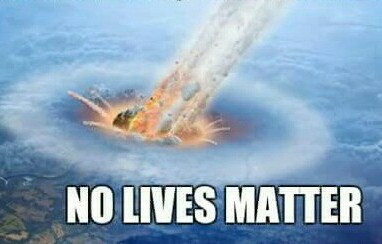 posted on Jul, 9 2016 @ 12:14 AM
link
While there is a divide the elites still keep on doing what they have done...taking our wealth and stealing our children's future.

Blaming the media has become the latest crutch for a dumbed down American society which can't think for itself, picks sides instead of engaging in honest debate and increasingly, pulls the victim card instead of accepting accountability and responsibility for their actions, their choices, their lives, their situations, etc.

What you see increasingly online, such as the conversation shown above is a society absent of critical thinking and leadership ability. We've produced followers, followers who follow the pack and don't dare question reality.
edit on 9-7-2016 by MysticPearl because: (no reason given)

posted on Jul, 9 2016 @ 08:30 AM
link
im not sure how the media influenced people back in the day in the deep south for instance to be racist. seems like more of a deeply engrained hatred that has just been passed down from person to person through each generation

we need to work on what we teach kids and stop raising them to hate.

as someone who is of a mixed race background i am grateful for interracial relationships. ive been forced to look at things from different ends of the spectrum then a lot of people who do not have a diverse background...

Back in the day the media toed the establishment line and sought to really keep blacks as the bogey men. There were several famous cases of rapes that never happened for example, plus endless comments about inferiority and defiling "our women".