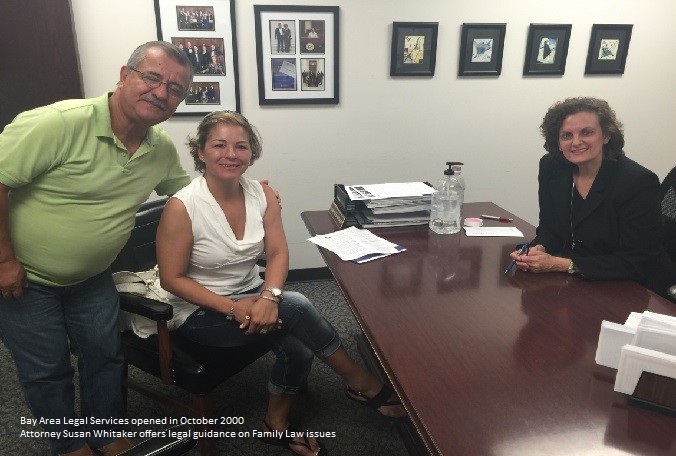 About 65 percent of family law cases are handled without an attorney, but Whitaker helps in “in-betweens.”

“Wonderful. Absolutely wonderful," client Suzanne Hunter says. "She was patient and explained everything very clearly, so it went very well with her.”

Recently, the Legal Information Center assisted its 100,000th visitor. How many of them did Whitaker personally help?

“I have seen all but 2,012,” Whitaker said. “I’m very happy when I can answer their questions and provide information that moves them to the next step.”

What did she help them understand, in todays courts if you don't have money you're screwed. How many did she see all the way through court?

Sorry, is it just me, hero and attorney don't mix.

I'd sooner hear of a hero judge that helped render verdicts on the side of the poor.

She seems like a nice person. There are a lot of attorneys that volunteer their time though, without proof of income, through various programs. A couple of weeks ago, the County Court Help center wrote a cross motion in opposition to a request for summary judgement for me. Some follow all the way through, some help with small pieces. Volunteer Lawyers Project and WNY Law Center have helped me through 2 different things without asking for proof of inome.

posted on Jul, 5 2016 @ 01:32 PM
link
a reply to: intrptr
Well you can discuss her merits, or lack thereof in your opinion, with some of the 100k plus that called in to the station to do a segment on her. Its not like she just paid them for a nice PR piece. That show asks for the citizens to recommend people who have made a significant positive impact to the community to recognize for doing right. She had no clue until they showed up and told her why she was the center of the segment.

I realize normal people who every single day make a positive contribution to the community and residents is not necessarily a ratings generating thriller like murder, rape, or public corruption. But it is important to show that light shines everywhere in the real world, not just in hopes and dreams or fiction.
a reply to: reldra

And those are everyday heroes too. People who do things to help others deserve to be known, if not simply as a reminder that bad is not the norm, only on TV. As your experience may show, the truth is good is everywhere, and does not gloat or seek attention. Only the bad do that, they prefer to be in the spotlight. The good just want to do whats right and move on.