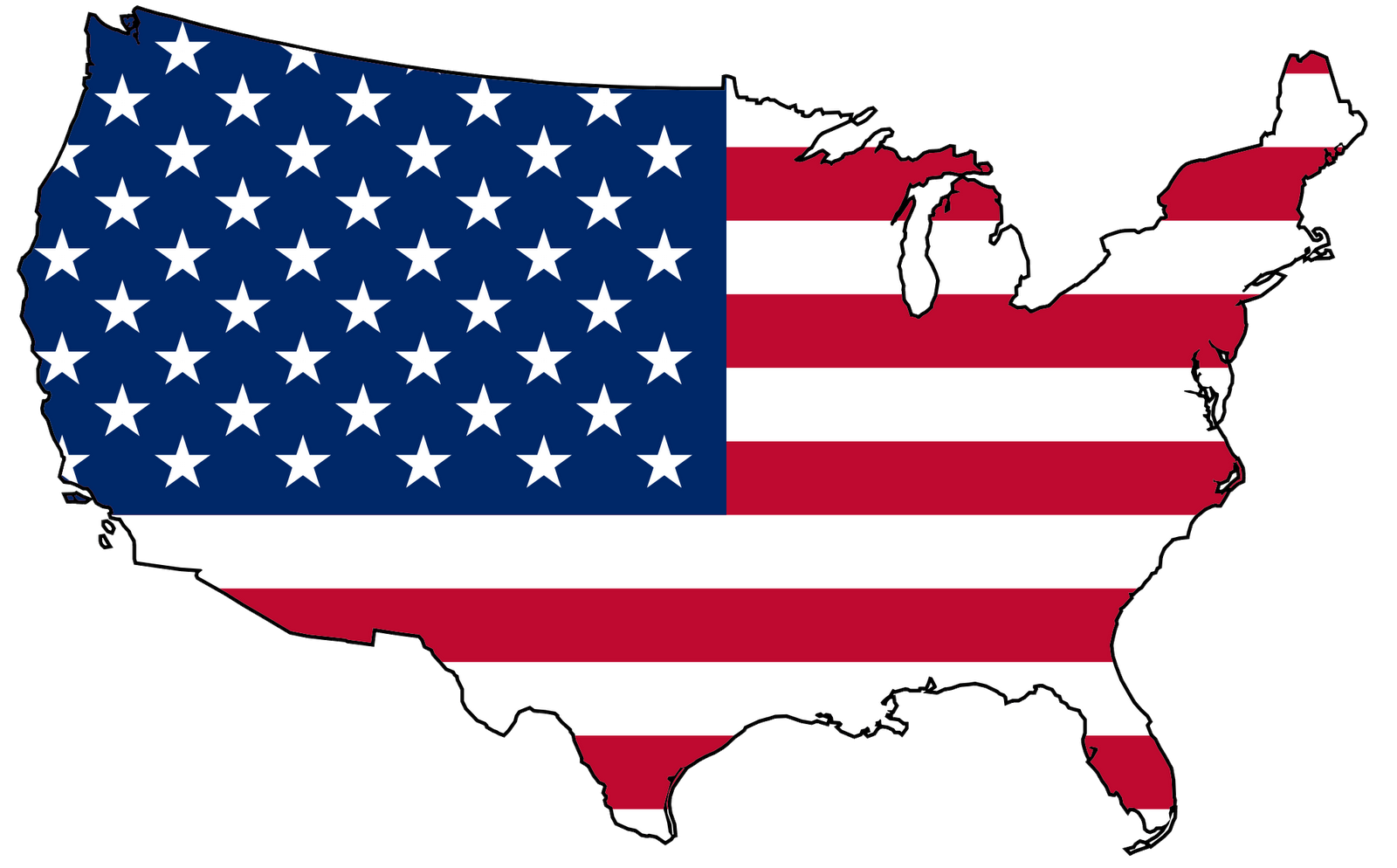 Fun Facts
* - Thomas Jefferson drafted the Declaration of Independence on a "laptop," which was a writing desk that could fit on one's lap.

* - Several countries have used the Declaration of Independence as a beacon in their own struggles for freedom. These countries include France, Greece, Poland, Russia, and many countries in South America.

* - The "Star Spangled Banner" was written by Francis Scott Key and was originally a poem stemming from his observations in 1814 concerning the British attack on Baltimore's Fort McHenry during the War of 1812. It was later put to music, though not decreed the official national anthem until 1931.

Our National Anthem, but not the first verse but by far the best in my opinion -

25 Fun Facts about the United States -


Happy 4th of July everyone. 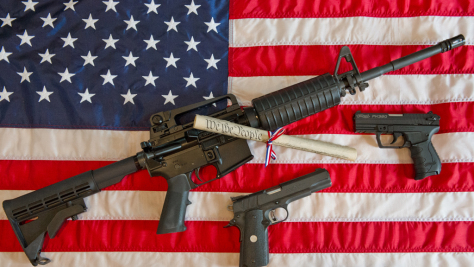 
The "Star Spangled Banner" was written by Francis Scott Key and was originally a poem stemming from his observations in 1814 concerning the British attack on Baltimore's Fort McHenry during the War of 1812. It was later put to music, though not decreed the official national anthem until 1931

The melody to the anthem is an old English Beer Drinking song.

Therefore Happy Birthday America, and get pissed up.

Why guns laying on the flag?

Birthday of America... hmm I'd say today is when independence or freedom was born. The birth of America is more like when the union was formed that actually United the states after the civil war... before then it was simply colonies and statehoods with America as an ideology, when they formed in union that's when that ideology of America was realized or born.

Without them the flag would be the Union Jack.

Without them the flag would be the Union Jack.

Everyone in the US have a safe and enjoyable day. I have to go into work on the Fourth, the nations birthday. Bit of a paradox...
edit on 7/4/2016 by roadgravel because: typo

I've always been curious about what might have happened if the Thirteen Colonies had been granted representation in parliament, one MP per colony for example. Such a simple simple change would have had massive consequences :

The United Kingdom of Great Britain, Ireland and North America.

An elightened government up to 1776 would result in different treatment of Ireland and Canada as well. The history of all three, the US, Ireland and Canada are linked by the way the UK goverment behaved wrt catholics, terratorial claims, highland clearances etc etc

However, geography would result in a name change as powers devolve :


Why guns laying on the flag?

I was thinking the same thing.... I worry people will dislike us (more) after seeing things like that.

We're much more than guns. 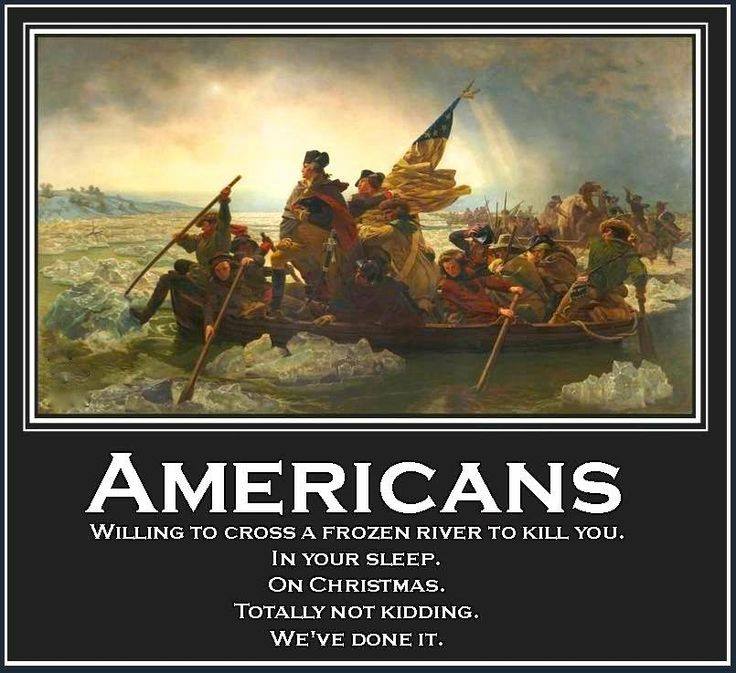 posted on Jul, 4 2016 @ 09:55 AM
link
In honour of your birthday party, may I submit the following...legitimately filched from the InterWebz...
( Not meant for those lacking a sense of humor) 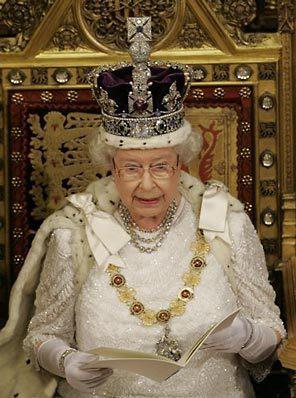 To the citizens of the United States of America from Her Sovereign Majesty Queen... Elizabeth II:

In light of your immediate failure to financially manage yourselves and also in recent years your tendency to elect incompetent Presidents of the USA and therefore not able to govern yourselves, we hereby give notice of the revocation of your independence, effective immediately. (You should look up 'revocation' in the Oxford English Dictionary.)

Her Sovereign Majesty Queen Elizabeth II will resume monarchical duties over all states, commonwealths, and territories (except Kansas , which she does not fancy).

Your new Prime Minister, David Cameron (well...we'll figure that one out), will appoint a Governor for America without the need for further elections.

Congress and the Senate will be disbanded. A questionnaire may be circulated sometime next year to determine whether any of you noticed.

To aid in the transition to a British Crown dependency, the following rules are introduced with immediate effect: 1. The letter 'U' will be reinstated in words such as 'colour,' 'favour,' 'labour' and 'neighbour.' Likewise, you will learn to spell 'doughnut' without skipping half the letters, and the suffix '-ize' will be replaced by the suffix '-ise.'Generally, you will be expected to raise your vocabulary to acceptable levels. (look up 'vocabulary').

2. Using the same twenty-seven words interspersed with filler noises such as ''like' and 'you know' is an unacceptable and inefficient form of communication. There is no such thing as U.S. English. We will let Microsoft know on your behalf. The Microsoft spell-checker will be adjusted to take into account the reinstated letter 'u'' and the elimination of '-ize.' ' (I love that one too)

3. July 4th will no longer be celebrated as a holiday.

4. You will learn to resolve personal issues without using guns, lawyers, or therapists. The fact that you need so many lawyers and therapists shows that you're not quite ready to be independent. Guns should only be used for shooting grouse. If you can't sort things out without suing someone or speaking to a therapist, then you're not ready to shoot grouse.

7. The former USA will adopt UK prices on petrol (which you have been calling gasoline) of roughly $10/US gallon. Get used to it.)

8.You will learn to make real chips. Those things you call French fries are not real chips, and those things you insist on calling potato chips are properly called crisps. Real chips are thick cut, fried in animal fat, and dressed not with catsup but with vinegar.

9. The cold, tasteless stuff you insist on calling beer is not actually beer at all. Henceforth, only proper British Bitter will be referred to as beer, and European brews of known and accepted provenance will be referred to as Lager. New Zealand beer is also acceptable, as New Zealand is pound for pound the greatest sporting nation on earth and it can only be due to the beer. They are also part of the British Commonwealth - see what it did for them. American brands will be referred to as Near-Frozen Gnat's Urine, so that all can be sold without risk of further confusion.

10. Hollywood will be required occasionally to cast English actors as good guys. Hollywood will also be required to cast English actors to play English characters. Watching Andie Macdowell attempt English dialogue in Four Weddings and a Funeral was an experience akin to having one's ears removed with a cheese grater. 11. You will cease playing American football. There are only two kinds of proper football; one you call soccer, and rugby (dominated by the New Zealanders). Those of you brave enough will, in time, be allowed to play rugby (which has some similarities to American football, but does not involve stopping for a rest every twenty seconds or wearing full kevlar body armour like a bunch of nancies).

12. Further, you will stop playing baseball. It is not reasonable to host an event called the World Series for a game which is not played outside of America . Since only 2.1% of you are aware there is a world beyond your borders, your error is understandable. You will learn cricket, and we will let you face the Australians (World dominators) first to take the sting out of their deliveries.

13. You must tell us who killed JFK. It's been driving us mad.

14. An internal revenue agent (i.e. tax collector) from Her Majesty's Government will be with you shortly to ensure the acquisition of all monies due (backdated to 1776).

15. Daily Tea Time begins promptly at 4 p.m. with proper cups, with saucers, and never mugs, with high quality biscuits (cookies) and cakes; plus strawberries (with cream) when in season. God Save the Queen!