The truth about Mandela Effect

Derail? Wasn't the topic of your thread the "truth" about the Mandela Effect? A truth that you could not possibly possess?

A truth that can be observed, not just by myself but by others also.

My point, in cased you were unable to discern it, was that there is no truth. Therefore, your assertion that you had single handedly ascertained that truth is highly unlikely.

Our understanding of the word truth must be different then...I mean if there is no truth, why use the word?

originally posted by: BryonBT
I agree that there is no evidence as the Mandela Effect appears to be a glitch in the matrix or a disturbance in the force. So the ME may be a parallel universe or version of reality that we find ourselves in. With just enough awareness of it to have a glimpse of it (a celebrity that we are sure died some years ago that died "again") but not be quite sure of the reality jump. Nor aware of the version of us that took any of an infinite number of timelines or realities. And the more we look at it the more real/unreal it seems.

What is "sure" really though?

Yeah..my story doesn't really have much to do with the mandela effect theory except just proposing the idea that our sureness isn't always correct, even about big things.

You are a wise person. So, I will leave you with this: 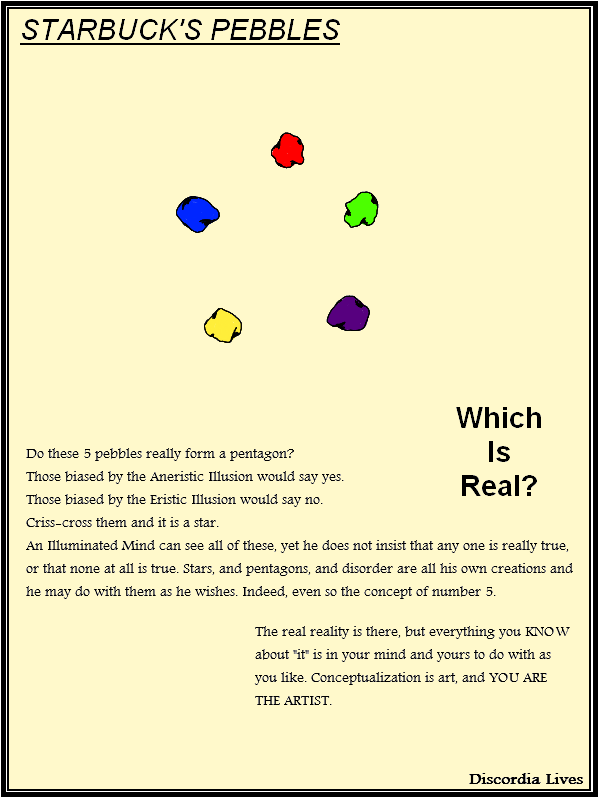 If you wish to discuss it (and any implications you may perceive regarding it) you know where to find me.

All hail Discordia (or don't)