Big news on the agricultural front. I mentioned in my last thread about Monsanto, that they are vulnerable or even willing to merge with other giants in the business. Together, Monsanto may have the chance to disguise itself under a new name. Bayer may also take the opportunity to clean up their image and keep their name, who knows.

Bayer has now confirmed a buyout bid for agrichemical giant, Monsanto — the maker of Agent Orange, RoundUp, and genetically-modified crops — otherwise known as one of the most hated companies on the planet.

In a statement, Monsanto said Morgan Stanley & Co. is advising the company financially in the “potential acquisition,” but didn’t comment beyond basic information about what the deal might entail. The merger would combine Bayer and Monsanto into the largest agricultural supplier in the world. 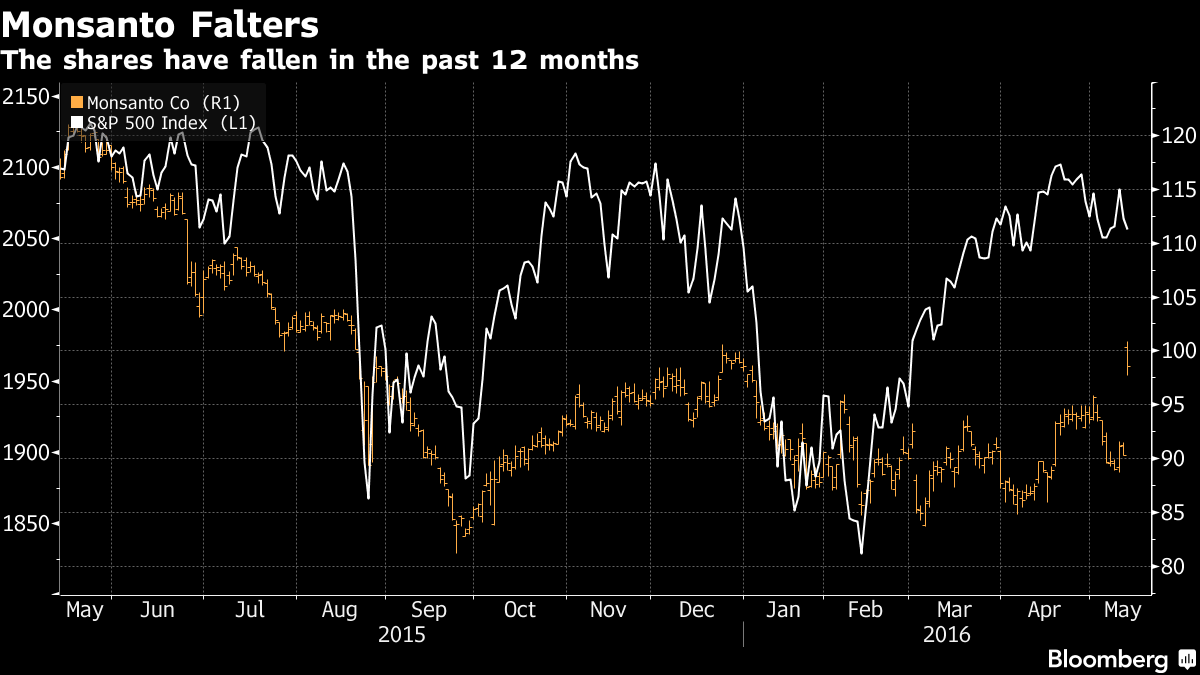 They attribute Monsanto’s willingness may be due to declining sales of it’s GM corn and soybeans, most likely related to the backlash they constantly receive about the safety and effectiveness of their products.

This next paragraph is where it gets interesting…

On Tuesday, the National Academies of Sciences, Engineering, and Medicine declared genetically engineered crops ‘safe’ for human consumption after a multi-year study, but still noted the benefits of labeling foods containing them.

However, one day prior to its declaration, a report cited by EcoWatch revealed extensive connections between the National Academies and biotech companies like Monsanto — which donated millions to the division responsible for the study on the safety of GM food.


To add to their demise, Monsanto has also been known to poison bodies of water with other toxins. Who would have guessed?

Monsanto’s notoriety doesn’t end with shady agrichemicals — not by far. In March, the Portland, Oregon, city council voted unanimously to allow the city’s attorney to proceed with a lawsuit against the behemoth company for the contamination of various bodies of water with toxic PCBs. Seattle, Spokane, Berkeley, Oakland, San Diego, and San Jose have similar litigation pending for PCB contamination.

PCBs (polychlorinated biphenyls) were almost exclusively produced by Monsanto from 1935 to 1977, according to the Agency for Toxic Substances and Disease Registry (ATSDR). The ATSDR marked the company’s production figure at 99 percent.

The Environmental Protection Agency banned PCBs in 1979, deeming them probable human carcinogens. However, the chemical, commonly used in products like paint and ink, is still present in the environment, and it is seeping into the Bay through storm drains.

According to Monsanto’s own internal documents, the company knew about the environmental risks of PCBs since at least the 1960s, but chose to further market the chemicals rather than attempt to find a way to clean up the contamination.

Monsanto said that after studies determined that PCBs do not readily break down and can remain in the environment, its predecessor company decided to stop manufacturing them. The EPA banned their production in 1979.


Let me just add that it remains in our bodies as well. It enrages me to think that Monsanto is only one of many companies operating in the same manner. Now, they may get swept up and never held accountable by selling themselves out and reinventing the process.
edit on 22-5-2016 by eisegesis because: (no reason given)

I want to draw your attention to a previous thread made by Dark Ghost about a school in Peru that was apparently plagued by a demonic force.

They displayed the same terrifying symptoms; muscular convulsions — some developing into full blown seizures — fainting, vomiting, delirium and frothing at the mouth.


Now, get a load of this story…

On Tuesday, nearly 100 people at an elementary school in Northern Peru were made violently ill when a plane fumigating nearby fields released weed-killer.

Reports stated that 92 school children and 3 teachers were exposed to the dangerous herbicide glyphosate, the active ingredient in US biotech giant Monsanto’s best-selling product, Roundup.

A health official in the municipality of Nepena said at a news conference that children in the school suffered a range of symptoms, including extreme vomiting, fainting, stomach pains, and headaches as a result of the exposure.


The crop duster was attempting to spray a sugar cane field owned by Grup Gloria, a large Peruvian agricultural company. Peru is required to tow the U.S. line on glyphosate due to a “free trade agreement,” which in this case states that a substance may be used in a food product until it is “proven unsafe.”


If this is true, then I’m sure this isnt the first time that something like this has happened. Below is another death and illness allegedly attributed to the use of glysophate.

Government officials are trying to rule out herbicide poisoning; however, even before the autopsies are completed. They instead are blaming the children’s deaths, and the 33 additional illnesses, on a respiratory virus.

Marcial Gomez, leader of the National Peasant Federation, reported that the first symptoms were a high fever, and doctors in the area have not provided the correct level of care.

Gomez believes that the children lived very near vast fields of soybean crops that were sprayed with ‘a powerful herbicide’ to kill off the weeds before farmers planted, and this is what led to their deaths.

I’ll let you decide for yourself, but in my opinion, there is something worth investigating here. With so much profits at stake, it’s no wonder why Monsanto regularly funds and conducts their owns studies that prove their products are safe.

Monsanto shamelessly funds another study that finds their poison is safe

Monsanto is promoting another study that argues the there is no connection between cancer and Glyphosate, despite what the International Agency for Research on Cancer (IARC) found.


Fun Fact: 12 of 16 “experts” have direct connections to Monsanto. They are not only funded by Monsanto but are conducted by “experts” who are essentially on their payroll.

Many were out in the streets yesterday protesting their support against Monsanto and other businesses conducting such questionable practices.

Call to Action: Rally against Monsanto!

The Millions Against Monsanto Campaign was started by the Organic Consumers Association in the mid 1990s to fight back against Monsanto and the other Biotech Bullies who are responsible for creating Agent Orange, PCBs, Roundup (glyphosate) and other toxins that threaten human health and the environment.


It appears that it’s working. Monsanto has received so much negative press over the years that sales are beginning to decline. I recommend you do you own research and if you have a choice, stay away from their dangerous products.

Ahhh, good ol' Bayer, the inventor of heroin, infecting the world with AIDS, one person at a time.

posted on May, 22 2016 @ 07:14 PM
link
The giant corporations are like behemoth monsters today. 73 billion for Monsanto seems like a rip-off.

But this is part of the world wide consolidation of the behemoths where in the end they'll be about 20 huge corporations that own EVERYTHING in the earth, maybe even our souls.

And a few others with maybe now:
Bayer-Monsanto

But the potential sale, which would create the world's largest supplier of seeds and agricultural chemicals, is part of a trend in agribusiness. Including Bayer and Monsanto, the six companies that dominate the industry are seeking to merge into a total of three entities to shave costs in their increasingly global competition against one other. DuPont and Dow Chemical have proposed a merger. The China National Chemical Corporation is also trying to purchase Syngenta, a Swiss producer of GMO seeds and crop chemicals. Last year, Monsanto tried, but failed, to purchase Syngenta for $46 billion.

So first they gain control of the seed bank.. or just "help" with it despite wiping out seed supplies of many farmers .. now they want control over over health. Horrific. 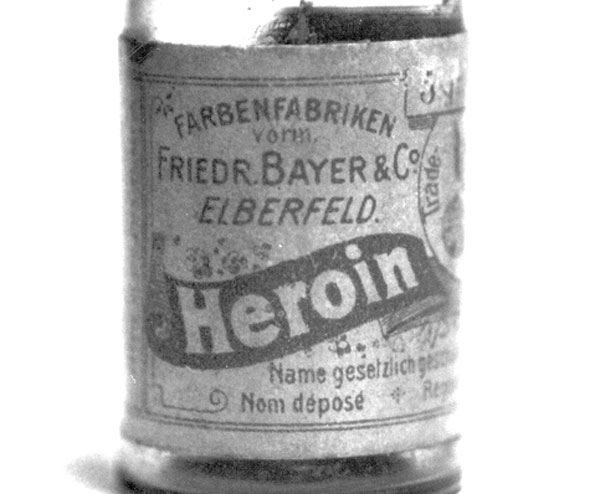 Makes me wonder what else they were involved in during world wars against everyday people..

posted on May, 22 2016 @ 09:06 PM
link
Just a few things I wanted to add. First, with the lawsuits that Monsanto faced from making PCV pipe; when Monsanto got bought out by Pfizer, first the spin off named "Solutia" was liable for the judgements, then Monsanto and finally Pfizer. I wonder how all the judgements will be affected by the merger and any possible spin off.

As for the incident in Peru, my father got his hands on some very strong weed killer back in the late 70's - early 80's. The weird thing was that when he would get mad; he would go literally blind for a short period of time. His doctors tried to figure out what was wrong but did not have a clue. My father did not tell them he was using weed killer. Eventually, after he stopped using the weed killer; his body went back to a more normal state and did not have that reaction when he got mad.

posted on May, 22 2016 @ 09:23 PM
link
Bayer buying Monsanto, in their view, would be very beneficial. Likely that it may be easier to implement Monsanto more into Europe. Just what Europe would want I am sure.

In a year or two, maybe we should run some Bayer aspirin through an HPLC or mass spec and find out what they are really composed of, you never know, right?

posted on May, 22 2016 @ 09:39 PM
link
It looks like people don't know that Bayer has been in the GMO and pesticide business longer than Monsanto has.


That's exactly what will happen, the money just migrates up to fewer and fewer individuals, this is the way of the game. If nothing is done, nothing will get done to alter this conclusion.

Once upon a time. Everyone danced in the streets while being sprayed by helicopters with the pesticides they'd been told by the media to beg for.. they then had the vaccines ready and everyone lined up.

This had to happen as when the pesticides failed to prevent the birth deformities.. the vaccines were desperately needed and saved the day. Yes.

Then someone lived happily ever after. Huzza!

posted on May, 23 2016 @ 02:25 PM
link
The way the folks around where my husband works talk, this won't fix anything. Bayer isn't much better in its own way than Monsanto is reputed to be.

That being said, this acquisition would just be another great example of the mighty Corporotacracy shafting the citizens in any way it can. We will get the same BS but in a new Vanilla scented Bayer labeled can.

You think, but you don't know what is happening inside out when they merge. Media never reports it. Assassins everywhere thanx to US corruption with their Mercs and hitmans.

One side shows up, may seem to be evil. The other is hidden and secretly even more evil.
edit on 23-5-2016 by makemap because: (no reason given)

originally posted by: ketsuko
The way the folks around where my husband works talk, this won't fix anything. Bayer isn't much better in its own way than Monsanto is reputed to be.

I think it has to do with Bayer attempt to gain control of Monsanto research and their GMO. Monsanto should be scrapped to be honest and be stuck in history as one of the most evil corporations. No one should be buying it out. There is something wrong with this buyout.