Coming out as a trans-deity.

posted on May, 13 2016 @ 05:16 PM
link
As I watch events unfold before me it has become clear to me how things really are now. At first I was against it because I was old-fashioned and didn't want to look like a nutter.

But following further reflection - clarity. I realised I was missing a trick, here...

You see I always felt, deep within myself (since I was born) that I am God. I know this sounds absurd, but I've always assumed that the beliefs held inherent by me are indisputable and that my logic is infallable, that I'm spiritually superior to others.

It's irrelevant whether or not people agree with this absurd self-assessment.

You see, despite my inner sense of superiority over all else, I too have feelings. I believe I created man in my own image, but since I'm the source of these feelings, of this image, my needs, wants, emotions, desires are magnified many, many times in comparison to everyone elses.

Another aspect of my personality that is enhanced by my self-declared divinity is my sense of intolerance and bigotry.

And since I believe that I designed mankind in my image I have every right to dictate what is what.

you can't just disagree with me because:

The mere fact that I am writing this thread is tangible proof that I, God...have existed all along! I was among my creations the whole time...always knowing deep, deep within that I was God.

I just kept my mouth shut for fear of oppression.

"They'll never buy it, even though it's true!" I thought...oh, how I yearned to come out and tell the world that I was the creator that manind was searching for, but they'd have crucified me. I pitied myself!

But times is a-changing! You see, being god and all, I foresaw this eventuality.

It was all part of my divine plan that humans devolve and become confused once more about who and what they are...naturally, this was bound to happen to them if it happened to me as I created you all in my image! I made this part of my plan for humanity so that they would one day be gullible and loopy enough to believe my absurd claims.

Only it was worse for me...because of the magnification of everything from my superior perspective as the supreme deity and creator of all the universe. I even experience pain and suffering at greater magnitude than everyone else. Yous don't know what it's like! For me, being stang by a wasp is equivalent to a human being dismembered with a chainsaw while fully conscious. Think yourselves lucky.

Anyway, I suppose what I'm saying is...I've decided to go the whole road and define a new, not so much gender, but class of spiritual being.

Since I get to define this new state of being, I have declared that only one living entity may claim this position at any one time, and since I've claimed it already...none of you all can be trans-god.

I'm the only one...so prepare to be ruled by my iron fist! I suggest you all create and claim your own trans-being fiction before someone else does and stake your claim to it.

Humanity has finally begun the slow path of devolving back to it's primitive state, we'll now go back to when single celled thingies tried to figure out who sticks what in who before starting all over again. And time will run backwards so remember to set your alarm for 11pm to remind you to go to bed for work yesterday.

It's like a sine wave...we've peaked at the positive state of reality and it's time to go full circle. It has been a billion something years since I experienced the negative side of the sine wave but I miss that crazy.

Looking forward to the next couple of billion years, gonna be a lot of fun.

Now bow! I have to make a sandwich but I'll be back later to assert my right to be the person I've felt I always was.

This is how things were meant to be - sense of supreme spiritual, universal importance shouldn't be denied. Nobody knows how hard it has been.

Now, since we've established that by believing this ridiculous reality has manifest simply because I believe it to be so I expect nobody will attempt to counter or contend my claims in any way...you can't argue with God.

You just can't do it. But I'd like it if you all would tell us what trans-being you are. Be creative...but remember, God is taken.

And we're all the god we let ourselves be...

Caitlin is destined to sit at my left-hand and serve as my chief eunuch.

Congratulations to you, too.

You made god laugh. 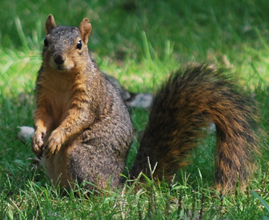 Frankly, I'm just happy to clean up after you guys are done...

and I bow to EmmanuelGoldstein ... he won the quip contest so far (well the usual wits haven't shown, so it's one outta two, so don't get cocky).

posted on May, 13 2016 @ 05:32 PM
link
Yes, I get it. If we tolerate transgenders, we'll have to tolerate all the other trans-things that are going to start coming.

Did you hear about all the people who married their toasters because of gay marriage?

Yes, it was pre-destined by me aeons ago.

posted on May, 13 2016 @ 05:43 PM
link
While there is a lot of hogwash and people who think they are funny and/or righteous about this thing, THERE ARE PEOPLE WHO SERIOUSLY STRUGGLE with coming to terms with their Identity, and it is not a joke. Way to not deny ignorance. Seriously, this whole thing makes me sick. They have enough to deal with.
edit on 13-5-2016 by Sourcery because: (no reason given)

I'm a Pastafarian. Pasta is asexual.

We all struggle with things, it's part of everyday life for most people.

I'm sensitive too, you know?


You see I always felt, deep within myself (since I was born) that I am God.

I love slippery slopes...
So many fails in this OP where to begin...

originally posted by: Sourcery
While there is a lot of hogwash and people who think they are funny and/or righteous about this thing, THERE ARE PEOPLE WHO SERIOUSLY STRUGGLE with coming to terms with their Identity, and it is not a joke. Way to not deny ignorance. Seriously, this whole thing makes me sick. They have enough to deal with.

Cant tell if you are serious or being sarcastic.

Going with sarcastic on this one, since its friday night and all

EDIT:
You know this is about bathroom laws.
Everyone is gay or straight or somewhere in between, everyone is normal.
Life is normal.
Bathroom laws are a trivial waste of our time.
None of us, trans, straight, gay, bi, tri, etc have never had a real issue taking a pee.

Its about the mother fing nanny state next level bs, not about your favorite color.
edit on 13-5-2016 by EmmanuelGoldstein because: (no reason given)

You can serve as my aide de camp at least until someone declares themselves to be trans bolognese.

It might seem absurd to you, it does to me, too.

It just feels right, you know? I remember thinking at an early age...this is exactly how god must feel.

And since none other than God is capable of fully realising and appreciating how it actually feels to be God - it's a no-brainer.

Hey God. I just wanted to thank you for all of your amazing works.

Thank you for every special snowflake you have created.

And lastly God, thank you for giving them a low melting point.

Man I almost wish I was being sarcastic. The whole thing bathroom thing is nonsense, and OP didn't even mention bathrooms. I agree with you Emmanuel, we are all people.

OP is attacking the notion of being trans as if it is a huge joke. Do you not see the problem here?