Lessons To Be Learned From The Donner Party

posted on May, 6 2016 @ 08:17 AM
link
This article was emailed to me this morning and I thought I would share it here.
There are lessons to be learned from past mistakes made.Many of us have bug-out
plans and places,many don't.What is worse is that most will not properly prepare.

Lessons To Be Learned From The Donner Party

yeah, be skeptical of any lawyer/politician selling a book or movie deal claiming they know the way,,, 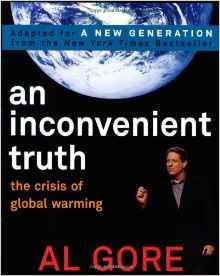 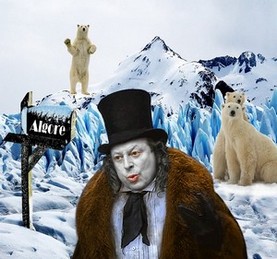 posted on May, 6 2016 @ 11:04 AM
link
It would be nice if the responses here would be more of the serious type.
We should always keep an eye on the past and learn from previous mistakes.
If we keep ignoring the past we will again make the same mistakes.

posted on May, 6 2016 @ 11:23 AM
link
Family lore says that my ancestors were part of the major wagon train of which the Donner group was part.
Mine took the path more traveled.
Apparently that made all the difference.
edit on 5/6/2016 by Phage because: (no reason given)

When choosing a leader, a group cannot tell the difference between the actual presence of talent, and the mere appearance of it.

In the Donner Saga, the pioneers chose James Reed as their first leader, because he acted like someone who had confidence and bravado. Sadly, he had absolutely no judgment; and simply chose the route that might get his party to California first, allowing them to take all the best land. Reed had no concept of the risks they were taking, of possible dangers, nor how to cope with likely crises such as lack of food, water, and the presence of first-nations people. He ended up killing a member of the party even before the first snow fell, and had to be deposed and banished.

Generally, though, crowds of voters cannot spot the difference between personality and skill.

The Greek general Xenophon lived out an example of this in his Anabasis. When the mercenary army of 10,000 were trapped in the center of the hostile Persian Empire, a thousand miles from home, with all their senior generals assassinated, the troops elected a general from among the surviving officers. Xenophon was offered the position, but refused it because his rival Chirisophus was insisting that he, as a Spartan, be given command instead. Xenophon foresaw that Chirisophus would make a poor general. Rather than fight for the command of the army, Xenophon supported his more popular rival. When Chirisophus made weak choices that got men (and eventually himself) killed, Xenophon stepped in and filled the vacancy, saving the now-grateful army, and leading a fighting retreat back toward the Greek mainland.

If you were a member of the pioneer band, you would have needed to argue against Reed as group leader. Some actually did refuse to follow him, rejoin-ed the main group, and made it to California with the larger flood of settlers.
edit on 27/5/2016 by redempsh because: Donna passed