New Atlantis: is an incomplete utopian novel by Sir Francis Bacon, published in 1627. In this work, Bacon portrayed a vision of the future of human discovery and knowledge, expressing his aspirations and ideals for humankind. The novel depicts the creation of a utopian land where "generosity and enlightenment, dignity and splendour, piety and public spirit" are the commonly held qualities of the inhabitants of the mythical Bensalem. The plan and organisation of his ideal college, Salomon's House (or Solomon's House), envisioned the modern research university in both applied and pure sciences.

Bacon's literary executor, Dr. Rowley, published The New Atlantis" in 1627, the year after the author's death. It seems to have been written about 1623, during that period of literary activity which followed Bacon's political fall. None of Bacon's writings gives in short apace so vivid a picture of his tastes and aspirations as this fragment of the plan of an ideal commonwealth. The generosity and enlightenment, the dignity and splendor, the piety and public spirit, of the inhabitants of Bensalem represent the ideal qualities which Bacon the statesman desired rather than hoped to see characteristic of his own country; and in Solomon's House we have Bacon the scientist indulging without restriction his prophetic vision of the future of human knowledge. No reader acquainted in any degree with the processes and results of modern scientific inquiry can fail to be struck by the numerous approximations made by Bacon's imagination to the actual achievements of modern times. The plan and organization of his great college lay down the main lines of the modern research university; and both in pure and applied science he anticipates a strikingly large number of recent inventions and discoveries. In still another way is The New Atlantis typical of Bacon's attitude. In spite of the enthusiastic and broad-minded schemes he laid down for the pursuit of truth, Bacon always had an eye to utility. The advancement of science which he sought was conceived by him as a means to a practical end the increase of man's control over nature, and the comfort and convenience of humanity. For pure metaphysics, or any form of abstract thinking that yielded no "fruit," he had little interest; and this leaning to the useful is shown in the practical applications of the discoveries made by the scholars of Solomon's House. Nor does the interest of the work stop here. It contains much, both in its political and in its scientific ideals, that we have as yet by no means achieved, but which contain valuable elements of suggestion and stimulus for the future.

I have read in a book of one of your men, of a Feigned Commonwealth, where the married couple are permitted, before they contract, to see one another naked. This they dislike; for they think it a scorn to give a refusal after so familiar knowledge: but because of many hidden defects in men and women's bodies, they have a more civil way; for they have near every town a couple of pools, (which they call Adam and Eve's pools,) where it is permitted to one of the friends of the men, and another of the friends of the woman, to see them severally bathe naked." 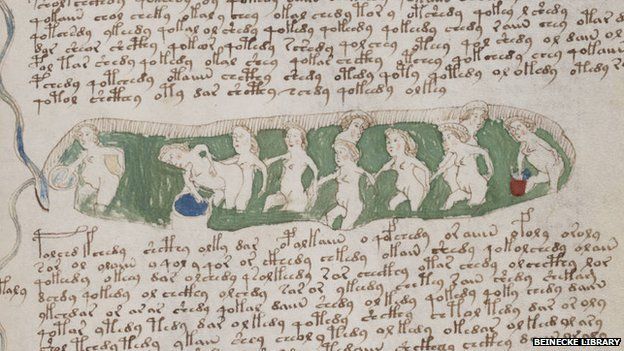