Cruz said the Trump campaign is "whining" about the process.
"All of this noise and complaining and whining has come from the Trump campaign because they don't like the fact that they lost five elections in a row," Cruz said, referring to contests over the past three weeks in Utah, North Dakota, Colorado, Wisconsin, and Wyoming. "This notion of voter-less elections, it is nonsense."

Cruz said the Trump campaign "does not know how to organize on the grassroots." The Cruz campaign, meanwhile, has prided itself on a grassroots campaign with a meticulous attention to data and detail when it comes to picking up delegates.

"The Donald Trump campaign doesn't know what they're doing. They don't show up," Cruz said, knocking his rival's recent mishaps.

Sean Hannity to Ted Cruz: 'I'm getting sick of it'


Let's put the pieces together...

The GOP threatens anyone in the party if they help Trump then they mock Trump for not running a competent campaign? Does this seem like grammar school-level horseplay to anyone else? It's all coming out now and it's ugly, stupid, and immature.

This is the mentality of the people who run the most powerful country in the world? Quoting Cruz from the article above:

"I cannot help that the Donald Trump campaign does not seem capable of running a lemonade stand."

Isn't that appropriate? Bringing this all down to the level of something as childish as a lemonade stand; Cruz couldn't have made a more appropriate analogy.
edit on 20-4-2016 by Profusion because: (no reason given)

posted on Apr, 20 2016 @ 04:56 AM
link
Well, time will tell but I think that Cruz has shown he is a political insider-which will be his ultimate demise in this election cycle. Maybe for the future ones as well.

IMO. He would be smart to face reality, agree to be the VP and possibly be in the White House a total of SIXTEEN Years!

Have to look at the big picture.

And, as VP-let him lead a little and not be like a Gore or Biden-just a figure head.

The Donald Trump campaign doesn't know what they're doing

They're winning, which is more than you're doing Ted..

posted on Apr, 20 2016 @ 05:37 AM
link
A lot of things like this are showing the American voter just how important it is to vote in hoards against the incumbents. Right now 88% of Congress is up for reelection, and Trump may not be the ideal candidate, but he is far better than ANY establishment politician, and I think that is more important than anything this election cycle. People are more disgusted with what any current politician has done to our wonderful country and I think after all the American public has seen from these people citizens are angrier than ever. They have already woke the giant that is the American population and if things go corrupt on election day, that giant will declare open season on all politicians, and as one of the angry citizens, frankly, I don't care what the mob does to them.
edit on Wed20164V201638530 by DonVoigt because: (no reason given)

I listened to this on the Sean hannity show yesterday...

The rules have been given to the candidates, if you don't like someone are you going to hold their hand to help them?

Cruz also mentioned how the trump campaign sent last minute messages to people to vote in the Washington, D.C. Primary...but sent it to the Washington state crowd. This lemonade stand analogy works in describing trump to an extent. Don't get me wrong though both are playing this brilliantly in their own ways.

Cruz is going grassroots and getting all the small states and trump is going for the big states and whining that he loses the small states. Have you ever looked into Donald trumps past of when he "loses" he sues or threatens with his government buddies. He's a sore loser.

I cannot stand Cruz the greasy maggot.
What's the point of having primaries when Cruz can just swindle the vote when actually there was no vote of the people in that state such as Colarado.
And Cruz was not even born in America but Canada.
I am an American Citizen with a very strong British accent as I was bon and raised there doubt I could run the Presidency though.

posted on Apr, 20 2016 @ 05:53 AM
link
The difference between Trump and Cruz (within this context) is the type of "grassroots" they are going after.

Trump operates best out in in the light, in front of 10-20,000 people, with the cameras rolling.
Cruz operates best in the shadows, in small groups, behind closed doors.

posted on Apr, 20 2016 @ 05:55 AM
link
How exactly does having the establishment give you votes without the people having a say count as "grassroots"?

Sorry, Rafael, that's not what the word means in American vernacular. Maybe, in Vancouver

posted on Apr, 20 2016 @ 05:56 AM
link
a reply to: Profusion
Cruz is a spineless piece of # who will destroy this country faster than any other candidate. He scares the living hell out of me. When you have someone who wants to ban an entire group of people for their God....... Yeah he will take the USA down the crazy slide quickly!!!

The part of all this that blows my mind: That Cruz is totally fine with stealing the vote from the American people and when he is called out he tells Trump to learn the system. 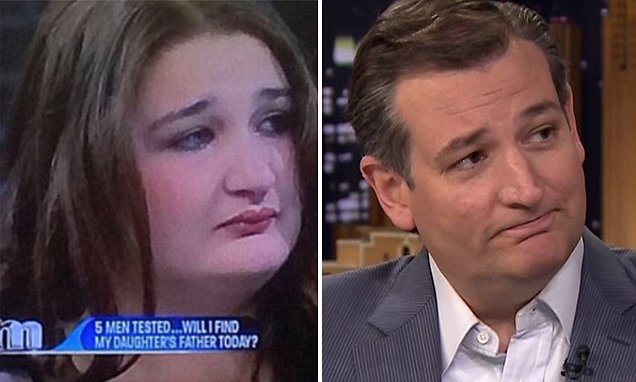 posted on Apr, 20 2016 @ 06:02 AM
link
Everyone should just feel satisfied that the victor in November (whichever candidate that might be) will have the full blessings of TPTB.
I say 'victor', but I believe that our votes are just a little joke around Washington, DC anyway.

I listened to this on the Sean hannity show yesterday...

My condolences. The propaganda makes it sound right but it doesn't make it right.

As much as I dislike Cruz, he's absolutely right.

Problem is that neither Trump nor anyone in his camp knows how the delegate process works. They dont understand the difference between primaries, caucuses, bound, unbound delegates etc.

All theyre doing is complaining like a bunch of babies/spoiled brats.

I'm not saying its an easy nor "fair" system but a candidate can still do well if they know what theyre doing.

With all of Trump's money and support, if he and his team cant figure out the nomination process, how in the hell is he going to run the country?

originally posted by: Profusion
This is the mentality of the people who run the most powerful country in the world?

No, it's the mentality of one political party which is quickly working out that it's dying. It's taken them years to get to this point, but the penny is finally dropping and they now see a very real divide in the GOP, one that they cannot ignore any longer and one which will ultimately tear them apart.

The GOP leadership is seeing all their worst in Trump, and they're trying to steer away from him because he would only damage the party even more. The damage he's already done to the GOP is massive, and that's on top of the damage done by the Tea Baggers.

They have no choice, they have to do whatever they can to stop him, because to let him progress would only hasten the destruction of the party.

This is what people really don't seem to understand - if the GOP splits into two (which is looking more and more likely) conservative power is then divided into two, being watered down, becoming ineffective against the unified Democrats who are still one party and still getting the majority of the public vote.

The GOP is attempting to stop that split from happening. It's too late though, its going to happen whether they like it or not, it's the only option they have if they want to survive as a party and maintain any kind of influence.

The GOP will split into a fiscally conservative party and a far-right party. Its power will be greatly reduced potentially for decades until it can regain some young voters through a change in attitudes to reflect those of society.

As a liberal, this is excellent to watch, the Conservatives are destroying themselves from the inside out and all we have to do is sit back and munch the popcorn.

Trump gets his delegates from the voters.

The GOP is going to lose a huge percentage of their voter base if they go against the will of the people, and they don't seem to care. They are delusional. They really think the people will just bow to their will.

Cruz is delusional too. He keeps bragging, and the people keep showing how they feel about him through their votes.

This whole election is surreal.

posted on Apr, 20 2016 @ 07:17 AM
link
I believe those running the political parties have thought processes aligned with, if not the same, as our leadership. They all can be bought.

Compare Congress to these people and there isn't much difference to be seen.

posted on Apr, 20 2016 @ 07:21 AM
link
What is funny is he is running around doing everything possible to sway the primary in his direction... but I still dont think he has a chance in Hades of winning.. At best they offer him VP spot. But I even doubt that the GOP (the actual party, I am sure there is someone out there that likes the guy) HATES him... his only hope was to win things out right and that ship sailed some time ago.


The only positive thing I can say about the guy is he makes liberals heads explode... which isnt saying much.

It would get him out of the senate and the religious folks like him. That might be some grease for the wheels.

Law on unintended consequences... I know people that were happy when Kerry left the senate without thinking about how big a clown the guy is... he should never have a position of power.

I look at Ted in the same way, he needs to be proven to be such a slimy politician and unmitigated clown he get tossed from his seat so he can fade away into obscurity.