'The mystery bomber in white' (Brussels) and the Illuminati. 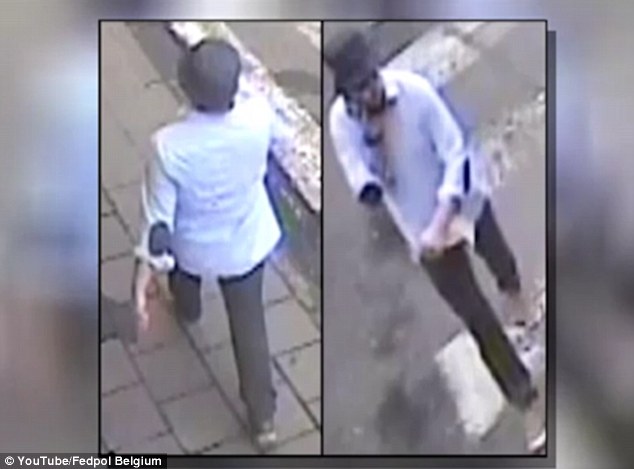 'The mystery bomber in white'


Underneath, the fugitive's shirt appears bright blue with dark patches on the elbows. He was also wearing dark trousers and brown shoes with large white soles.

If this website is to be believed then all that have patches on the elbows of there jackets are Illuminati. 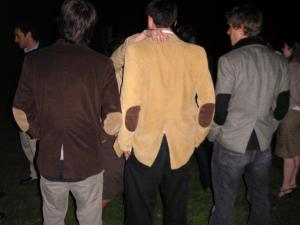 posted on Apr, 8 2016 @ 09:21 AM
link
Illuminati and UK school teachers.. From my generation..
To be honest it's a ridiculous assumption that this guy is Illuminati because he has patches on his elbows.

Besides the fact that the Illuminaughty aren't real or even exist...?


One of the dumbest things I have read. No, I take that back. It's beyond retarded and an insult to people with genuine learning disabilities.

Who actually believes this sh*t ??

originally posted by: noonebutme
a reply to: Gerbil

Besides the fact that the Illuminaughty aren't real or even exist...?


One of the dumbest things I have read. No, I take that back. It's beyond retarded and an insult to people with genuine learning disabilities.

Who actually believes this sh*t ??

A little bit harsh there noonebutme. Bear in mind this is a new member here.
Firstly we don't want to put people of joining or staying within our community here.
Secondly we have all made threads and posts that are maybe a little wild or out there..

Don't worry op.. Keep trying, and although you didn't hit the nail this time. I'm sure you will.
BTW flag from me.. Just broke your ATS virginity..
edit on 8/4/16 by Misterlondon because: (no reason given)

Ruh Roh, I have a jacket with patches on the elbows and he's wearing running shoes, black standard running shoes with a white bottom edge and toe cap. I had better put mine away or burn it all lest someone target me as illuminati LOL.

originally posted by: BlastedCaddy
Not for nothing. I own a brown tweed jacket with patches on the elbows. I can assure you I am not part of the Illuminati. 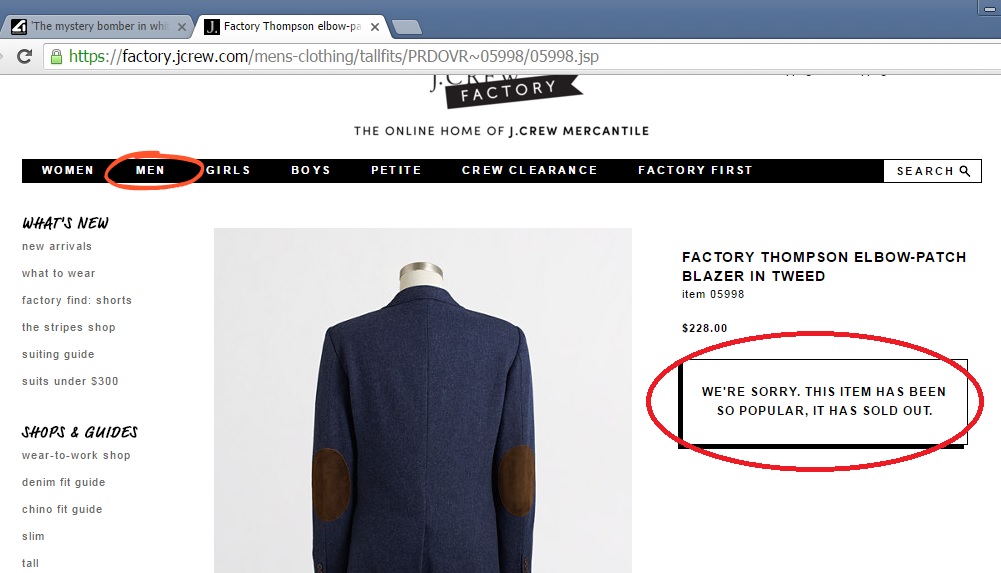 SEE! It's "sold out." I bet if you go to the website through the illuminati server, they're still in stock!

I actually feel bad for the guy who made that website (or the post about it.) He's clearly suffering from paranoid delusions. College campuses and horse racing tracks must seem like massive covens of Illuminati to him with all the old guys with elbow-patch jackets! I'm going to check the site out - hopefully it's satire, and funny.

If it's not, it would be cruel fun to send the guy a tweed elbow-pocketed jacket with a "welcome" note.

Every next week i get corrected.

So thanks for this thread, and for keeping up the weekly tradition.

And welcome to ATS.
I think you will love this place.

Ok guys, the website with the tweed jackets is hilarious. What I've read so far is good over-the-top nonsense (my kind of humor.) Below is an excerpt from the main page. He delves into the various organizations involved in the conspiracy against him getting a job, and describes the picture of the 3 D-Bags in the picture as a "typical illuminati gathering."

The fact of my continued unemployment is certainly perplexing. We could point to a number of reasonable causes for how, in spite of a sparkling resume and billion dollar education, I remain bereft of a job for over a year: the economy is terrible; the unfairness of the in-state bar monopoly; directionless job searching on my part, etc. I would prefer to ignore these reasonable explanations and point to what I feel is the real cause of my distress: The Secret International Anti-Erik Conspiracy. No doubt you are unaware of The Secret International Anti-Erik Conspiracy. That is because it is secret. It slithers beneath the deepest catacombs of Power. It sulks darkly in the shadowy alleyways of human resources offices. “They” sabotage me at every turn. The scope of this conspiracy is massive, representing an alliance of unprecedented proportions (even for Dan Brown) between all of the most important Conspiratorial Organizations. Enemies turn to friends in the the terrible plot to stage my undoing. Across the globe they whisper and intrigue. Let us describe the players and motives behind this evil conspiracy. Trilateral Commission – A secret organization of aliens with trapezoidal-shaped heads. They meet in a secure bunker under Area 51 bi-weekly to plot my demise. As a commission, they follow Roberts Rules of Order. This causes their meetings to last several hours, with the result that very little in the way of Anti-Erik strategizing gets accomplished. In spite of their unusual appearance, their opinions, when they get around to having them, are not taken seriously by the other members of The Secret International Anti-Erik Conspiracy. Motivation of the Trilateral Commission – The Trilateral Commission’s antipathy for me derives from my childhood love of the Spielberg classic E.T. E.T. and his race are the ancient nemesis of the trapezoidal-headed aliens. They view my early advocacy on E.T.’s behalf as a formal alliance against them. It is not personal, rather it is the result of a byzantine series of alliances. Like World War I.

S&F for finding something funny for me on a slow, snowy, April Friday morning.

posted on Apr, 8 2016 @ 10:04 AM
link
My dad has a tweed jacket. I knew there was always been something suspicious about that little elderly irish man.

I literally had to clean up my touchscreen, i laughed so hard.

posted on Apr, 8 2016 @ 10:09 AM
link
The first thread i click on A.T.S in years...who knew? Mr Gibson from 9th year geography was really an "illuminatium" posing as a stressed out,debt ridden borderline alcoholic earning a meager pay in a state school.

Why would they need patches on thier elbows I wonder?

Is it maybe they need to be on thier elbows at a moments notice. You would think they would need them on thier knees as well...

Shouldn't they be all wearing heels?

Maybe they should all tattoo Illuminati on thier foreheads.. they will be easier to round up and exterminate that way. Maybe we need the gulags after all. And the guiotine trains.

posted on Apr, 8 2016 @ 10:29 AM
link
i'd also like to chime in and say i've got a nice tweed jacket with patches. they're pretty nice actually. definitely not Illuminati. LOL 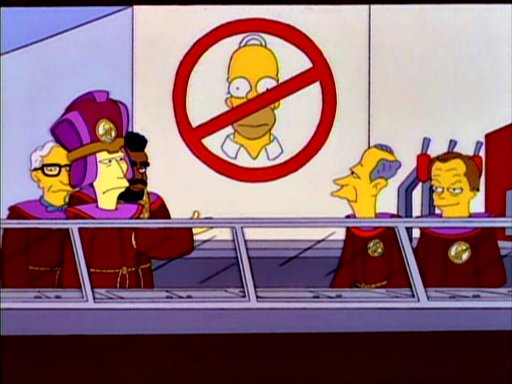 the infamous "no homers club"

originally posted by: Misterlondon
Illuminati and UK school teachers.. From my generation..
To be honest it's a ridiculous assumption that this guy is Illuminati because he has patches on his elbows.

And what claim made by these people is not ridiculous?
Everything the Illuminati/Lizard People/NWO idiots present as some kind of evidence for what they believe is so ridiculous you have to wonder what medication they stopped taking.

Well... that could be plausable.
He is in Belgium ... afterall he could be flammish.
And in our language we have a saying:
(Roughly translated)
..." To have it behind the elbows"...

Which means:
Without showing his selfish intentions.
Or: he is underhand.

So...elbowpatches could be symbolic... yes.
Illuminatie ... well...just a maybey.
As the illuminatie are underhand.
Him being a mysteryman ... yes.
Maybey he has (my first thougt) nothing to do with the bombing.
Can't tell.
Don't know.
But the elbowpatches being used as a symbol is not that far fatched in our language.

And maybey some other ATS'er can tell us a story or two about where elbowpatches originate from?
Conservative people with a tweed jacket, to cheap to by a new jacket every time it wore out.
Rather saving their money for business, which is why the jackets wore out at the elbows (which were on the table as custom) in the first place.
That describes the Rothshield way of living if I'm not mistaking.

originally posted by: svetlana84
a reply to: dogstar23

I literally had to clean up my touchscreen, i laughed so hard.

Yep, I'm still ATL-TABbing to it to get a couple snippets in between my creeper boss pacing around the office. LOL

originally posted by: Misterlondon
A little bit harsh there noonebutme. Bear in mind this is a new member here.
Firstly we don't want to put people of joining or staying within our community here.
Secondly we have all made threads and posts that are maybe a little wild or out there..


It was an utterly ridiculous statement to quote -- that the mere idea of wearing a type of very common clothing signified that individual was a member of a completely unreal, zero-evidence based secret society.

If it had been about a tattoo, special ring, or some other "unique" quality, sure, you can make up something from that and perpetuate a rumourr. But a very common style of jacket with elbow patches?? Come one, it's not even smirking-funny. It's just ridiculous.

There's nothing wrong with conspiracy theories -- but at least back up the claim with SOME form of evidence. Otherwise, this site, which has the power to do good, becomes nothing more than insane ramblings and pure unsubstantiated gossip. Why not buy a copy of "Heat" or "The Enquirer" and be done with it?
edit on 8-4-2016 by noonebutme because: (no reason given)

Now if you want Illuminati-grade stuff :
Brussels is a city build on 7 hills, with 7 gates, the head of a kingdom with 7 kings (5 of the them are fallen, the 6th and the 7th are still alive), ... I digress.