Not Seen for 40 Years , 'Dopey Dick' the killer whale is Alive and Well !

page: 1
20
log in
join
share:
gortex
+3 more
posted on Apr, 3 2016 @ 06:00 AM
link
Dopey Dick found brief fame way back in 1977 when in pursuit of fish he swam up the River Foyle in Londonderry , Ireland to the surprise and delight of the locals , they gave him the name Dopey Dick.
At the time Dopey Dick was a young adult male and to the surprise of Killer whale experts the whale now known as Comet currently living off the coast of Scotland has been identified as the long lost Dopey Dick from pictures of the 1977 event uploaded to Facebook.


Dopey Dick's true identity was discovered when old photographs were uploaded onto a Facebook page. Killer whale expert Andy Foote and Hebridean Whale and Dolphin Trust Science Officer Dr Conor Ryan recognised the whale in the images as Comet, last recorded by the Trust off Dunvegan, Isle of Skye in September 2014.


"I couldn't believe it - he was already a full grown male back in 1977, when I was just five-years-old." Dr Ryan added: "From the pictures you can tell he was an adult male back then and he's still going, so we reckon he's at least 50 years old, possibly older. "Even though he was nicknamed Dopey Dick, he probably knew exactly what he was doing."
www.theguardian.com...

Picture of Dopey Dick taken in 77. 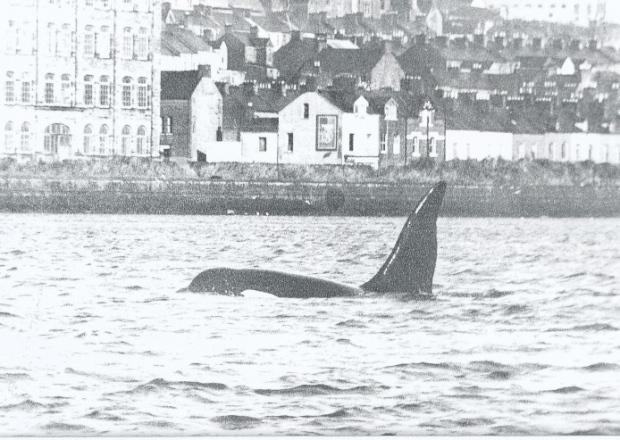 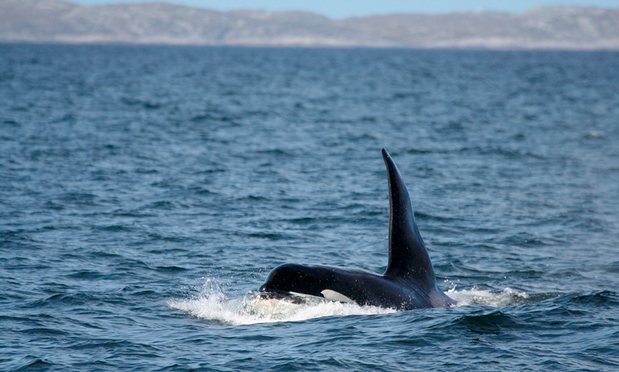 In the wake of recent mass whale standings and deaths it's nice to see a good news story concerning our local whale population , although experts do have fears for the future survival of this pod of whales we should celebrate Dopey Dick's longevity.

posted on Apr, 3 2016 @ 07:35 AM
link
There was an anecdote on a nature doc I saw about a killer whale who used to show up at an annual fishing event. He had learned how to help the villagers with their nets according to the local legends. He showed up every year, right on the day and helped with the catch. They gave him the offal and a portion besides in gratitude because they couldn't haul in their nets nearly as well without his strength.

He did this for close on to 60 years before he suddenly stopped coming one year as abruptly as he came.

Whale scientists always took it to be a story until they found a skull with deep grooves worn in two of the bottom teeth, exactly as if the whale had been catching a rope and hauling. Now there was no way at all to prove that this was the skull of that one whale, but the circumstantial evidence made them wonder. And the way that killer whales are known to learn about annual food sources and exploit them year after year fits the pattern.

Anyhow, it was an interesting story I remembered and I thought I would share. It looks like this guy is still alive and kicking on his own annual route.

Damn... I guess this is just further evidence of "black don't crack."