posted on Mar, 30 2016 @ 04:13 AM
link
Just wondering what this whole "fraternity stuff is about. If anyone here can chime in to fill me in on why these kind of events are held in the first place id appreciate it. Also wellccome to share your own fraternity experiences if you wouldn't mind sharing.

I just see easy to manipulate people taken advantage of.

Truly it's not so different from the rites of admission you have in tribal cultures.

I don't know specifically how it works in the US, but here in Belgium we have a long tradition of "students societies" in universities almost 2 centuries old. 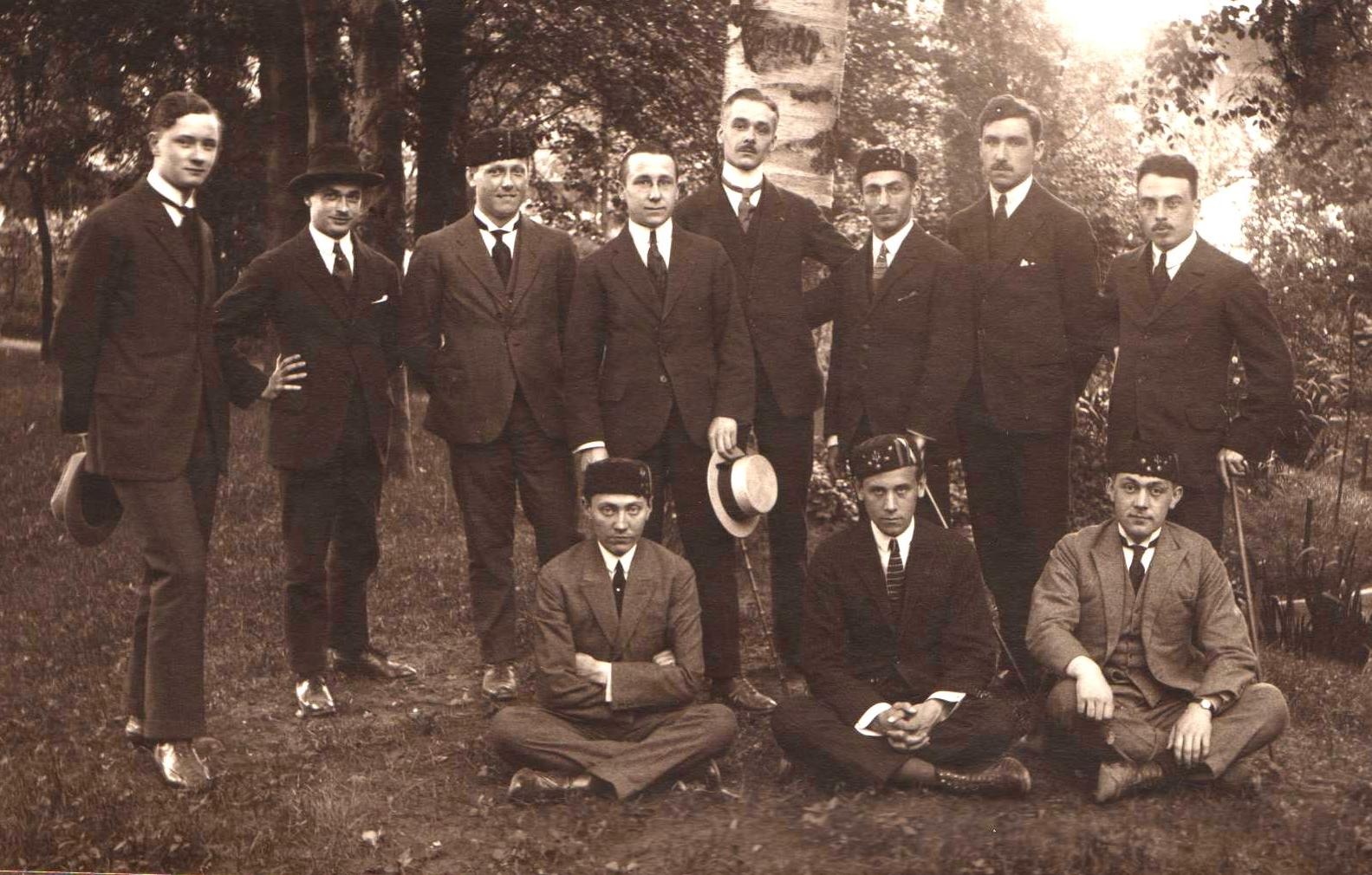 Students aren't organized in "fraternities" but in "circles" depending on their faculty or geographical origins.

These circles will recruit new members each year (non mandatory today but in the past being a member of a circle gave access to some academic help and a huge network of people).

New members have to go through various trials including drinking a lot of beer (but you can refuse it and drink water) and being humiliated, but also learning student folklore, songs and latin locutions. 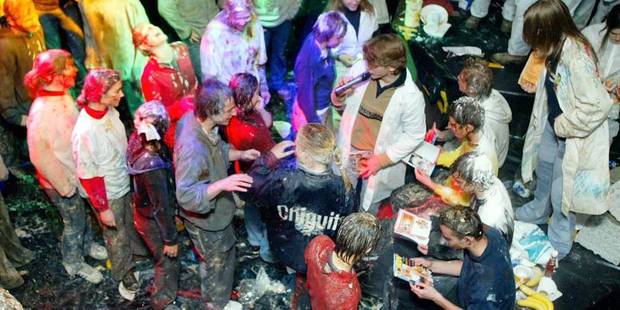 Eventually it always ends with the person being accepted as an esteemed member of the circle.

It can happen that some people abuse this situation to hurt or manipulate some new students. Usually the other members make sure it doesn't happen but some people are just sociopaths who don't get the point of these rites.

Since it's not mandatory anymore there are less and less people partaking in it but also it reduces the privileges of members VS non members, which is a good thing IMO.


I believe that in the US fraternity tradition has evolved a bit to become more about building networks of wealthy students so they can stick together, get wasted, and find a job easier later while remaining within these circles.

It allows wealthy people to keep their social privileges by staying with people from the same social circles. It's natural and most people/socio economic classes do this unconsciously through life, but it does tend to prevent social mobility.

Here studies are subsidized so wealth isn't a factor in joining a student organisation. It's truly more about perpetuating student folklore and building a network of students, like alumni for people who graduated. 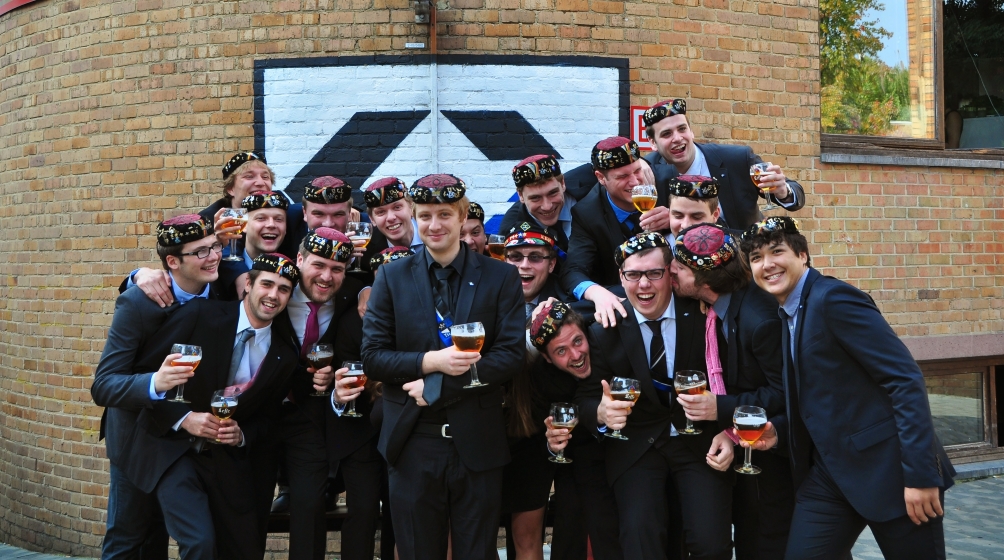 I enjoyed my participation in student societies and student life in general. It helped that the "hazing" part was really understood for what it was (making the new student more humble to integrate him in the group more easily, and also to deliver a powerful experience that will serve as a bonding agent between all the new students) and so it felt more like a play than a real will of humiliation. Older students had to make sure that no one was ever in physical or psychological danger. The etymology of "to humiliate" is literally "to make humble" so if you wonder what is the original point of hazing there you go.

Also when despite all this abuse does happen, then people have to face their responsibility and the abuser is denounced to the authorities. It's very rare though compared to the occurrences of abuse in everyday's life.
edit on 30-3-2016 by SugarDaddy because: (no reason given)

I have lived a life.

However, I have myself some rules, rules which trump the law of the land, and indeed every social convention that exists anywhere in the world. These rules have kept me safe, kept my friends safe and mostly revolve around knowing ones limitations.

As long as you at least try to keep to these rules, then you can have good times, without necessarily putting yourself at risk. Some of us have greater tolerance than others, which is why I have often been last man standing, the one to carry a buddy home.

But this hazing crap is something else. If someone tried to force me to do any of the stupid crap these people have been up to, I would break their legs and stamp on their heads. No questions asked, no messing about. No one, no group of people, no individual EVER dictates to me and has a happy story to tell of it afterward. I would burn the damned frat house down before accepting that kind of behaviour.

Watch "Animal House" with John Belushi. It shows 3 or 4 different ones and how they operate.

Another movie would be with Val Kilmer called "Real Genius"...another frat representation.

posted on Mar, 30 2016 @ 05:50 PM
link
There are many different frats and each has its own flavor. My great uncle belonged to one that, by the time I got into college, had so changed in its character he wouldn't even admit to being a member anymore.

That same frat was a notorious party house and stood right beside my scholarship house. They used to shoot bottlerockets off our windows at night. My husband had a story about how the same group ticked off some people who stole giant roles of shrink wrap out of the dining hall and after all the frat bros had passed out one night, they basically wrapped the first floor up tight with it all the way around so no one could get out in the morning.

But, at the same time, I knew several other frat members whose frats were nothing like that one to varying degrees. So it basically all depends and has a lot to do with the character of the group in the house at the time.
edit on 30-3-2016 by ketsuko because: (no reason given)

Beat me to it. The term "frat" just gets on my nerves. It's an immediate negative connotation. You wouldn't call your country a c.... well, you know.

I agree with ketsuko that all fraternities are different for better or worse. Even the individual chapters of a given fraternity could be completely different. I've been in altercations with brothers from other chapters because they were a-holes. I even had kick some visiting chapters out of our house because they were acting a fool.


Beat me to it. The term "frat" just gets on my nerves. It's an immediate negative connotation. You wouldn't call your country a c.... well, you know.

I agree with ketsuko that all fraternities are different for better or worse. Even the individual chapters of a given fraternity could be completely different. I've been in altercations with brothers from other chapters because they were a-holes. I even had kick some visiting chapters out of our house because they were acting a fool.

Sorry, but frat is shorter to type than fraternity; plus, if you knew the house I was talking about ... well, they were frat in the most stereotypical manner. Besides, I said I lived in a scholarship house? Yeah, most folks called it the "cheap sorority."

But it also looks like OP left the thread after asking for info...