posted on Mar, 8 2016 @ 03:56 PM
link
For years, fans have been after Hollywood to do a GOOD Wonder Woman movie. There have been many letters written, and fans who have gone to great lengths to make their own trailers. Threads have been authored on ATS about the possibility. Finally, someone listened...

Looks like they're at least trying to do the story justice. I almost never go to the theater. I went for "The force awakens", and I'll be going to see this if I can.
edit on 3/8/2016 by Klassified because: gwammar and punct.

Oh NO!, attack of the semi clad woman in the metal bra with the boomerang hair slide.

I had a crush on the TV series character when I was about 8 or 9 but a reboot would have to make it more up to date and get rid of some of the old ideas'.

The video look's like it might be a good enough film though but it reminded me a little of a Xena inspired cross over with mary poppin's, now if she get's to kick the hun's in the ghoulies then I'm in and want to watch it.

I had too add this, warning foul language but funny (if you have an infantile humour like mine).
www.financetwitter.com...

As a kid I watched the tv series.

I grew up though.

I really don't have much interest in Wonder Woman.

Maybe they will do it justice.

Feminists are gonna hate it though or maybe they won't.

A half naked chic going around kicking butt, and taking names.

They made the Green Lantern Gay. 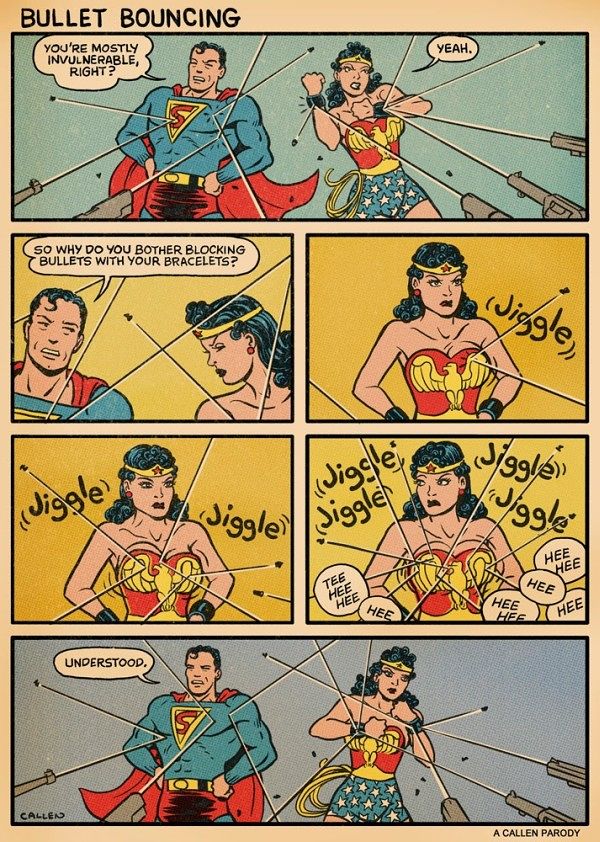 Tvland of that era isn't as raunchy as today's.

Only so much they could get away with.


wonder woman's fight was (for me) the only redeeming quality of the batman v superman film. she kicked butt!

That fight scene was the only redeeming quality of that movie.

posted on Mar, 28 2016 @ 07:40 PM
link
I thought they already released a Wonder Woman movie. Forgive me if I'm wrong but people were upset before the movie even aired and it was soon forgotten.