Dungeon Nightmares 2: The Memory On Steam

posted on Mar, 6 2016 @ 07:41 AM
link
Way back when I started making actual Let's Play videos, one of the first ones I did that was suppose to be quite scary was this free indie game called Dungeon Nightmares. It most certainly did not fail to deliver on that promise of being scary!

I'd made quite a few videos playing it, and the jump scares in it always got me me good. The game is still available to play for free and can be downloaded from places like GameJolt or Desura. The link below is from Desura:

Here is my play list for that game if any want to revisit it or have not seen me play it. This was back in the summer of 2014, and it amazes me to see how young my son Josh was back then:

A few months later while browsing games on GameJolt, I checked to see if there were any updates for DM and found that KMonkey had posted a demo version of her new game Dungeon Nightmares 2, which she had just gotten greenlighted for Steam. At that time it was possible to download the free "work in progress" version of it and give it a try.

I had downloaded it and did some recordings, again with my son Josh who looks so young in the first video in the play list..

Time had gone by after we'd tried it out, and now here we are going into Spring of 2016. Dungeon Nightmares 2: The Memory is done and available on Steam for about 8.99 USD.

I bought the game and gave it a try.

WOOF! Just as scary as the first one, and even though my son is a lot older now....the game again, doesn't fail to scare! 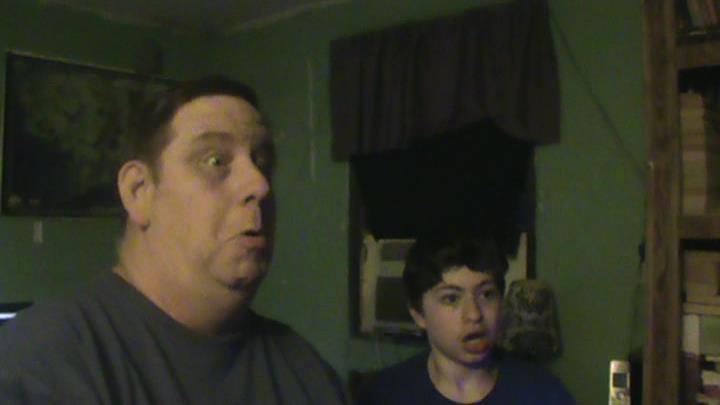 Here is a link to the Steam Store for the game for any that might be interested in getting it:

Dungeon Nightmares 2: The Memory on Steam

And now, for those that want to see us get jumped scared quite a bit, here is the two new videos we recorded the other day.

I had to laugh at my self when you burped, because it freaked me out thinking something was coming for you! lmao

originally posted by: eriktheawful
a reply to: seeker1963


You and I just might be the same age or ballpark, ever here the old scary tale, "Johnny I want my liver back"? Great story to tell a bunch of kids sitting around a campfire! lol

Ha! Looked it up!

I figured you would be bummed a tad I brought that up, but it was so damn funny that it made me jump a bit, I had to tell it!

Not to mention, I love your videos and just wanted to participate a bit to show appreciation for you posting it!

That video reminded me of when I was a kid a story my mom used to read to me, "The Teeny Tiny Woman".

Only the version my mom read had a different ending than the original story.

In the original story, the teeny tiny woman peeks out from her covers and tells the ghost to "Take it!" when it asks for the bone again.

In the version my mom had, the way it ended was like this:

Had a cub scout a couple of years ago, bragging about all these horror movies he'd watch and how nothing scared him. I told him I had a scary story that would get him. He scoffed.

Well, when I yelled "BOO!", he came out of his chair about a foot, eyes about as round as tea saucers. hehehehehe.