I just got a pretty nice little pack bag (for free even!). It's a brand new Swiss Gear 3116 Deluxe Laptop Backpack. I can't see anywhere where it says how many liters it is, but I'd guess about 27-30L area.

I have this personality quirk (a glitch in the Matrix if you will) where whenever I get a new bag I feel compelled to put stuff IN it. This malady usually results in my cramming about 7 metric tons of junk inside which I will never need because, hey, it fits in there! Heck, I've even been known to go out and actually buy crap to put in a bag (as if I didn't have enough crap already...but that's 'old crap', right? Gotta' have 'new crap'!)!

So a couple thoughts have crossed my mind and I'll address each separately...

1. What if I did something really novel and just didn't put anything at all in the bag? That way I could walk around and pick up random junk / crap and stick it in there. I wouldn't be walking around with 7 metric tons of stuff (at least at first anyway), and then when I got to about 6.8 metric tons I could re-evaluate what I had. Seems reasonable, huh?

2. Transfer 3 metric tons of crap out of one of my Timbuk2 messenger bags and use this bag for my daily carry bag. This, while I wear out the "Add to Cart" button on Amazon looking for another 4 metric tons of stuff to buy to cram in there.

3. Keep using my Timbuk2 bag, but use this bag to porter (transfer) loads, Sherpa style, between the house and the GHB in the car which is a Rush 24 (and really should be called a 'Rush 61' with all the stuff I have jammed in it).

Now I should probably make note here; I'm thinking of changing the GHB in the car to a "GHD" (Get Home Dumpster), but until I find the 18 wheeler to haul it the GHB is gonna' have to do.

On the other hand, I guess I could just use the new bag as a "WAAWBCB" (Walk Around Aimlessly With a Bunch-o-Crap Bag) or a "RTDSF" (Really Tired Dude with Sore Feet) bag.

Now you need to understand here; down in the basement I have a couple "RRTD" (Really REALLY Tired Dude) bags from my backpacking days. Each of these bags hold about eleven-teen metric tons of junk and crap, PLUS (as an added bonus) you can hook about another 2 metric tons of swinging, pokey, clanking, junk to the outside of these ones also. Also down in the basement I've got about 5-6 other bags in varying sizes, some partially filled with stuff I've long since forgotten I had (and probably bought 3 more of since because I really "needed one of those").

Ah, I don't know! Maybe I'll just set the new bag somewhere and look at it periodically in wonderment of an actual empty bag.

You could always liquidate / or preferably give away the surplus junk to best effect.

That would be my answer anyway even if bland.

I love me a small under the arm pouch about the size of the old hip belts.

Could you put the half empty bags from the basement into the new bag?

Then you would have a bag for your bags? 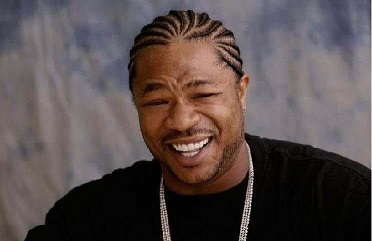