On us, love Australia. You either with us, or we'll send you home for free.

Apparently I am the biggest terrorist here

What are you trying to say

The innocent lamb did no such evil deeds

You criminal !!! Wait didn't I see you on the First Fleet ? Lol hey friendo

posted on Feb, 18 2016 @ 11:04 PM
link
I wonder what they are protesting in that video ? identify them all and stop their centrelink payments ( welfare ) and then find out which ones are using insurance scams all the time while you at it. Any of them living in a state funded house should be kicked out onto the street and when they're starving cold and wet lets see if they gain a little humility for everything this country has given them for free.
edit on 18-2-2016 by mazzroth because: In 3 days i've been a member on here for 10 years WOW !

It is fear and the threat of being ostracized from their communities and for many, a silent agreeance with Islam dominating Australia.

Also the Lefties have you believe that moderate Muslims are a majority in the West and there are few hardcore Islamists. I question this when 86% of Australian Muslims are against marriage equality (the highest against % of major religions in AUS)

Go to any Muslim majority suburb and you'd be hard pressed to find any muslim associating with a non muslim. Only moderates have non-islamic friends.

Even in a free democratic country such as Aus there is an undercurrent adherence to female genital mutilation, child marriage and domestic abusea within the islamic community.

One thing you can be certain about mate and that is nothing happens unless someone wants it to happen.
ISIS consists of aobut 20 - 30 000 jihadis running about brandishing hand held guns. yet they are the most feared group on earth.

They run around saying everything they need to say and appearing to do everything that plays right into the hands of western terro fear mongers in the media.

Ask who gains from this?

Who owns the media?

It is the global war industry?

is the people whose first lawyalites lie with the ambitions of those people who come from that very small but very powerful country in the mid east?

Are all the above the same people.

Ask why, how and who organised the msuo invasion of Europe?

I'm tired of this "fear mongering" bull#, it's so #ing disrespectful ! all those who shift blame should be ashamed.

Take a good look, are these guys fear mongering? Think about what you are really saying while you sleep easy. 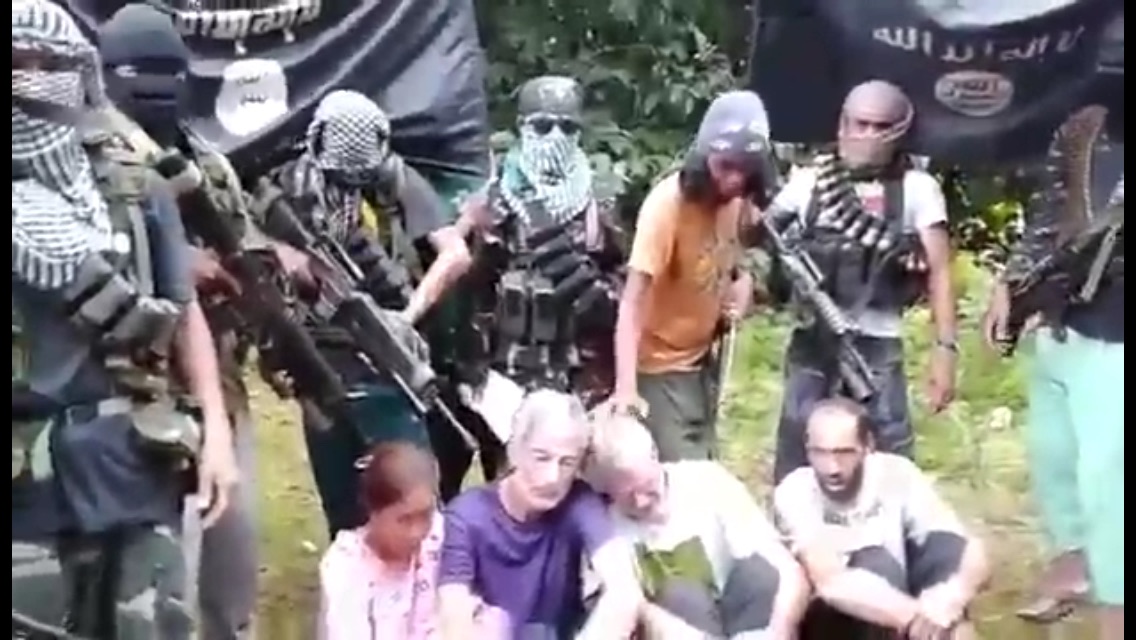 You need to ponder your position more, you are in need of perspective, but let me ask you,do you want these guys and their supporters in your homeland? Is this where you point back to the "NWO"? # the "NWO"! this is a real ideology no nefarious magical group needed, and we need to fight this bull# everytime it rears its ugly head. Positions like yours are radical liberal positions drenched heavily in conspiracy, take a step back because what you condone and where you put the blame is seriously twisted.

I believe moderates are really just 'fence sitters'. I have no faith in them defending an aussie way of life if it came down to their majority in beliefs. Just prevent a majority islam rule and the moderates remain just as they are,,, 'moderates'.

They're nothing more than rats that need extermination. The current pack of (poison) 'ratsack' (nations) can't control the disease.

They need something more internal to rot their isis guts out. Sadly there are objectors to this measure, who just need to quietly sew their lips together until the violent, sadistic vocal groups or individuals are silenced. Then a lot of people, 'the majority', can sleep easy.

I'm tired of this "fear mongering" bull#, it's so #ing disrespectful ! all those who shift blame should be ashamed.

Take a good look, are these guys fear mongering? Think about what you are really saying while you sleep easy.

You need to ponder your position more, you are in need of perspective, but let me ask you,do you want these guys and their supporters in your homeland? Is this where you point back to the "NWO"? # the "NWO"! this is a real ideology no nefarious magical group needed, and we need to fight this bull# everytime it rears its ugly head. Positions like yours are radical liberal positions drenched heavily in conspiracy, take a step back because what you condone and where you put the blame is seriously twisted.


We don't discount the validity of the threat, nor the evil they perpetrate..

I suppose you just had to be have been down here, to understand the dissolution with the "imminent threat" that was spouted ... just about daily.. from our previous PM and his lackeys.. (even on xmas day, it was relentless) it became a threat of it's own, so much so they removed/replaced that PM, and it really created a lot of apathy, division and misdirected hate.

As this very thread highlights.

Who are they as players, who are they being paid by, How certain can we be they are not CIA trained and paid?

These kind of thoughts have to be considered too considering the record of US in such matters.

The Australian govt is a vassal state of the US.

Some years ago I watched an interview of Former SE Asia CIA Station Chief on Foreign Corespondent, The former station chief volunteered the observation that the Bali Bombings may have been the work of the CIA on the basis that, (whoever was president at the time) wanted to do his friend John Howard down in Austraya a favor.

I nearly fell out of bed when I heard that anyway before the Bali attacks the war on Iraq was polling vary poorly for the Howard govt. After the Bali Bombings support for the war in Iraq went through the roof. see?

Notice we were never allowed to forget the Bali Bombings while the war in iraq on going on but what happened when the US pulled out?

and these knobs want to be cool and powerful so they'll print out a few ISIS flags on paper and show them thinking it gives them cred..

in all honest most of them still fear when their mom calls asking why their room is a mess.

I would gladly put a 5.56 center mass into an ISIS supporter, so then why is it so hard to believe a ISIS member would cut my head off for similar honest reasons? Isis is a common enemy among the west, and according to their insane doctorine we are a common enemy to their caliphate.(no magical nefarious omnipotent power needed, just humans being humans) now is propaganda used ?holy #,yes ! propaganda is used on both sides, even seriptious activity aka spying is used on both sides.

Why is this magical or under the table? to anyone who understand war, it's not . War is fought, and won on multiple fronts. If two sides are spilling propaganda one side has to be more honest, which side do you think that is?

From what I can tell you do not believe there are sides, rather there's just one side hell bent on your oppression and subjugation while a leader laughs hysterically like Doctor evil behind the scenes, do you really believe this? Does this picture really fit into what you would describe as normal reality ? If it does you are boarderline delusional, gain some perspective, or keep thinking you are oppressed, and with that how's that subjugation feeling? think about that as you Goto your grocery store, or turn on a movie,or interact with those you love.

Cronulla was a toe in the water.

It was not a knee jerk reaction - it was a reaction to a spoken - in your face - challenge by a racist group.

Local Aussies stepped up to the challenge.

That is the abbreviated version. The diatribe and BS could go on for weeks.

Not worth the ultimate segregation tactics as per WW2 !!

The world at large is a melting pot of un-known people seeking refuge from Dictators , Bankers, Investors and Corrupt Governments in general ...

posted on Mar, 18 2016 @ 08:48 AM
link
Oh, I wondering about safety in Australia now. I want to build my own restaurant in Melbourne. I have already concluded a contract with Finance Advocates company. This guys offer the best Construction Finance Services in Melbourne . It`s a great opportunity to begin your own business, if you don`t have enough money. But, is`t safe now? Oh...
edit on Dec 26th 2018 by Djarums because: (no reason given)