It looked to me they weren't physical.

Did they appear angry?

Not angry. No emotional message. No message in any way other than their appearance.

A lot of birds migrate or move at night, reflecting the little light there is if white.

They were too illuminated for that. They looked non-physical. Light creatures, like ghosts.

I will redact that post I made then. After maineyes's question and your seriousness. I shall delete. 😊

What color were they?

I will fill out the story of the illuminated non-physical birds tomorrow if there is any interest. Why I do not know.

originally posted by: droid56
a reply to: droid56

Why do you need interest to tell us the tale?

I'm always interested in unsolved mysteries. Most of the time there is a logical reason for the things we see. But sometimes those logical reasons are thought-provoking in and of themselves.

But the most fun mysteries are the ones that don't have logical explanations.


I'm interested in your sighting. There are probably others in our online community that are as well.

What time did this happen? 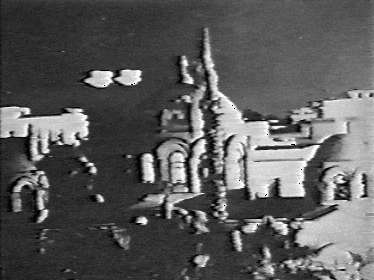 I'm interested in your sighting. There are probably others in our online community that are as well.

I've seen what I kept thinking for "light-birds" around my neighborhood. When I come home from work, I walk through a little park which is pretty dark, giving the night sky a nice setting.

But sometimes I see these illuminated birds, and then they are gone! Of course I thought about white birds reflecting light, that is most obvious.

The lights around the park are no where in the park, only store lights (no windows), which are about 100 metres from the parks perimeter.

But the bird was same illumination and colour throughout its flight path, every angle doesn't change its lighting, is what I'm trying to say.

I watch these birds do their arch-like maneuver, where light and shadow would curve and change along its body and movement.

But same illumination and colour. It did not seem physical as the OP said, based on the brightness of its illumination. And I never saw shadows on the birds, full illuminated body. No part went dark, even in a pretty dark park. It was glowing/illuminated.

Ive seen about 5 this winter. Not saying it is some parallel universe bird or some crazy. Just that, it SEEMS so illuminated and non-physical.

I analyzed them all as much as anyone would. I'm clueless.
edit on 16-2-2016 by Elementalist because: (no reason given)