I generally enjoy reading websites such as ATS because of three reasons (being honest, don't get mad):

...now THAT is a powerful concept... since I work in research and polling (for a company that does some shady research of their own... for the government)...and spend my days with people with several lines of letter soup after their names, I believe this 1% "theory" has some validity.

Anyway, I really signed up because I had a burning question to ask... not crazy, just an "outsider" that didn't know really who to ask... anyway, I'll wait my turn before proceeding.

I for one am eager to read what your burning question is. Given your working background you allude to in your opening post, it must be a doozy!

I should have bid ye welcome to our domain of the weird, the strange, the shadowy and intriguing. Consider yourself thusly welcomed!
edit on 11-2-2016 by TrueBrit because: Clutz

Nice to have you, crazy people can be a laugh assuming they aren't a danger to themselves (or others)

Welcome aboard, wondering what the burning question is

The answer to your question is, 'maybe'.

Did the magic eight ball tell you? Now that would be crazy

Here's the secret. The answer to virtually every binary question is 'maybe'. Which means there's really no such thing as a binary question. Hey, I don't make this stuff up.

As far as you know.

Welcome back to jungle 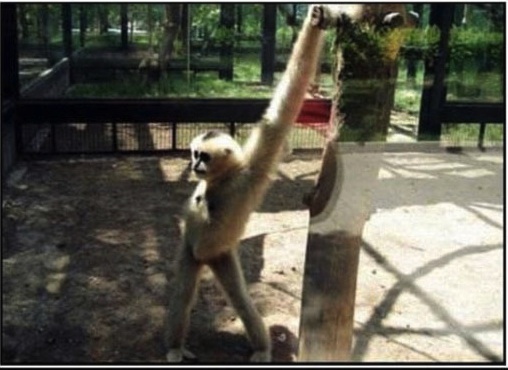 I have a PhD in international relations and American political systems from a top 20 public policy school on the west coast.

I have been a....research manager for an economic think-tank, an analyst for the UNDP stationed inot former Soviet satellite states, an analyst for an international food organization, and im currently a senior consultant for a MAJOR Polling Research entity with ties to the federal government.

On that topic I'll have have to decide what I can talk about, what is "office rumor" and what I think might be going on....

For now let me just say they have contracts with nearly every government body(from forestry to the CIA), they have a secret room we aren't supposed to talk about that is "clean" and has a hidden door. It's kept on the "government" floor. Now most of the research is benign... boring, but there are some "odd" programs that we don't talk about.

Anyway... this is going to sound like an amateurish question...,but if we know where the JANET terminal is and we know there is a parking lot that people that use this terminal use... can't I just snap pics of licenses plates and have the numbers run? Then I'd have a name associated with a number and I could go bird dog that person?

Many thanks to the community. I'm trying to expand my mind and make sense of things.

I'll get to deeper questions in due time. Crawl before walk.

Oh.... to wet your appetite. .. we have done more secretive, creepy polling in Islamic countries than you can wag a stick at...

I would be very careful about running any kind of surveillance operation anywhere near that terminal, or anyone who uses it, their car, their house, their postcode, town or state. That would be espionage if you were caught at it, at least.

Welcome Eros1980 - it sounds like you have a very interesting background, thanks for sharing.


I assume you're talking about JANET - just another non-existent terminal - where flights to Area 51 go in and out it - is that correct?

I will just say that discussing the tracking down an individual by snapping pics of their license plate and running said plate, could be a violation of the Terms and Conditions on ATS so just something to think about

Good answer... however, that being said, I'm a bit of the devil's advocate. Personal investigation isn't illegal and if they'don't like publicity linking JANET to the government, we'll then tough. Nor would they admit those employees that have been tracked are associated with them.. just for clarification....I have zero interest in my job or career, my parents are recently deceased and have left me very, very well off. I also have (for other, unrelated reasons) an army of Johnny Cochrane type of flesh eating lawyers... that win.

Like I said prior... I'm such a newbie. I don't actually know the in/outs of this.

I really appreciate the feedback. My mind loves to be challenged. I was admitted to law school and worked in the industry before my phd.

Almost all discussion is fine. Just don't post anyone's personal or personally identifying info here. We really don't want to encourage or support anyone doing anything that could be construed as 'stalking'.

Shoot! My bad. I had not read the T/C carefully. So nevermind. It was a theoretical question. I'm to lazy to do anything. Mia Culpa.

I guess part two of my question then would have been... why hasn't somebody done this already and posted the information in a "friendly format?" or have they.... just seemed to me a logical route to go if you REALLY want to know.

Once again, thank you for the response.

I'll come back with better formulated questions after I reread my documents.

I'm just curious, based on what you shared about your background, do you know any other languages?

A PhD in international relations and American political systems - those are very interesting credentials and I'd like to know more.

Again, welcome to ATS, looking forward to hearing about your experiences

Funny enough..im terrible with languages. It's plagued me my entire career. While i have no problem getting around the world (old fashioned polite-ness still goes a long way), I've generally had interepetors for business (or they speak English or french).

My language training is...

It is not the legality or otherwise of what you are doing, or the chance that you might loose your job that concerns me most, but your liberty. If you scrape at the bottom of some barrels, they pull you in, arrest warrant or no.

Also, if you are not worried about your living, I would suggest that you look up the term civil asset forfeiture, and think about the ways it might be applied to someone suspected of espionage. They could freeze or claim your property and bank accounts and squirrel you away to a black site somewhere your lawyers could not even locate you, let alone spring you from.

Just watch your six and think before you act. That's all.

As far as the Janet flights, if I remember correctly, numerous people have tried your theory but were eventually blocked as the vehicles they drove were of the Government's or they may have been rentals..

You have just justified me signing up... you gave me more to think about. As I said, this was a hypothetical.