I was in a modern suburban neighborhood, rolling hills, lots of houses, it seemed like a normal day. Folks were out washing their cars, mowing the lawn ect. All of a sudden three native Americans rode up on horses, trotting around at a decent pace. They were wide eyed and confused.

As they were looking around, they began to holler and yelp... in anger. One rider circled around and began to violently drive his horse into the ground, over and over until it's knees gave way, toppling over and breaking the horses neck. The other two dismounted and began decapitating their horses.

As I stood in the middle of this scene, I realized the protest, my modern clothes vanished as I became one of them and with what I can only describe as pure rage and wrath, I belted a deep scream with all the power I had towards the sky... waking up screaming aloud in my bed. 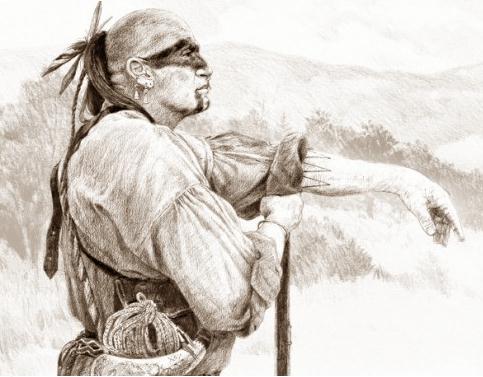 posted on Feb, 4 2016 @ 12:18 AM
link
Trippy scaary but understandable given the state of global affairs

My interpretation is you're an American, possibly with distant native American relatives (this isn't necessary, but would better explain the whole subconscious thing) that feels a deep disturbance at the current well ummm, for lack of better terms, rape of the earth. More specifically, the modern day U. S.

Even if you're not an American citizen, the most recent large scale destruction of a society that lived in synchronicity with our super cool, super unique planet, are the north american natives. Therefore, most recent in our mind.

For you (or anyone else for that matter) to not be so fed-up, disgusted, angry or simply depressed with the way things are that you let out a gutteral cry of anger and rage??? Well heck man, that sounds normal in my mind! Haha

Disclaimer: my reply in no way is referring to any sort of global warming, humans are destroy everything, or any other politically charged stuff. My point is, we as a species should feel ashamed of things we've done, and still continue to do to one another.

It's time for EVERYONE to let out their "battle cry" and attempt to atone for wrongdoing (as a species in general) of one or two things.

Much love, good vibes and try to spread positivity and all that good stuff....

Native americans never saw horses till the white man brought them. Reading your dream made me think as if these men were transported to a place to show them just what white man's progress is.

Where the horses, houses and general white culture will lead too. You said you knew their plight... what was it?

Wild horses began to migrate north from their introduction into mexico in the early 1500's. By the time colonialist had repossessed this continent Native Americans were very much culturally and spiritually acclimated to horses.

As to the "plight'", I believe you answered that question already.
edit on 5-2-2016 by rexsblues because: (no reason given)