posted on Jan, 21 2016 @ 07:28 AM
link
Welcome to the Morningly-Nightly Don't Look Now News! I'm Happi Blabber and next to me is Cronus Mouthsalot! 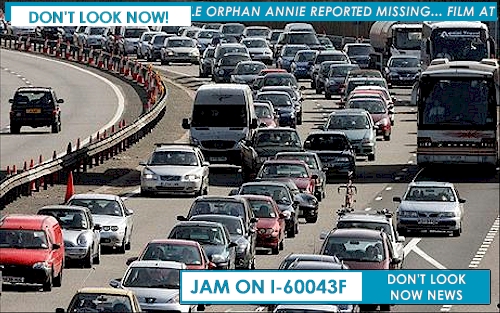 It had been planned since Mayor Giggle Slurpdrivle installed the new lane-blocking devices so that the number available to drivers reduced from 36 to 3.

Mayor Slurpdrivle offered his condolences to those who, literally, died either of starvation and/or old age and promised a memorial plaque would, sometime over the next century, be erected in their honor.

Governor Happybottom today issued an executive order outlawing all use of ringed fingers when operating cell phones. He explained that such would assure that married people would not be inclined to meet someone digitally, and then fall off into a virtual affair. 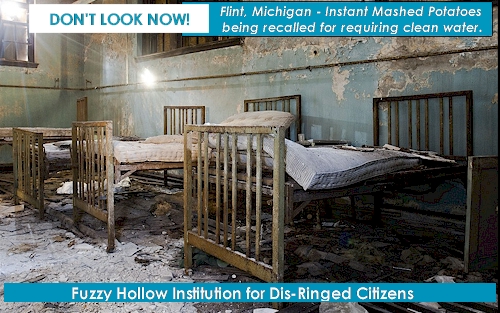 Those caught texting with rings will be prosecuted with their sentences to be served at the new Fuzzy Hollow Institution for Dis-Ringed Citizens.

Doctor Horen Polly, Fuzzy Hollow's lead psycho-drill operator, stated that, "The facility is wonderful and will serve every purpose ever conceived by anyone in the history of mankind! Yeee-haw!"

Next up, weather outlook for the upcoming weekend and then, a visit to Roadkill State Park where over a dozen new barbecue grills have been installed... with meals already upon them!

posted on Jan, 21 2016 @ 07:42 AM
link
A local version of the onion. Love it! I wonder about the smell on the interstate. So many people dying of old age and starvation the smell of dead bodies must become a problem at some point.


. So many people dying of old age and starvation the smell of dead bodies must become a problem at some point.


What do you think is on those new BBQ grills?

Should make the weekend report, lol!

What do you think is on those new BBQ grills?