I was at the flee market this morning and stumbled on a stack of mixed photos. In the vast majority, black and white photos of random people from the past... family pictures, lost for eternity.
I always like to dig in there. Sometimes you stumble on little photographic masterpieces.
Annnnyway... I was looking at all these oldies and found this picture. 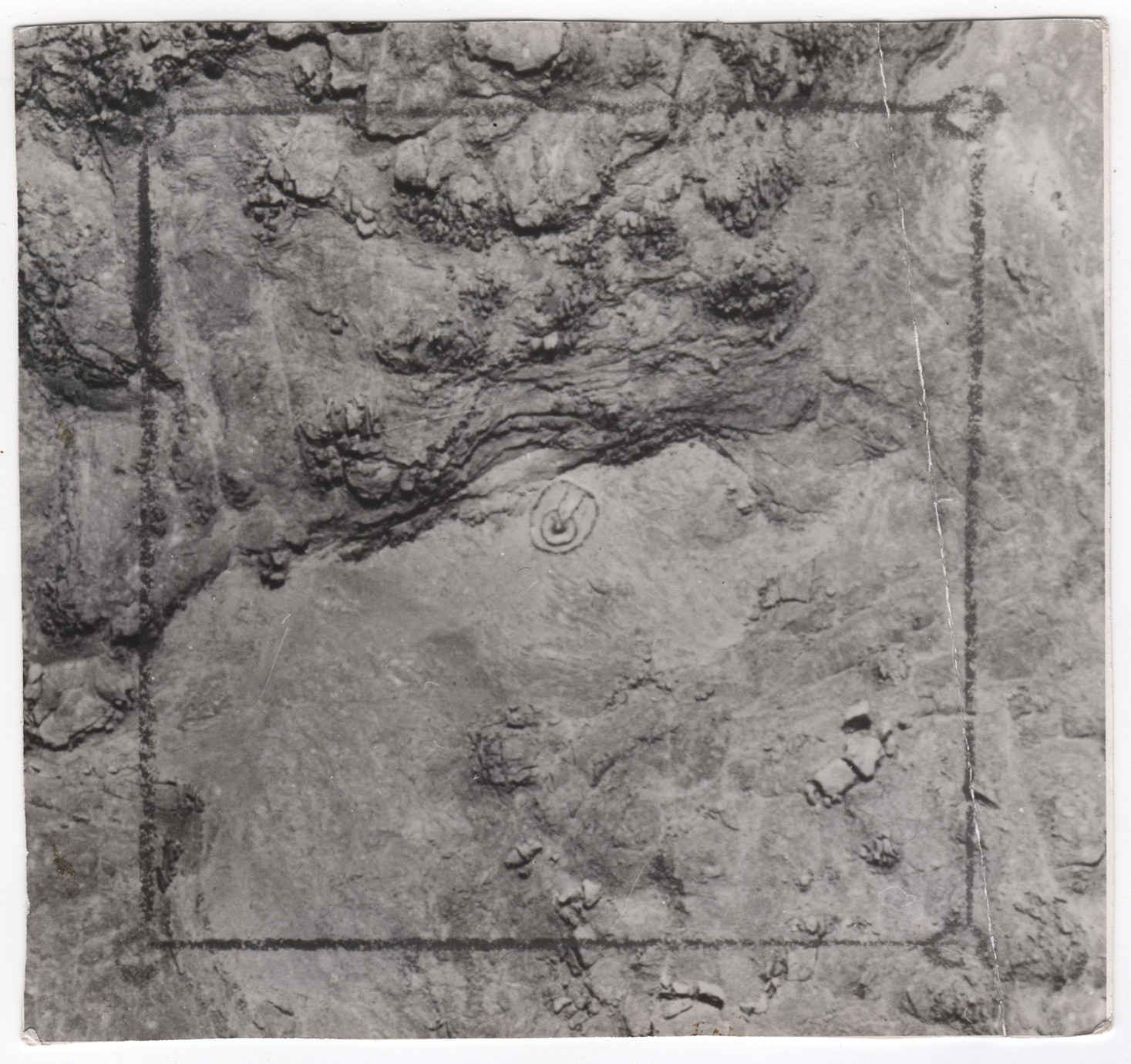 I have no idea what it is and thought it was intriguing so I took it. I thought maybe it could distract a few of you guys here.
No date, just a few handwritten inscriptions on the back: 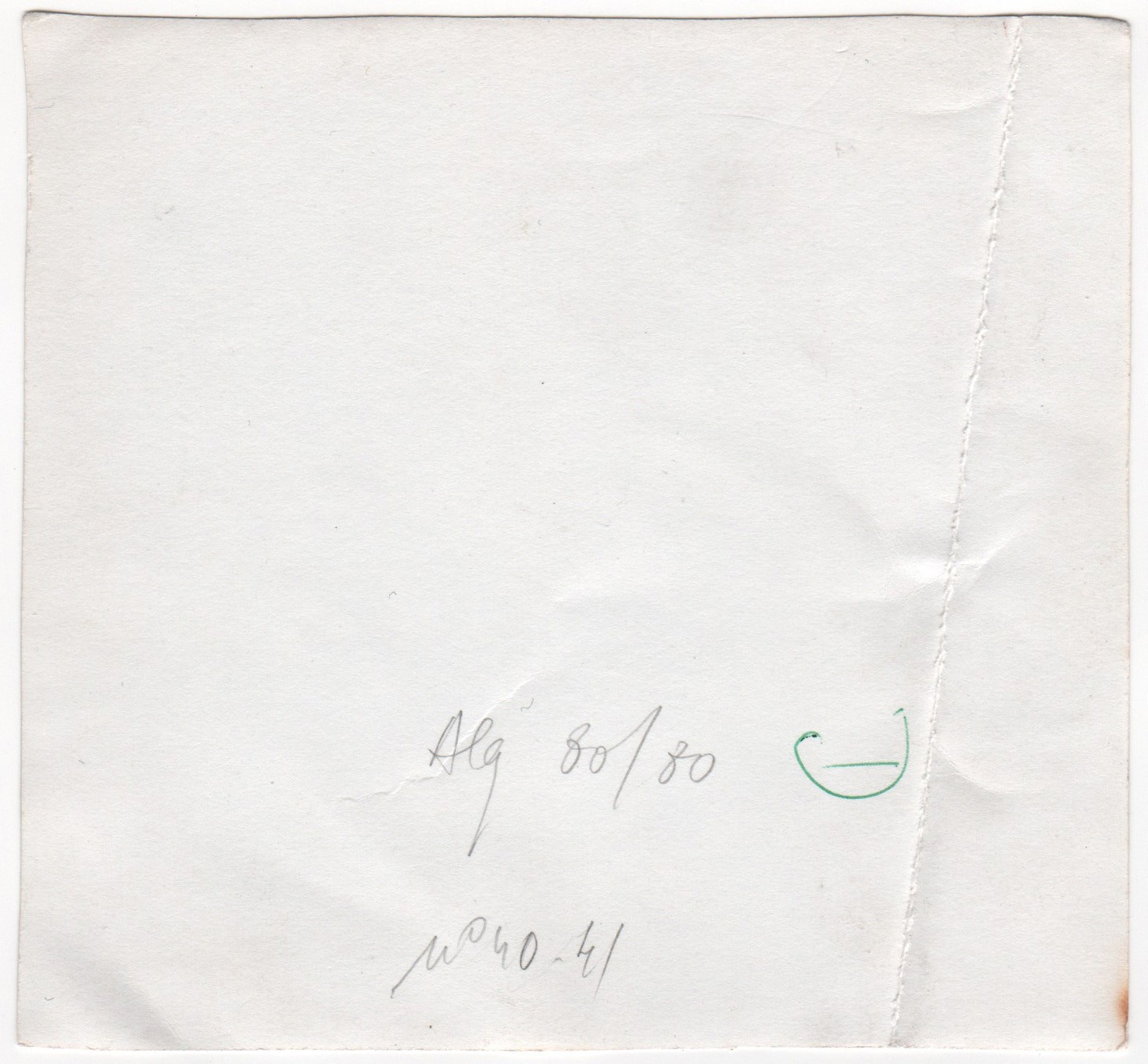 you have peaked my interest...

It could be an old picture of this place, Hassi Messaoud well in Algeria before the oilmen moved in, or something similar there. 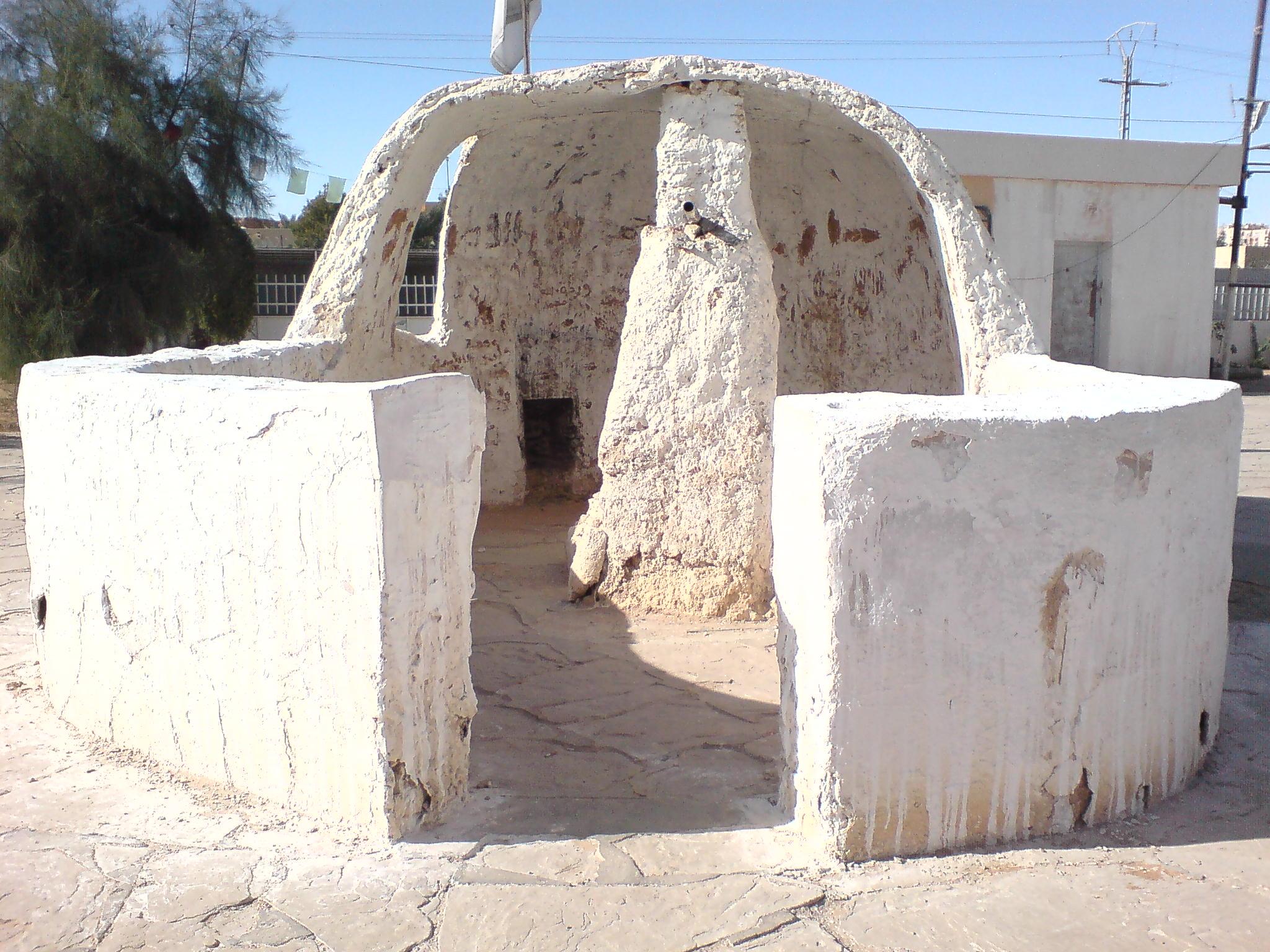 The box lines look like they were made to frame the "artwork".

Did you google Algerian geoglyphs? 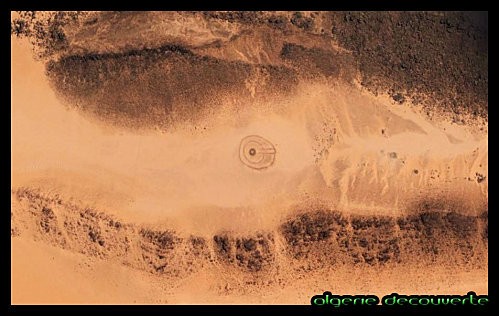 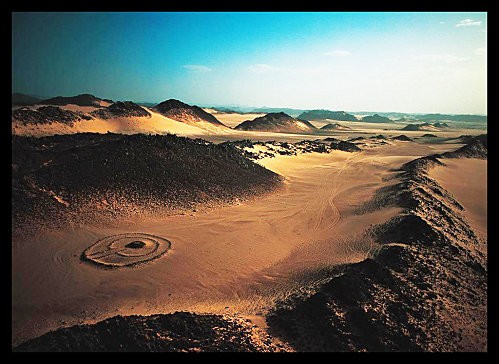 link to a french page on the subject

sorry guys, to my great regret this is no ALIEN OUTHOUSE

be back soon tho

But I get the old photos thing. I have found so many, when peoples stuff gets thrown out at storage units it winds up in the dumpster. Their whole life is in their pictures, sometimes letters, too. I enjoy looking through that, its forensics on the human race.

You learn so much from peoples garbage.

Am I the only one that sees what looks like a face at the right hand bottom? Reminds me of that Mars face a little.

According to this, that latitude and longitude would be in Turkey - link

So, the "Alg" can't be Algeria, if the numbers are correct, and refer to the coordinates. I wonder if the "80x80" is a reference to the scale, as in 80 miles by 80 miles, or something of that sort. Or feet, or whatever. Hard to say, without knowing the scale of anything in the picture.

The border almost looks like it was drawn on, to show an area of interest. Why they have the circles at the corners, I can't say, unless they were connecting four points of interest, and showing that all four formed a square. I am not sure what to make of the whatever-it-is in the center, the circles and wedge. With more circles, I'd say it looked like Minas Tirith. Only two, though, so I don't know. Hard to tell, looking online, if that is drawn on or some actual structure in the picture itself. Can you tell looking at the original? From what I can see, it looks like they drew a circle around an actual object - the center bit - and then another around that, with the wedge-shaped "arrow" for emphasis. So, overall, it looks like four points of interest somehow form the corners of a square with some unknown object in the middle. Or, maybe, there are four points from which to attack said center location.

I see, upon reading, that some think it looks like a tomb. Could be. Those coordinates aren't Algeria, though, so does anyone know of that sort of tomb is found in Turkey as well?