Cara had hip dysplasia her whole life. In the fall of last year, I started wondering if she would make it another winter. She developed a bad limp in July and it got gradually worse. She still enjoyed our morning outings, though, so we knew it wasn't time yet... She had been taking a narcotic pain reliever for nearly a year. Recently, she's only had regular use of two of her legs. Over the Christmas break, she started to fall and struggled mightily every time she got up. Once, she fell off of the porch. We became concerned about her having a worse fall or a break, and didn't want to put her through that. So, on Monday, we decided it was time to let her go...

I adopted Cara (and her littermate, Mia) from the pound in 2002. When my husband saw her, his comment was, "There's more behind those eyes than 'dog'". And she proved that he was right. She was a special entity and taught us SO much! We comfort ourselves with the thought that she is no longer in pain. 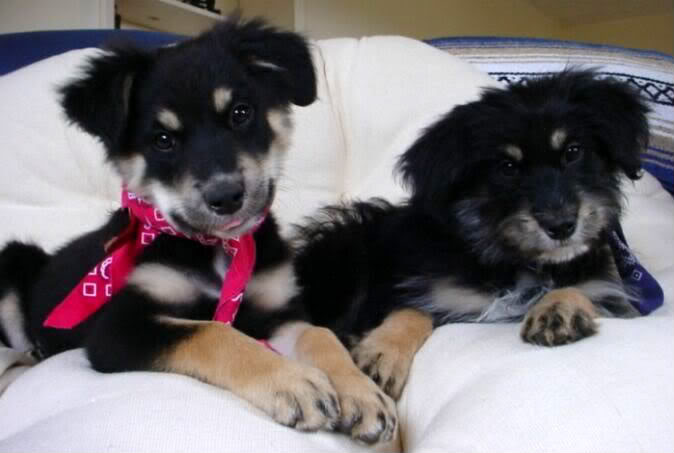 When she grew up, she became the "matriarch" of the dogs, helping me teach the new puppies proper behavior. She is well-loved and missed. 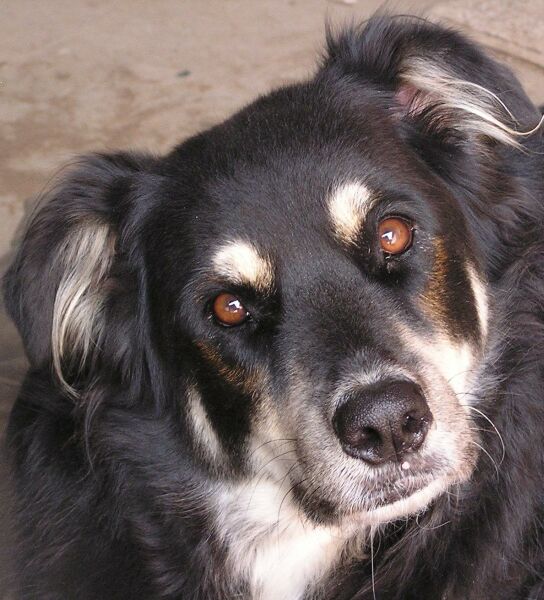 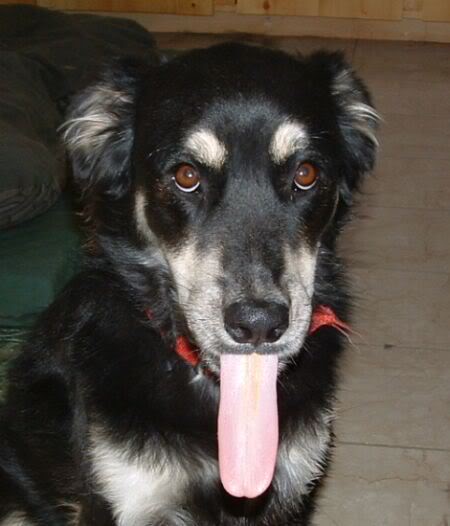 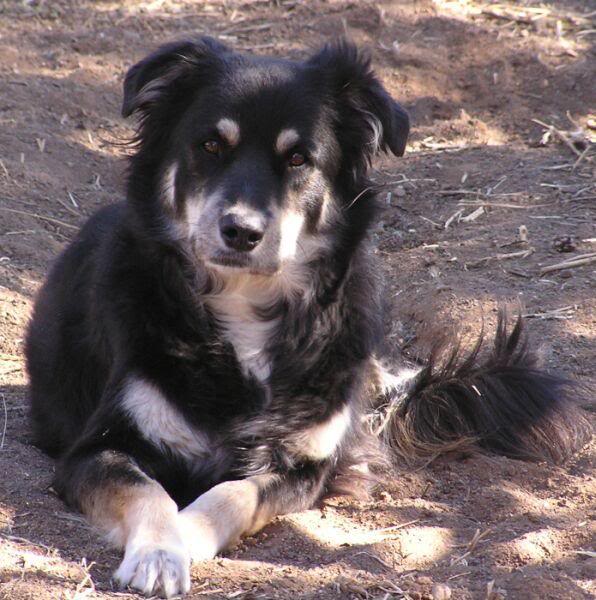 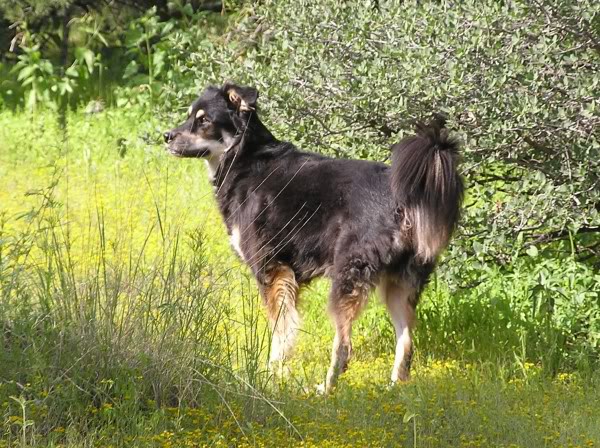 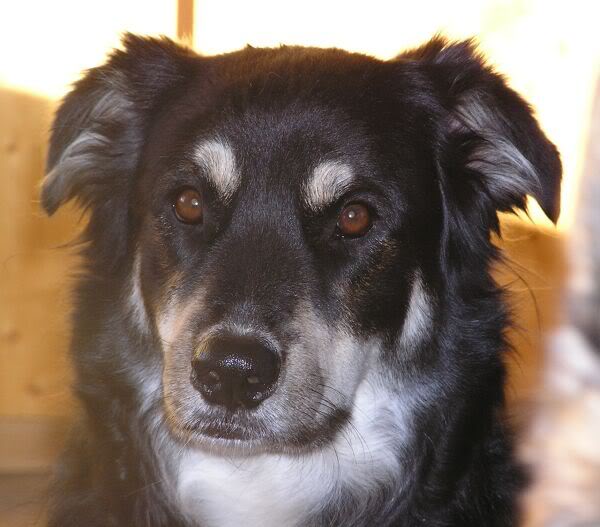 My condolences. I know how difficult it is.

A beautiful and soulful girl, that will be well missed...so sorry for all your sadness during the past year.

posted on Jan, 6 2016 @ 11:05 AM
link
I'm so sorry to hear this BH, it's hard losing a family member much less 2 in less than a years time. B'asia and Cara are running around in dog heaven as we speak, I'm sure they're happy to see each other.

Much love to you and your family, thoughts and prayers pointed y'alls way.

Take solace that the pain is over...
& I truly believe all dogs go to heaven.

I forgot what I was watching but I recall an older gentleman who spent his life raising dogs saying something like, "Dogs don't live as long as people because it takes dogs a lot less time to learn how to be angels."

Sorry to here this BH, so sorry.

Sorry for your loss Benevolent Heretic , cherish the times you had and the memories through the pictures you posses , they look like lovely dogs who were well cared for and loved , you should be proud.

posted on Jan, 6 2016 @ 11:29 AM
link
a reply to: Benevolent Heretic
My condolences. She looked like a sweet and pretty dog. Pay a lot of attention to Mia. She'll be depressed after losing her litter mate and she'll need it.

It is exactly how I lost my best friend 10 years ago, and I still think of him daily. I had been helping him up and down stairs for maybe a year, but when it was time we BOTH knew it. The day we took him for the last ride he collapsed on the floor and lost control of his bowels. I will never forget that. He might as well have spoke to me saying its OK my friend, I love you but it is time for me to go. Even now I get emotional thinking back about it.

I would go through it all 20 times over, because the love and devotion he brought to our lives was priceless.

My new best friend is showing her age, she is 10. Already I find myself dreading that inevitable day.
I knew the price that must be paid when we got her, and I already know that when Sasha must leave us we will welcome a new member to the family.

I pray your grieving is lightened by all your priceless memories of Cara.
She was beautiful.

Haha I just had to double take at that Peanut Butter Pose pic, that tongue! I don't know much about dogs and their breeds but I must say yours had the most lovely set of eyebrows I've ever seen on a canine lol.

I find there is a strange sort of closure when saying goodbye to a dog. It's hard to explain. It's like ... you've had your doggy, you've raised her with more love than you thought possible, you became amazing friends and had amazing times, you call her name and she comes, you gave your dog a lifetime of wonderful experiences, you recognized her spirit in her eyes, as she recognized yours - and now that she has had to leave you it may feel very sad but it is little more than the full stop . at the end of a personal, wonderful and loving story that you carry in your heart for only you to see.

Stories have to end, nobody can change that even if they kick and scream (I've tried), but you are clearly grateful that you were blessed with the chance to write such a wonderful tale *wag wag* with her.

originally posted by: Daavin
So sorry to hear you lost a fur baby, my heart goes out to you. we just lost our beautiful baby to bone cancer on monday.

originally posted by: CharlieSpeirs
I truly believe all dogs go to heaven.
X

If there is a heaven, it surely should be full of dogs.

originally posted by: Skid Mark
Pay a lot of attention to Mia. She'll be depressed after losing her litter mate and she'll need it.

Actually, we lost Mia to bone cancer in 2013. But you're right about the other dogs mourning.

We just have one dog right now, and that's Jaia (9), my avatar dog. We went from 4 to one in three years. That will be changing in the next few months, though. We'll be adopting 2 puppies.

originally posted by: BelowLowAnnouncement
I must say yours had the most lovely set of eyebrows I've ever seen on a canine lol.

Ha. Thanks. I love her Groucho Marx 'stache, too.

Sunday night, she was lying on her bed in the living room and my husband and I were watching TV... I looked at her and she looked at me and I knew she was ready to go... I felt the energy of deep love pass between us and it was just lovely. We stared for several minutes and my eyes watered ... It was such a real and meaningful communication. Sharing love and saying goodbye...

Thank you all for your wonderful comments...

so sorry for your loss. She is free from the pain now, and keeping her old friend company.

posted on Jan, 6 2016 @ 12:42 PM
link
So sad...
I have two dogs, girls, and the older one 16 y/o is having a tumor on her chest that is only growing and growing... She's too old to perform surgery, and as long as she doesn't have pains I am going to let her be. But the terrible day is coming closer and closer, I can feel it and she can feel it. I'm looking at her every day how difficult is for her just to climb the stairs now and it breaks my heart.
I have her since she was so small that it fitted in the palm of my hand, she is my best friend and we went together through a lot, good and bad and everything between. She is sure I am her mother and I love her deeply.
I understand what you are going through, and I brace myself for that moment too.

My condolences. Your husband was right when he said there's more behind those eyes than dog (even though dogs are of course enough by themselves).

Please give Jaia a big kiss on the snout for me, and maybe a little neck massage tonight?

I'm excited about the new pups though. I hope we'll get to hear all about them and see some picts before too long.

My best to you and your husband, and Jaia, of course. Again, so sorry about Cara.

originally posted by: ladyinwaiting
Please give Jaia a big kiss on the snout for me, and maybe a little neck massage tonight?

I definitely will do that.

I'm excited about the new pups though. I hope we'll get to hear all about them and see some picts before too long.

You can count on that.

Thanks for your thoughts...