It concerns some of the nwo reality behind the sci-fi time propaganda, being explained on Lucis Trust's.. "time to rethink time" [www.lucistrust.org...], which seems to be about sci-fi programming humanity toward a new synthesis of Science with Occult Philosophy -


The concrete, scientific mind is now contacting the abstract realms of thought, but is in need of the guiding light of the intuition to reveal a simplified, more synthetic view of the universe as an organism with a set and stable form and constitution.. ~ The Electric Bridge, Lucis Trust

24:04 "Alice Bailey tells us: Time and Space are but states of consciousness.." ~ The Electric Bridge, Lucis Trust


Ofcourse I try to show where I believe it's all headed..(eg. the end of article is the end of movie I present I believe..) , so hopefully you guys will be able to see through the esoteric sci-fi time propaganda- before it's fully externalized / given a 'rewewed scientific basis' in the nwo.

Hope someone finds it interesteng. Thanks for reading.

edit on 5-1-2016 by eastendkid because: Sorry, the quotes didn't come out right for me.

I switched off when he cited SJGs illuminati cards as " evidence "

posted on Jan, 5 2016 @ 11:55 AM
link
Strangely enough, all of us are travelling in time, all of the time... even just sitting at the computer, the seconds are passing and we are all with them for the journey.

It gets even weirder, because apparently, the faster we travel the slower time passes
www.einstein-online.info...
edit on 5-1-2016 by uktorah because: Added info

Thanks for having a look guys...

Well I'm not sure that everybody's gonna get it - but it's interesting, as there's an entire section on the electric universe; at [www.lucistrust.org...] called the Electric Bridge ... suggesting stirrings toward the nwo Science / Occult Philosophy synthesis that I mention..

But it's not just the cards, or lucistrust, but individuals supposed independent individuals such David Icke, newager Foster Gamble, Benjamin Creme, Dr Chuck Missler, etc. pushing it in lectures (youtube) also. For example the latter.. 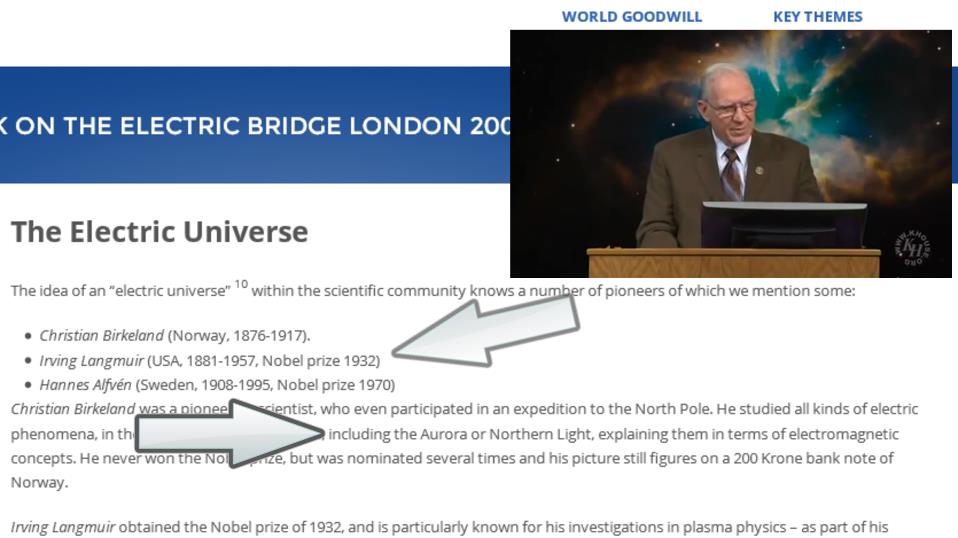 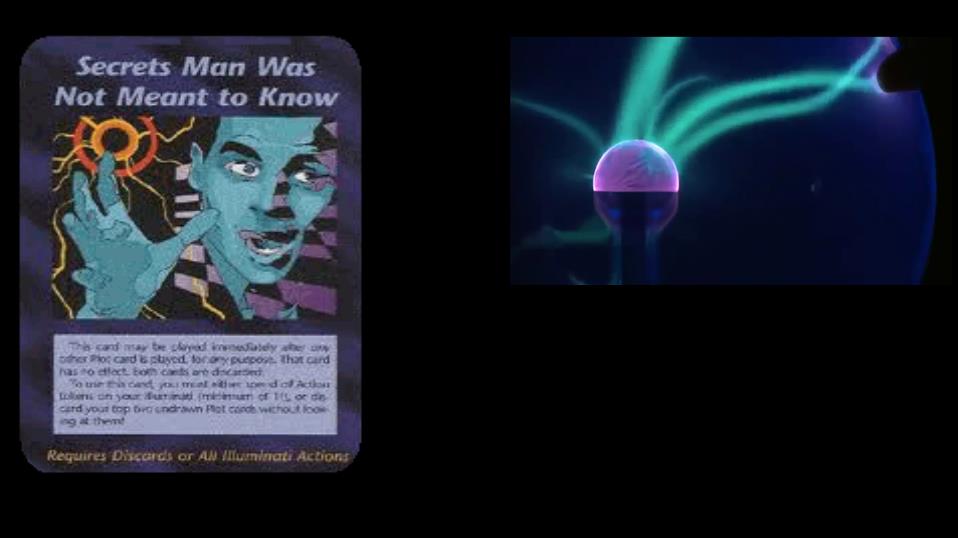 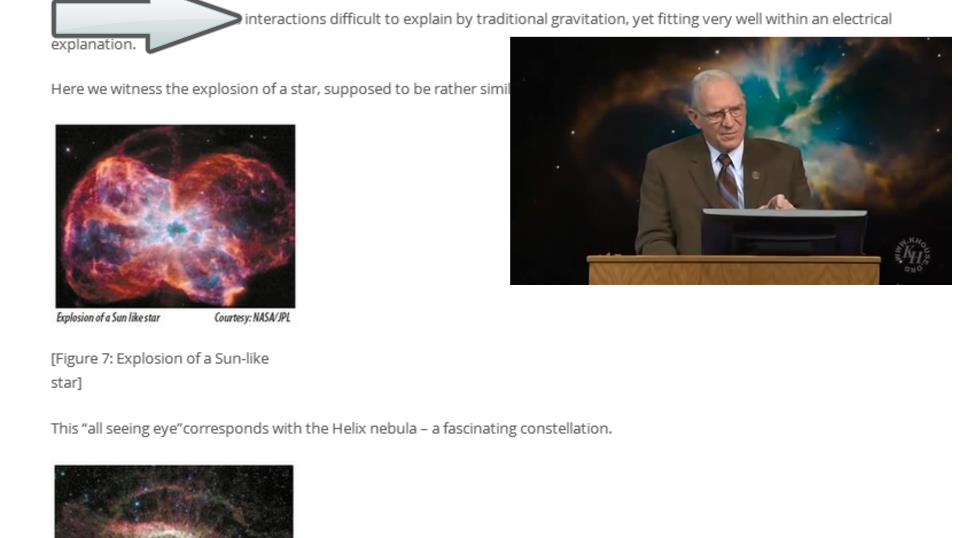 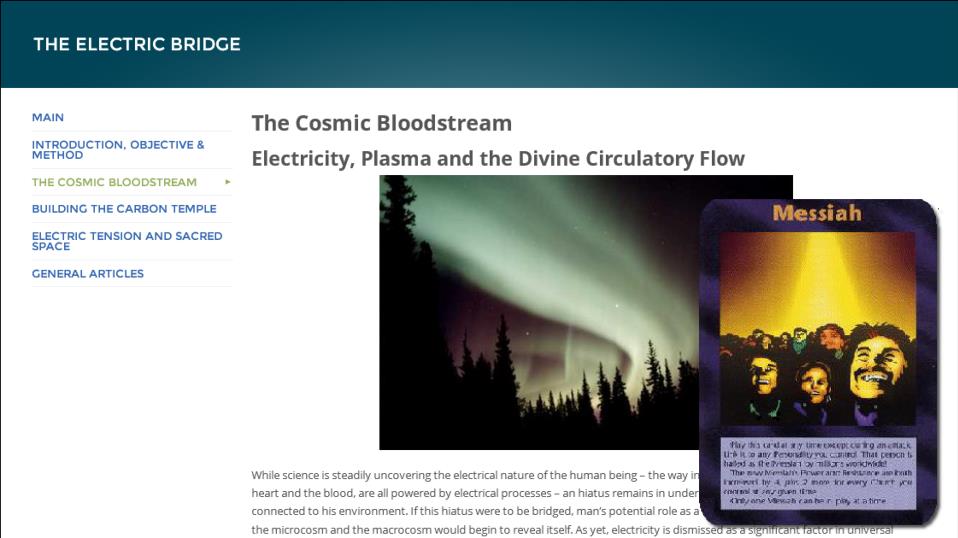 ...thus making it pertinent (imo) to what "Lucy" is telling the "scientists". Surely they can't ALL be crazy.

@uktorah.. Thanks I didn't know this.. And a very interesting read - perhaps also pertinent to what Lucy says in the video.

this should be in the members art section. this is a wonderful sci fi novel plot.

posted on Jan, 5 2016 @ 01:49 PM
link
It's true, we need to rethink about time rather concluding that it's a constant passing by, and we can calculate it with numbers.

If we have a stop watch, and time it for 1 minute. Every 1 second, for 60 seconds we wait until "1 minute of time has passed by".

Now let's look at that same scenario with a universal outlook.

If we have a human with a stop watch, and set that watch for 1 minute, that human will watch these numbers change until they match their expectations "60" symbol/digit.

The entire time that individual is staring at their stop watch; he is breathing at a different pace then his 1 second counts. His cells, organs, fluids, bacterias, and biological systems are reproducing, transiting, changing while he is observing.

The planet he is standing on is still in its constant motion in relation to its gravity lock with the sun and neighboring planets, whilst the star is in motion within its galaxy in relation to the other stars.

Where they galaxy is in motion in relation to their other galaxies, which are most probably orbiting their actual center or birth place of the universe itself.

So back to mister watching his watch.

So much actually was happening within each second that he was counting to 60. Including that which is most dominant in his reality, the planets, moons, stars, galaxies.

Now to not lose you; each constant that is simultaneously taking place, the stars, planets, galaxies, humans, weather, animals, insects.. everything that has motion...

Their indivudal constants, can be calculated at different "times". Thus, the universe does not operate as one constant clock, rather all these individual vessels (animals, humans, planets, moons, stars, galaxies etc) can be calculated in their own constants in relation to each other.

This proves time is an illusion. One consciousness trying to calculate motion in relation to itself and that other vessel or constant.

What is actually happening is more like matter moving through a fluidic field we coined as "space". All these vessels of matter are in in motion related to their size, gravity, and external influences like the other vessels of matter (other bodies, planets stars, galaxies).

To just conclude "yea this is time, the universe operates like that" is utterly ignorance at the most highest level when the topic is universal structure.

Time is the illusion given by matter within space, in constant motion in relation to its origin (center of universe, the cosmic womb) where it's moving away from. . .

And let's not forget the paradox of this reality we call life.

We are conscious entities living inside of a vessel that inside of a another body coined universe.

As if we have been birthed twice. Our species, then our individual bodies and identities.

This is a paradox and why our current understanding of time makes no sense to this Elementalist.

I feel 1000% positive that the rulers of this planet don't perceive or live time like watches and clocks, but have everyone else on that outdated structure.

Are you saying our reality is a 3D world? Probably just semantics, but we are always traveling through time, and know that time is relative as well (i.e. in a high-energy field, time passes slower, and at higher speeds time passes slower.) From my extremely limited understanding of quantum physics,we'll eventually figure out that time travel "backwards" is possible as well.

posted on Jan, 5 2016 @ 11:23 PM
link
And there are testimonies of time travel, and gateways/jumpgates used throughout the solar system.

These are the topics I'd like to see many threads on!

posted on Jan, 5 2016 @ 11:37 PM
link
Very interesting thread, for sure.
I am always interested to see that the "illuminati" starts with presenting this "secret" knowledge, couched in the mystique of what "man wasn't supposed to know." The current bible seems to reinforce this idea, or people take it that way, at least, that God didn't intend his creation to understand anything much, but just trust. For many, the serpent was a symbol for knowledge, and the apple, and once man or woman partook of that knowledge, we were damned.

I just have a very difficult time swallowing this interpretation, of either what god would want us to know about his creation, what was holy, or even what defines faith. I think the so called illuminati perhaps gets more out of this concept than the religious ever did.
tetra

I just have a very difficult time swallowing this interpretation...


I wouldn't say this was my interpretation personally - more it's an interpretation timed with a shift toward the socalled Aquarian Age and New World Order; which Alice Bailey herself talked about.

The Conspiracy angle to all this consists of Lucistrust, an inter-planetary secret society, founded specifically for the advancement of the hidden worship of Lucifer, discussing their belief on time-travel, toward a nwo they themselves talked about.

- Whilst many in this conspiracy field believe only God is outside of 'time, space, energy, matter' - not Lucifer, and not man.

Hopefully Lucy influencing scientists.. sat at "times square" rethinking the Big Bang etc. may shed some light on where "Bailey's NWO" is headed.

Thanks for sharing this. Don`t know about NWO conspiracy and time travel...

But regarding electric universe and electric brige, there has to be some truth in it. I find it quite fascinating that this had been already recorded in the past but with words of understanding and belief at that specific time.

For example....Carbon Temple vs. Bifrost...both describing the very same thing, only that we now have scientific approach to it.

The etymology of the word is uncertain. The original form of the name seems to be Bilröst,[1][2] which suggests a meaning along the lines of “the fleetingly glimpsed rainbow.”[3] If Bifröst is correct, however, the meaning would be something akin to “the shaking or trembling rainbow.” In either case, the word points to the ephemeral and fragile nature of the bridge.

All rainbows, of course, are “fleeting.” In the pre-Christian Germanic worldview, the invisible, religious modality of existence doesn’t lie in a realm of absolute remove from the material world, as in monotheistic religions. Rather, it lies within or behind the everyday, material world. (See Myth, Pantheism, and Animism.) The mythological image of Bifrost expresses the existential meaning that the rainbow carries in this perspective, and, accordingly, Bifrost lies behind and within any and every visible rainbow, each of which is a transitory and quaking bridge between the sky and the earth, between Asgard and Midgard.

So seven rays of life is the rainbow bridge between worlds/planes...Now I know why the Norsemen were called Heretics back then but I guess the word Illuminati sounds better thesedays Not that much of a conspiracy, just interpreting the ancient knowledge...

So much for those commenting on it...

originally posted by: eastendkid
"Alice Bailey tells us: Time and Space are but states of consciousness.." ~ The Electric Bridge, Lucis Trust


Which is true, like everything else.
Quantum mechanics is finally discovering what the mystics and philosophers have known for millennia!
Better late than never!

posted on Mar, 2 2016 @ 12:41 PM
link
According to a short article I read about someone that had obtained some inside info from the pentagon, the pentagon have done experiments relating to time travel. Apparently they found out that it was very hard to travel several 100 years back in time because there was an "astral thickness" which acted as a barrier regarding how far back you could time travel. And if you were to attempt to travel into the distant future chances are you would end up in some sort of void or you would encounter a sort of quantum "soup" because things haven't manifested itself in the future yet.