Come on in ye who are despairing

page: 1
26
<<   2 >>
log in
join
share:
swanne
+7 more
posted on Dec, 10 2015 @ 06:08 AM
link
The world has just become a little bit darker. Some humans are ready to destroy the World only to prove their personal points. They engaged into a war of ideologies and now, thanks to them, madness has left a shadow which is being casted upon us all.

This morning my mind felt heavy of all the battles I have recently witnessed, some of which I even had to fend off. But then I came across a few pictures, which I would like to share with you. Darkness is just the fear of the light. Listen. A long time ago, a star died. From its dust was formed our world, and everything on it - including, ultimately, you. You cannot destroy this dust - it is made of atoms, forged in the heart of a star. Which makes you what, exactly? Yes, you guessed it: a Star.

Thank you for sharing your thought on this, it is wise among all of the sorrow of the world to attempt to try and understand our unique paths in this world of learning.

At the core of my philosophy is the notion that we are divine beings, that have chosen to forget this leading to a variety of experiences that only ignorance of this truth can facilitate.

In this current situation it is as if we chose to play the game on expert hardcore mode and nothing seems to make sense, however if you take a step back, and reflect upon your own life, how many horrible things have paved the way for some of the greatest. There is no obstacle that we can not collectively overcome.

We are each being called to find our inner strength, wisdom, and courage and become the divine warriors we are and restore balance to this beautiful planet!

Again Swanne, thank you for this breath of air of inspiration!

It is best to remind ourselves of our strength!

posted on Dec, 10 2015 @ 07:19 AM
link
I feel this way about my art, and my art is a reflection of me. Its very dark and visceral its like me, no one thought I go as far as I have and everyone expected I'd quit because I have a full time job. I'm still moving ahead and the hell with everyone else. Thanks for the inspiring thread it is nice to see one of these once in awhile!

I am not meaning to offend you in any way, but simply wish you to know that my kind of mindset exists, too.

My sadness is just not that shallow and cheap to be bought off with a few facebook worthy memes. This is pretty shallow and quite pusillanimous.

This is like a close loved one of a terrorist victim who has to abide Bono and Madonna capitalising on their loved one's tragedy; neither welcome nor tasteful really.

OP, you have absolutely nothing to console me with. It is shallow, superficial and really quite vain, arrogant and a bit delusional to be making moves like this. Now if you had tidings of comfort and joy like Angelina Jolie wanted to date me, yes, that is real collateral and could possible make a real difference to my mood.

Anyhow, others seem to like it so there is no accounting for taste. Facebook is very popular though quantity does not represent quality.

Anyone want to play Russian Roulette? Any takers?

posted on Dec, 10 2015 @ 08:07 AM
link
a reply to: Revolution9
I'm sorry for whatever it is you're going through in your life. This thread isn't for everyone. It is for those in a position to benefit from the encouragement to keep on keepin on. I think the OP understands there are extenuating circumstances in some peoples lives, and they need more than encouragement. They need real help, whatever that may be in their situation. No offense is meant toward folks such as yourself.

I don't think it's fair to insult the OP for wanting to give encouragement to those who can receive it. That does not mean he isn't mindful of those who need more than what this thread can offer. But don't begrudge the rest of us, who benefited from a little nudge this morning.

Today is going to be a difficult day. Hubby had a heart attack last month, had a stent put in, but the chest pain has continued. He goes back this afternoon for another cardiac Cath. He could get another stent or end up in bypass surgery.

I know memes can be over used, but sometimes they speak to a person who needs it when they need it.

I just want to say thank you for starting my day with a smile!
The world is becoming a darker heavier place everyday it seems with little to change the momentum. Even the little things don't seem to be working. This worked!

My sadness is just not that shallow and cheap to be bought off with a few facebook worthy memes. This is pretty shallow and quite pusillanimous.


I find it troubling when posting quotes is now considered too "facebook-like". As if the kings and queens of old never used to quote other people themselves. Additionally, I don't use Facebook - I actually searched for these quotes, and it took me about an hour to compile them here.

But I understand your point, some scars are indeed too deep to be mended by simple words. But know that I am here. My personal message inbox is here, if ever you wish to speak your mind. Please know that I am one of the least judgemental being you can think of, and that I myself have deep scars which do not heal. Even though I do not know you much, please know that it would be my honor to dedicate my time to help out and hear out the troubles of a fellow ATSer.


But you know that it isn't meant to be condescending nor patronising - it is meant as pure and simple kindness. Something which I felt ATS was missing these days.


Now if you had tidings of comfort and joy like Angelina Jolie wanted to date me, yes, that is real collateral and could possible make a real difference to my mood.


Hehe, Fair point! Though I am not a big fan of Miss Jolie myself, I was told that she can be quite the tiger sometimes...

Thank you! Sometimes people just need to hear good...
It seems as if "bad" is everywhere and we must search out the good.

I wish you luck. The old man, I call him that even though he truly is only 44 NOW, went through similar a few months ago. We were very lucky in that the entire right side of his heart was blocked! His heart bypassed itself...very scary times and I am with ya!

originally posted by: Klassified
Thank you Swanne. I really needed something like this today. Life has not been kind, but I'm still here, and I'm still forging ahead.

Well I wish him the best! 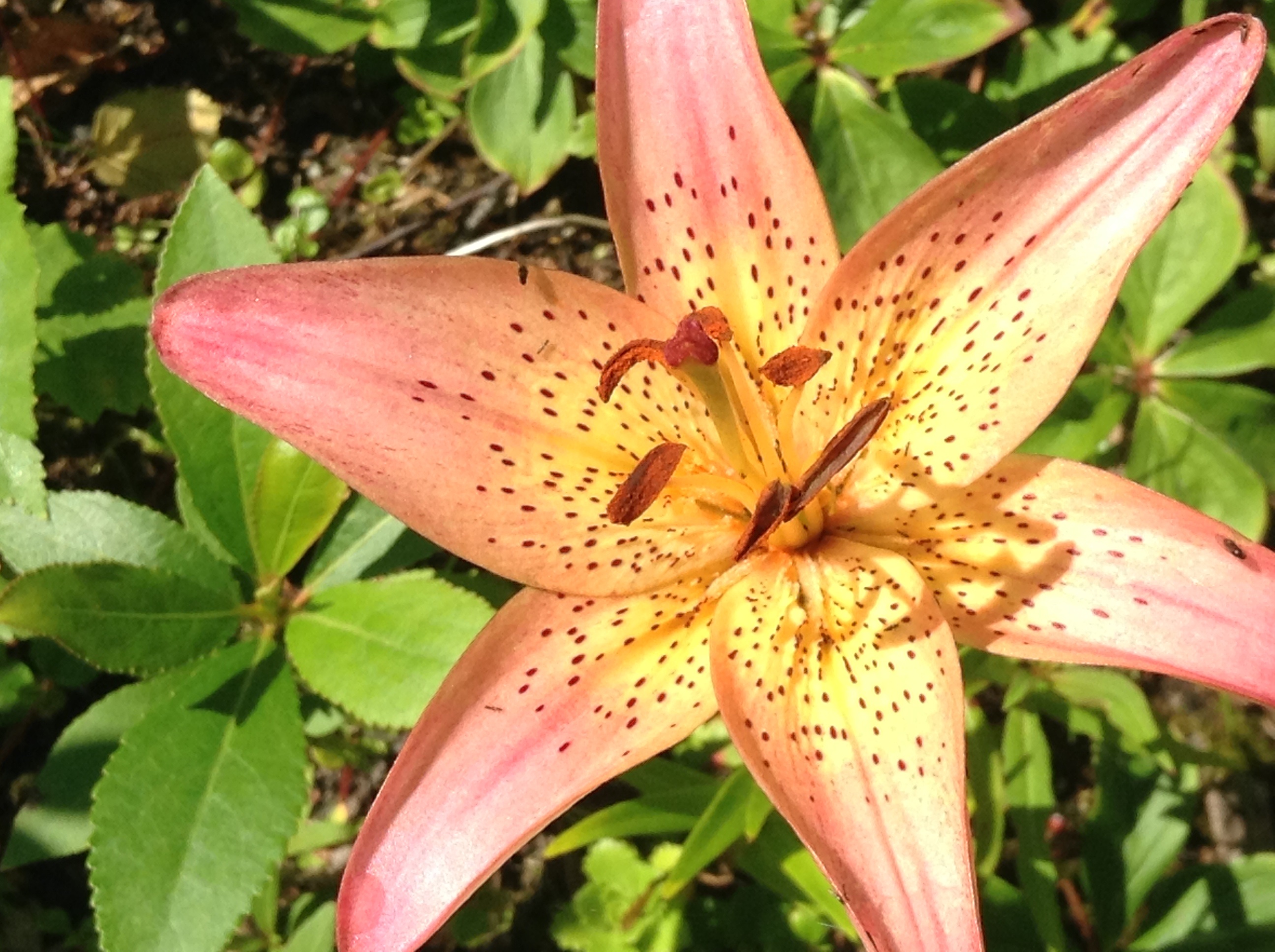 Absolutely beautiful thread, swanne, very much needed in those indeed dark days. These are probably clichÈs sayings, but there is a reason for that: they always worked.

Thank you for taking the time to find these quotes, and if you would forgive my impertinance for taking the next two posts or so, I would like to share my own favourites quotes, those that have uplifted me in my darkest times, or just simply captured my heart. Some are sad, some are happy, and though some are perhaps not words of encouragement, they are thought-provoking. And almost all are from Doctor Who and Tolkien. Sorry... They are my favourite show/movie of all time.

Which reminds me to also congratulate you on finding unique quotes that I didn't saw before (I didn't knew David Tennant did such a quote; and very adorable picture, btw ).

So, my favourite quotes (for now, and from what this silly head can remember).

I wanted to start by giving you personally this one, which I realized sounded almost exactly like your last words in your OP. Its from the 11th Doctor, and though you spoke of our relationship to the stars absolutely beautifully, I don't know if you know this quote from him:

You two should go on a contest as to whom gave the best star-related comforting speech.

And the rest (I've tried to randomize them as much as possible, even though it is almost impossible): 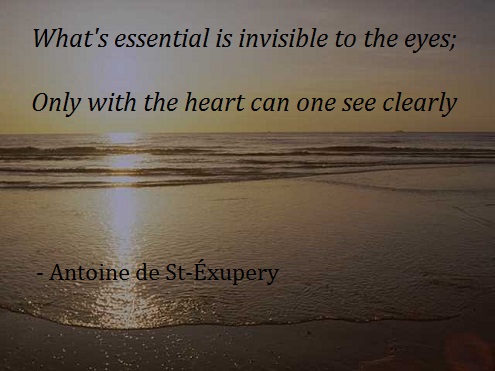 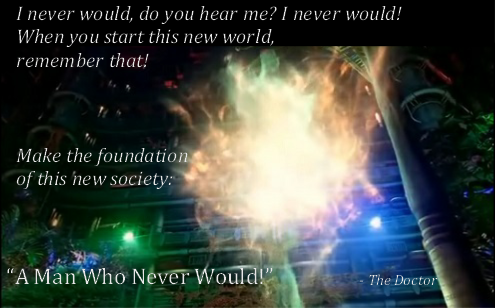 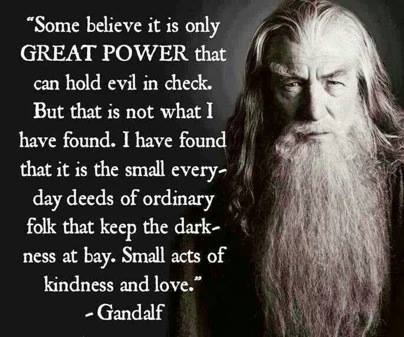 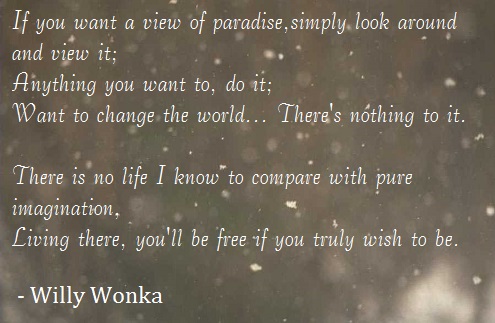 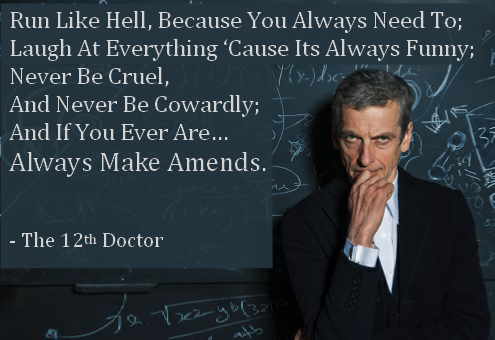 I would finally like to end with this clip from one of the Doctor Who episode. Though it isn't a word of encouragement, it is nonetheless a little conversation that some people out there should remember more often. It speaks of war and hate, and how it will never bring about any change, and I believe it to be relevant in our modern world. Not just overseas, but right here, in our own countries.

That is a very beautiful quote, Night Star! :thumbsup: Sometime people wonder how they can create something beautiful. One can, but spreading existing beauty can also perfectly work.

Thank you for reminding all of us. (hug)

Aww! And for you: