Displacement: 3000 tonnes standard, loaded
Propulsion: Chinese subsea jetpropulsion of which four minor ones present (minor compared to the ones on the supercarriers)
Flank speed in excess of 70 knots
Full speed at trial: 68 knots
Hull is starseed. Propulsion is known to cause wake in excess of 400 meters.
Armament:

14 cruiser type anti ship harpoons capable of penetration, Bessemer, 680mm. ( Chinese trial)
16 air to surface (know that sounds strange) missiles that can penetrate deck of John F Kennedy without concern. Jfk being the one undergoing refit at York.
Warhead of the surface to surface harpoon is nuclear - mininuke. Devastates any ship hit. (real life situation)
Warhead of air to surface missiles is same.

Weakness: blow it out of water with msg1416.

Is there any need to create a thread just for this? There are many websites with various countries weaponry statistics. You need a little more information and your opinion in your OP than just list weaponry stats otherwise your thread will die an early death.

Wow, if you don't even know that the JFK has been retired since 2007, and was an Operational Reserve Carrier from 1995, and that no US carriers undergo refit at York, then how can anything you say be taken seriously?
edit on 12/1/2015 by Zaphod58 because: (no reason given) 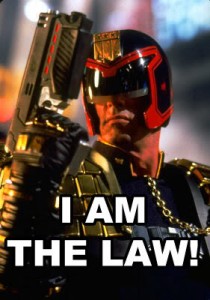 originally posted by: FredrikV
Weakness: blow it out of water with msg1416.

So it can be destroyed with MSG, huh?

All we have to do is cover it in Chinese take out and it will sink...

So because he's ESL that excuses the fact that he doesn't know that a carrier was retired 8 years ago, and that overhauls aren't done in York?


originally posted by: FredrikV
Weakness: blow it out of water with msg1416.

So it can be destroyed with MSG, huh?

All we have to do is cover it in Chinese take out and it will sink...

Special fired rice should do it.

tried to look up info and pics on this and I see nothing that substantiates this claim at all
edit on 12/1/2015 by ManBehindTheMask because: (no reason given)


C'mon now the Op gave a perfect description of the vehicle, it should have been easy to find.......

(post by StargateSG7 removed for a manners violation)
EA006

Chinese agents suck at scaring people......could at least have made it look like a T-rex or Megalodon....

Having said that the Japanese may have thought the Megalodon looks like a whale and killed it causing an international incident......

posted on Dec, 1 2015 @ 02:53 PM
link
en.wikipedia.org... i believe the OP was talking about these or the type 22 missile boats they use to patrol their coasts (brown water navy vs blue)

www.popsci.com... could be this "spy ship"

16 "232" Catamaran Spy Ship This Chinese catamaran ocean surveillance and research ship, numbered "232", was intercepted by a Japanese P-3C Orion on September 27, roughly 260 kilometers northwest of Okinawa Island. mil.huanqiu.com A Chinese website reported that a JSDMF P-3C maritime patrol aircraft, on September 27, tracked a catamaran ocean hydrographic spy ship 260 kilometers northwest of Okinawa. Given its gray color scheme, the catamaran, numbered "232", is likely to be operated directly by the People's Liberation Army Navy. It is likely that the 232 was conducting an oceangraphic survey of the East China Sea around Okinawa, as well as possibly listening for any American or Japanese submarines operating in those waters. The as yet unnamed class of ships the 232 belongs to was first launched in 2011, hull number 429 was built at the Huangpu Shipyard. "429", the first This catamaran, "429", is apparently the first of the class of spy ships that the "232" also belongs to. 429 was first launched in 2011, around the time that several other Chinese ASW systems like the Y-8Q patrol aircraft and towed array sonars for the Type 056 corvette, were also gestating. Xinhui via China Defense Forum The 232, like the older "992" spy ship and the Type 022 stealth missile boats, is a Small Waterplane Area Twin Hull (SWATH) type of catamaran, meaning that its two hulls are much wider under the water than at the waterline (think of a boat lying on top of two submarines). Compared to traditional catamarans mounted on two conventional hulls, the SWATH design offers greater stability. The 232 is about 55 meters long, and roughly 20 meters wide. This would place its displacement at about 2000-2500 tons, which is smaller than the 5300 ton USNS Impeccable (which itself was involved in an argument with Chinese maritime law enforcement boats in 2009.

so seems they have a thing for catamarans

www.afcea.org... more info on one of their types of catamarans (type 22)

www.janes.com... wonder if tiawan is coming up with these in response to chinese build ups
edit on 1-12-2015 by RalagaNarHallas because: (no reason given)

Could have just said.....remember the stealth boat from tomorrow never dies....it looks like that.

....while making that comment I remembered the premise of the film was to cause an incident to kick off the NWO.
....Specifically uses the words New World Order.....

yeah i forot about that movie!

originally posted by: Zaphod58
a reply to: StargateSG7

So because he's ESL that excuses the fact that he doesn't know that a carrier was retired 8 years ago, and that overhauls aren't done in York?

Since an earlier version of my post seems to have
been remove due to a a rather sarcastic remark,
I'll have to change the question to:

Is the OP having a fit of:

I'm not mocking the cultural aspect of the OP
because I know first hand how hard English
is to learn.

You try and translate this example:

on a LITERAL BASIS and the
resulting imagery is quite disturbing
to Non-Native English Speakers.

"I was was standing in a puddle of Ink inside
of a pen, jumped out of it and then ran away"

Talk about a hard language to learn....

Anyways, the OP with his poor English is trying
to indicate that the rather large and COMPETENT
Military Might of the USA is utterly defenceless
against a teeny, tiny catamaran which could be
OBLITERATED by single SubRoc fired from a sub.
edit on 2015/12/1 by StargateSG7 because: sp

Hull is starseed. Propulsion is known to cause wake in excess of 400 meters.


Giant supertank. That sounds formidable. How does it move on land? Does it have tracks? Is it a hovercraft?