The leap of consiousness 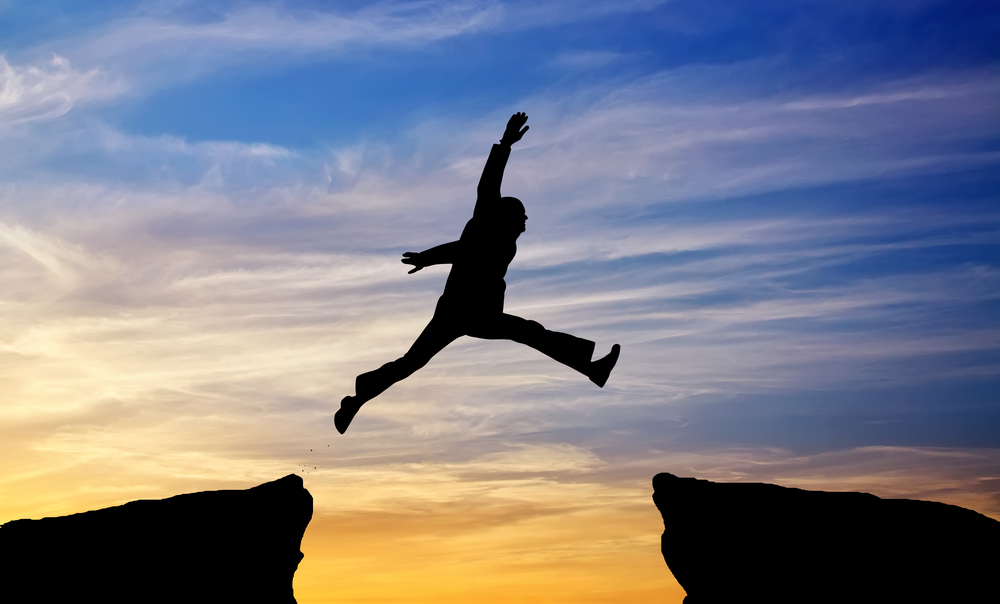 The consciousness speciality
The sooner we become aware of consciousness and its great advantages for human life, the better it will be for everyone. We can enter multiple levels of consciousness or just stick to the mind set we are accustomed to. Of course, if we have not come across a different consciousness we may never step out of our current one. The biggest dilemma I have seen in this subject, is that there are many people who "believe" that they are only able to navigate life with there current consciousness. As a simple metaphor, I will use the medium that I am writing on now, a computer.
Imagine another planet that has computers and people but they have been running in Ms dos ever since they were created. On that planet, they never decided or were able to leap out of that mode. Someone arrives from our current 2015 planet/time-line, without their I pad and tries to explain to the users about our way of computing. It would sound rather fantastic and perhaps they would say, what great imagination this person from earth has. None the less, they continue navigating in their own traditional way. On the next visit from earth, a thousand I pads are gifted to the population and a grand presentation of what can be done with that current I pad. Now,surely there will be some amongst them keen on taking the leap. With consciousness, we have much the same scenario. Back in the day, Mozart brought in a new way of perceiving music and life. Where did that come from? What was it? I would say it was a change in consciousness. A new way of living and viewing life,this is the ultimate for humanity. Its up to each and every one of us to take that leap. Once we really start, its impossible to stop.

The text below is from Buckminster Fuller, one who took the leap.

Nobody is born a specialist. Every child is born with comprehensive interests, asking the most comprehensively logical and relevant questions. Pointing to the logs burning in the fireplace, one child asked me, "What is fire?" I answered, "Fire is the Sun unwinding from the tree's log. The Earth revolves and the trees revolve as the radiation from the Sun's flame reaches the revolving planet Earth. By photosynthesis the green buds and leaves of the tree convert that Sun radiation into hydrocarbon molecules, which form into the bio-cells of the green, outer, cambium layer of the tree. The tree is a tetrahedron that makes a cone as it revolves. The tree's three tetrahedral roots spread out into the ground to anchor the tree and get water. Each year the new, outer-layer, green-tree cone revolves 365 turns, and every year the tree grows its new tender-green, bio-cell cone layer just under the bark and over the accumulating cones of previous years. Each ring of the many rings of the saw-cut log is one year's Sun-energy impoundment. So the fire is the many-years-of-Sun-flame-winding now unwinding from the tree. When the log fire pop-sparks, it is letting go a very sunny day long ago, and doing so in a hurry." Conventionally educated grown-ups rarely know how to answer such questions. They're all too specialized.

but how do we jump or in another words initiate the leap?
study?
meditation?
faith?
or it depends on each individual and his desires so it is a thing for one self to discover?

The usual case is that we are only building up or adding to our existing mind-set, but from what I understand you are taking about a paradigm shift. How to stop ruining faster and faster and instead jump?

posted on Nov, 15 2015 @ 04:43 AM
link
How? we firstly open up to the idea as a possiblity, then from there we prepare ourselves for a leap. We keep on trying with everything we have got, some things fail some dont. Faith is requiered for any type of growth and change. Take a few steps in to the land of the unknown. a reply to: UniFinity


it depends on each individual and his desires so it is a thing for one self to discover?


It has to be that way, no more mama and papas! only friends along the way.
edit on 15-11-2015 by ancientthunder because: add quote

Thanks!
nice answer I expected something along those lines.

What is consciousness? You use it a lot, but i feel you have a very different definition than i do?
In this case it is just "way of thinking", or " thought pattern"?

To make a leap forward you have to take two steps back first...

Usually true both literally and metaphorically Especially for the latter since we are living in a world with all these technological toys that some of us shouldn`t really be using until we catch up on a spiritual/human level. And if I quote:

Unfortunately it is only the power some of us care for. By us I mean all of us, human beings. So yeah a leap of consiousness is required before making any more advancements on any level.

Thanks for trying to wake people up

Haha some humans could certainly make the leap from a bee to a dog status.
I was just confused because of the specialisation. Now i have a frame for that. S&F

posted on Nov, 15 2015 @ 10:47 AM
link
Yeah I know what you mean! also to fill in a little more, take your avatar. You could still hold on to your sheep consciousness and be a soldier at the same time. One does not have to eliminate the other, but rather if one wishes integrate it.

We all tend to what gives us the best feedback. What we are good at. But instead we should focus on our flaws, to better ourselves in all possible ways. I do that too.

When was the last time you slept?