posted on Nov, 10 2015 @ 10:03 AM
link
The first of two AC-130J a Ghostrider prototypes has been determined to be unsafe to fly and will be written off. The aircraft, 09-5710, suffered its second departure from controlled flight in two months during an April test flight.

The aircraft was in a high angle slip as part of the controllability testing. The AIB found that excessive rudder input, and failure to recover by the test pilot led to the aircraft tumbling inverted and entering a vertical dive. During the dive they lost 5,000 feet, pulled 3.19 Gs, and oversped the design limit of the flaps by 100 knots.

I heard the aircraft suffered significant damage, but 3Gs in a C -130 is brutal. This was a lot worse than I thought.

Sounds like the test pilots need to not hot dog it as much. Hope they don't break the next one they get.

Here she was before they broke her: 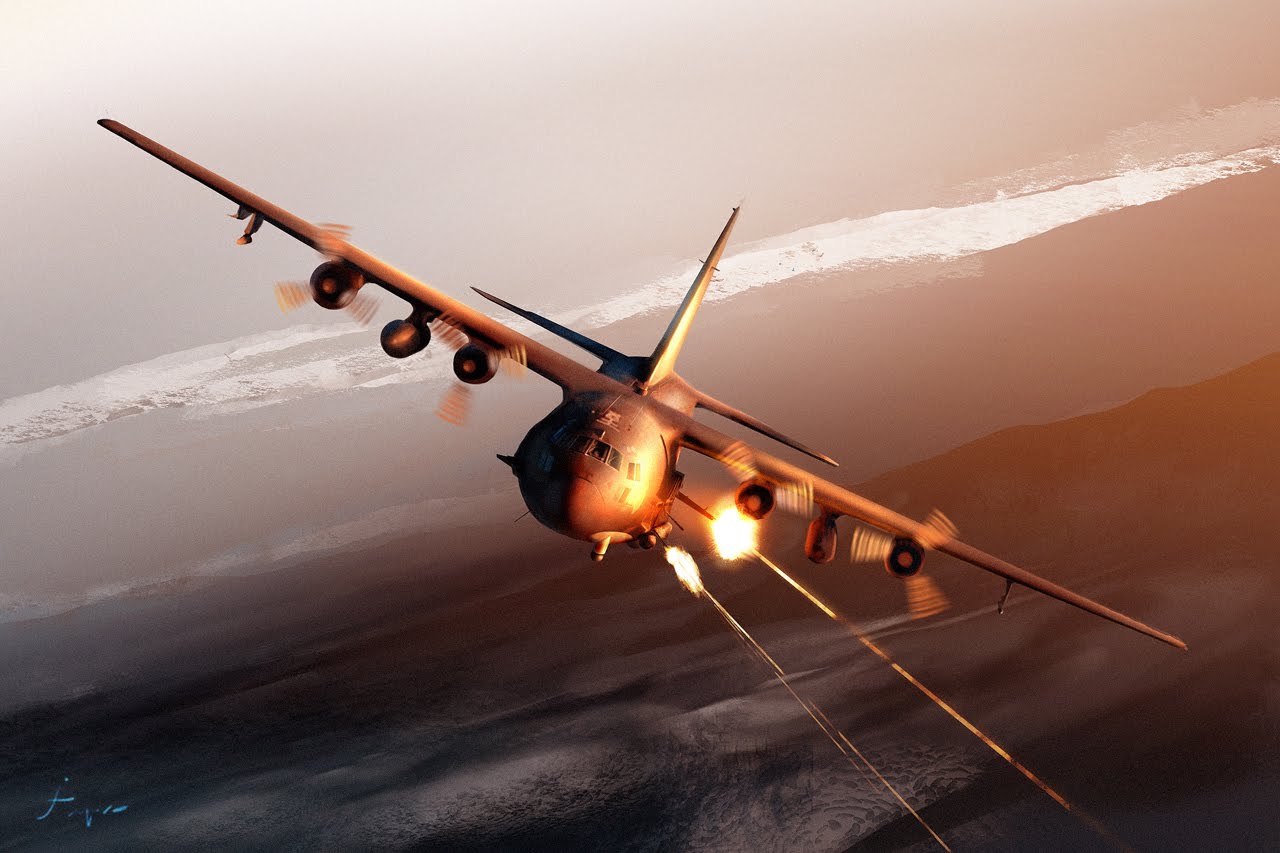 This is a mature airframe. What is so different about this variant that these things are occurring?

The J is quite a bit different than the H performance wise. She reacts a lot different to the added weight of the guns, which was the point of the tests.

She WAS pretty. She's all wrinkly now.

posted on Nov, 10 2015 @ 10:36 AM
link
a reply to: Zaphod58
Sounds like the crew had a good day, in that they landed an aircraft compromised to the point of not being airworthy... and a total loss.
Yikes.

I would have loved to have been on the Over G inspection team on this one. I bet it bent in places that weren't prior to the flight.

I'd be more concerned about where it stretched.

I bet it's got both bends and stretches in interesting places now. Maybe they can convert it to a stretched fuselage aircraft.

My final paper for my Mechanical Engineering degree was about how reduced material cross-sections due to elongation reduces structural strength. I got the idea from a study that was done on helicopter main gearbox bolt failure due to over torquing. I'd like to see how the engine mount barrel nuts held up.

This does not look like a typical C130J flight plan. Did somebody put the "This Way Up" sticker on the wrong way?

dont worry its only money....

It was heard but not mentioned in the report that the pilot's last statement before the departure from control was "Hey! Y'all watch this!!!"

It was also heard but not mentioned in the report that some of the pilot's injuries were caused during the post flight debrief when the rest of the crew kicked the crap out of him.

Well at least it wasn't, "Hold my beer and watch this".

This does not look like a typical C130J flight plan. Did somebody put the "This Way Up" sticker on the wrong way?

I wonder if the copilot, after the plane was righted, asked the PIC "Do they make a barf bag for your a$$?"

Yeah, going inverted in a -130 pretty much guarantees there's no saving that flight suit.

Fitting that the attitude indicator was inverted and a nice shade of poo brown.

It seems like such a peaceful, serene way of describing the hailstorm of expletives and excrement emanating from the flight crew inherent in such an event.

they have ejection seating right? not sure i would punch out while inverted but at least they landed in more or less one piece