Do all "Conspiracies" HAVE to be Death and Destruction Doom and Gloom?

posted on Nov, 7 2015 @ 08:26 PM
link
THIS IS AN HONEST ATTEMPT AT LEVITY FOR THE SAKE OF LEVITY AND A CREATIVE THOUGHT EXPERIMENT OF SORTS. YOU ARE IN NO WAY OBLIGATED TO CONTRIBUTE A MASTERS THESIS OR DEBATE ARGUMENTS TO PROVE YOUR GOOFY CLAIMS ON THIS ONE.

(if you choose to do so, that's on you and no penalty will be given)

And yes, I'm being completely serious.

Daresay, in my oldish age I've seen the rise of conspiracy discussions range from over xeroxed chain letters passed by hand and rather weird encounters with random people on the street to being a full blown nightmare of the internets "oh my god we're all gonna die any moment now and it's only getting WORSE"!

Are there real things out there that need our attentions?
Of course.

An informed and aware populace can only be a benefit to any civilized culture...provided we don't get shell shocked from the constant influx of supersaturation from media outlets - both real...and imagined and/or hyperinflated for the sake of media hit points.

I bring this thread to the ATS membership in the hopes that someone out there remembers when the Illuminati was JUST a card game and not a "predictive prophecy heralding the end of days"....that there are still folks out there left who remember silly rags like Weekly World News and didn't take the dire headlines oh so super seriously.

"Man Eating Men From Mars Invade Small Colorado Town" didn't sent people into a mad flash of anger and panicked infighting and neighbor against neighbor fight fests calling for the heads of all Politicians for not preventing such matters in the first place without a good hearty laugh and knee slap at the end of the tirade.

Does anyone else out there have funny, absolutely RIDICULOUS conspiracy theories that are silly and lighthearted?

If so, would you be willing to share here in thread?

I'd really like to meet you folks and swap goofy headlines just so we don't all go insane from the stress.

"See those orange Bic lighters? They're only in stock when the Mafia has a control on the area. Better grab one and keep it handy so folks know you're down with the Syndicate. Keep an eye on it, cause some folks will try and snag it and run off with it and claim they're acting on orders from the Don. He only let's the clerks put them out when the kids are alright, ya dig?"

It was funny....for a while...until someone took it seriously and orange lighters went scarce for a good long while in that area.

Let's see if this thread can just be silly headlines, yet slightly serious, yet not entirely true....or are they?

Here's my feeble attempt for the moment:

ARKANSAS RAZORBACKS WIN IN OVERTIME AGAINST MISSISSIPPI 53-51 DUE TO AN ACT OF DIVINE INTERVENTION:
God is quoted as saying : "I really like those kids....they've got some serious school spirit. They deserved this win."


Let's try and keep on track and lighthearted if possible.

Is it true?
Could it be for real?
Did every element of this story come from factual data?
Do we require empirical evidence at any expense?
Can I take a break from being serious occasionally?

Will my credibility be called into account at every opportunity after this because I ....*gasp*...had fun and took a load off?

Is it ok to have fun on the Main Page or do I always have to be uber-serious?

This is going to be moved to BTS Jokes, Puns and Pranks isn't it?

IS ELVIS REALLY VACATIONING OFF THE COAST OF NEPTUNE?

I bet he is.
That's why they had to bury this thread in BTS I bet.

Stay tuned and find out!

THE DECISION...(should you chose to believe or disbelieve anything written here).....RESTS WITH YOU.

edit on 11/7/15 by GENERAL EYES because: grammar, formatting and so forth..yet again...sorry about that guys

Got a headline for that?
Maybe a goofy one?

Something we can laugh at rather than go out screaming and tearing each others throats out? I'm not a violent type and could use a break from the Die Hard Truth.

edit on 11/7/15 by GENERAL EYES because: minor grammar glitch in the matrix...resolved for your reading enjoyment...plus headline addition

Sorry about the all caps....that was more for the youngins who don't fully read posts before getting irate.

Sorry sir.
Won't do it again sir.
Have a nice evening sir.

Since they call for a global population measured in a percentage significantly less than 100% of current population, well, yes.

A lot of people have to die for the people in charge to get what they want. A lot.

I'm tipsy and all caps gives me a surge of stress....STOP YELLING AT ME!

What did I ever do to you?

It's probably the most creative one I've come across so far.

the Wood between Worlds

posted on Nov, 7 2015 @ 09:45 PM
link
I once conspired to steal a cookie from the cookie jar. It took three of us to do it because we needed a lookout and a distraction.

originally posted by: GodEmperor
My favorite conspiracy is not doom, gloom, death, and destruction.

It's probably the most creative one I've come across so far.

the Wood between Worlds

That is the absolute most bat # crazy thing I've read in a long time.

I would think that the smurf cartoon would have much more conspiratorial content than the BerentAin bears.

I really do need to get Bob to check that thing, it's all screwy.

Nice. Cookies are pretty awesome.
Worth the risk involved.
Glad you got away with it.


a reply to: GodEmperor


Loved those books as a kid....and that extrapolation is fascinating.
I've bookmarked that one for further reading.

edit on 11/7/15 by GENERAL EYES because: edit to include replies and additional comments

Was the Sicilian mafia doom and gloom?
Its a conspiracy FACT.

Is the drug dealing gangs on the street in the "hood" doom and gloom?
Its a conspiracy FACT.

Is political corruption and bribes/kickbacks doom and gloom?
Its a conspiracy FACT.

Its match fixing doom and gloom?
Its a conspiracy FACT.

Is human trafficking doom and gloom?
Its a conspiracy FACT.

Are political coups doom and gloom?
Its a conspiracy FACT.

Is international organized terrorism advocating genocide to usher in a caliphate doom and gloom?
Its a conspiracy FACT.

Are teams of hackers working for foreign governments breaking into US government databases to steal classified information doom and gloom?
Its a conspiracy FACT.

This thread was supposed to be about LIGHTHEARTED CONSPIRACIES.

I deal with those horrid realities all freaking day and night myself, thanks.

Just wondered if for ONCE we could have a thread that wasn't severe and depressing as a buffer.

Thanks dude, for reaffirming that despite all their brilliance in tracking down and uncovering the Truth some CT'ers still can't comprehensively read a freaking thread without mouthing off their presumptive assumptions that the CT industry is all about the untold horrors on the Human Condition and how WE MUST ALL OBEY THE DIRECTIVES OF BEING SUPER FREAKING SERIOUS ALL THE FREAKING DAMNED TIME ABOUT EVERY LITTLE FREAKING THING.

With a track record like that, no wonder so many don't take the overall community seriously.

It's the freaking JUMP TO CONCLUSIONS MAT.

You broke the bullhorn again due to lack of reading comprehension and attention to detail.

Tell me, how many innocents died this time around due to a hasty oversight?

There's a million threads about those very issues here.
GO DIG ONE UP.

Reading comprehension skills and attention to detail can save lives. 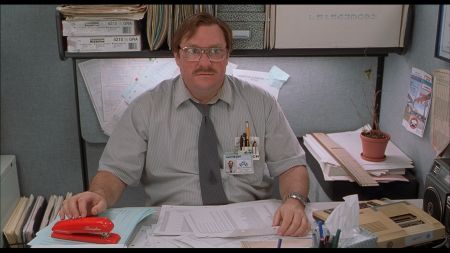 I remember when the only conspiracies we were really worried about were silly goofy ones.

I know there are more hardcore serious ones out there, that really are important and I worry too many people are losing perspective because they focus on the negative too frequently and it turns them absolutely rabid. I have to give myself mental "normalizing" injections of comedy or else I might turn out a mean, jaded biased mean adult with no soul left to save at the End of it all.

Just kinda looking for rainbows even though we're in the in the midst of the storm.

Our mental health depends on it.

Thank you for being beautiful.
Have a wonderfully awesome evening!

edit on 11/8/15 by GENERAL EYES because: the amazing edit! now with fresh lemon scent!

Do you think your future is important?

You're the equivalent of an OUTSPOKEN WAKE UP ACTIVIST who likes to crash childrens parties.

Well done.
So proud of you.

Here's some cake....throw it on the ground....you ain't a part of this system.

I get it.
Well done.

You don't need to be here anymore, you want two halls down on your left, third floor to the right.

Look for the sign that says "Administration"....ask for a University application.
Recent threads tab has things more up to speed for you to show off your "skillz".

Enjoy.
Make a positive difference out there.

However, you failed this course with flying colors.
Consider that a good thing.

DORK CAN'T DISTINGUISH HIS LANGLEY CAMPUS OFFICE FROM OFF CAMPUS DAY CARE CENTER....NEEDS NAP TIME AND TIMEOUT...FALLS ASLEEP WITH BIRTHDAY CAKE ON FACE....LAST OFFICIAL STATEMENT BEFORE PASSING OUT WAS "WAKE UP SHEEPLE".

Now let that one bake your noodle, kiddos.

Now, who would like to read the BearenSTEIN Bears?


*STEIN - not Stain.
You must come from that other timeline, ja?

If you don't know what a STEIN is you're clearly an idiot.

But drink up anyway, dipwad - this round is on me.
Dweeb.

PARALLEL UNIVERSES COLLIDE IN A BATTLE TO THE DEATH!
BRAINS -vs- BRAUN
WHO WILL THE WINNER BE THIS TIME AROUND?

STAY TUNED FOR THE NEXT EXCITING EPISODE OF "WTF AM I READING HERE EXACTLY?"

We now return you to your local news.


edit on 11/8/15 by GENERAL EYES because: (additional snark, translated from the german)

posted on Nov, 8 2015 @ 05:27 PM
link
Always had a thing for conspiracy, back in the day, for me at least, it was just some cool mysterious aspects to UFOs, Bigfoots and the Supernatural.

It wasnt till I started lurking around ATS some time around 2010 that the bigger and scarier conspiracies started to rattle me and it just wasnt confined to UFOs, Bigfoots and the Supernatural, it was bigger and into areas and all aspects of our lives, kind of nerve wracking.

The doom and gloom of current day conspiracies are all over the place, back in the day all I had to fear from was Y2K and Doomsday 2012. Thats TWO.

Thats why I stick to cryptozoology, conspiracies with unknown animals is lighthearted and fun!

Everything hidden..(except for surprise birthday parties) has a dark meaning to it. Conspiracy has by definition to do with concealing stuff. There you go..