There are many millions, tens of millions who still have love. But the majority of mankind has lost it.

Love. That is what makes us different from the beasts. Those who have no love, imagine we are nothing but beasts.

It makes me shed a tear.

I watch YouTube and what I see are a lot of videos about loving animals that are spread far and wide. But what about humans? Only those that spread hatred and perhaps are full of bloodshed.

Even the most watched programs are filled with the most disgusting things imaginable, and lots and lots of blood, the same as video games.

The majority of humankind love bloodshed, and hate people.

originally posted by: JackReyes
Humankind has almost lost their way to love.

But what about humans? Only those that spread hatred and perhaps are full of bloodshed.


The majority of humankind love bloodshed, and hate people.

OP With all the negativity we are exposed to on a daily basis, things like the news and the internet, its sometimes hard not to think this way but if we do give in and think this way then we are only perpetuating the problem.

A little positivity here and there can do wonders.

Also i can't remember who said it but a lovely quote that applies to this op is as follows, be the change you wish to see in the world.

And I do. When I was a the local "7/11" I the same handicapped boy who is always their asking for money was there. I sat down next to him and listened to him ramble for a few minutes, don't know what he was saying. He had clothes filled with holes, and was smelly and dirty.

After letting him talk I took him into my arms and hugged him and said, "I love you." And took out a meal I had made at home and gave it to him. And he started to cry, and held on to me for awhile.

I was at the local liquor store where a drunk is always getting into fights, and he called me over, and asked me if what he was doing was right, he knew me from passing. I looked him in the eyes and told him he was stupid. He has two children and a wife, what was he doing always drunk and getting into fights? He started to cry. I hugged him and said, "I love you. But you are a fool."

I could fill this page with experiences like this. It isn't about me. It's about the majority of mankind.

Turn on the news. It is replete with people who do not know how to love. And it is full of hatred and violence, every single day.

Even those who want to run the United States, those running for President, not a single one of all of them know what loving humankind means.

And very few who read this know what it is as well.

That is what makes me sad.

Sounds like your doing some good helping people one at a time.

Its going to be a difficult and long road to changing to world especially with all the conflict,mini wars, religious psychopaths and stuff running around spreading violence and hate but if people like you keep doing what your doing,the end result doesn't seem like such an impossibility.

good luck OP and spread the love to all.

posted on Nov, 2 2015 @ 09:07 AM
link
" Love and compassion are necessities, not luxuries. Without them humanity cannot survive "
...the Dalai Lama

posted on Nov, 2 2015 @ 09:51 AM
link
It is difficult to see so much hatred and chaos around the world. Just be your loving self and spread the light wherever you go like you've been doing. Like a ripple effect, it will spread. 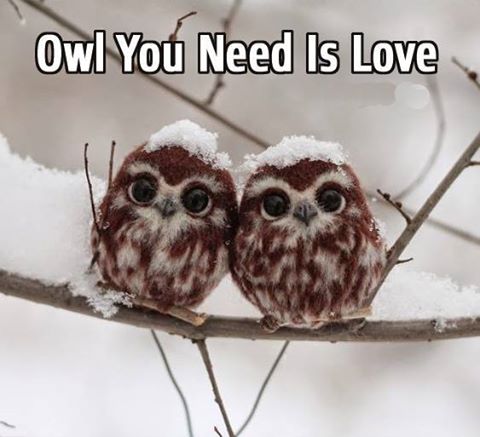 originally posted by: ColeYounger
" Love and compassion are necessities, not luxuries. Without them humanity cannot survive "
...the Dalai Lama


"I don't love or hate and yet I've seen the death of the dinosaurs and the birth of humanity"-insect lord Thorax.